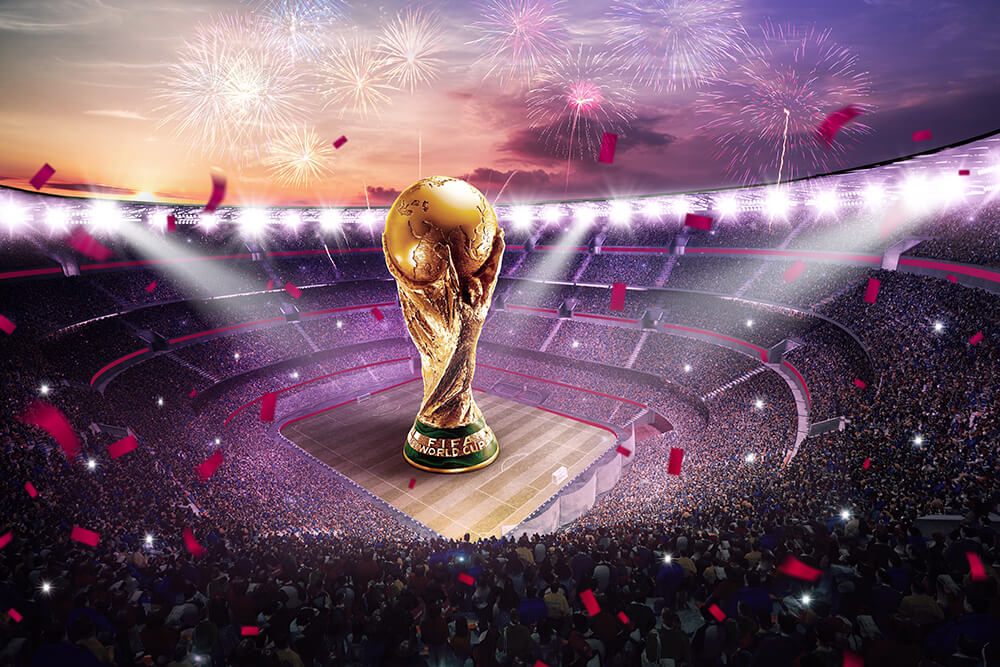 World cup and politics are now together

One of the biggest sporting events in the world will be watched by billions of people in Qatar. More off-field controversies than the unpredictable VAR video review system that can infuriate fans have so far consumed the tournament.

Since before the first match, debates have raged over FIFA’s obstruction of European teams’ efforts to support LGBTQ+ diversity, women’s rights, the treatment of immigrant workers who built air-conditioned stadiums in the desert, and the availability of alcohol in the Muslim country. The dramas rekindled concerns that a sport that advertises itself as inclusive ignores human rights and political repression in Qatar in exchange for a cut of the oil wealth of its host country, a country with little cultural or historical ties to the beautiful game.

A situation that reflects the conflicts in the world

Any World Cup that expects to draw a sizable portion of the world’s population to watch its final match in December will inevitably reflect current social and political trends. For instance, in their opening match against England on Monday, Iranian players chose not to sing their national anthem, possibly in protest of the brutal repression of dissent roiling the Islamic Republic.

Sports are changing in general as a result of the shift in global power, not just football. Formula One now sends its racers onto several Middle Eastern circuits, rivaling football’s global reach. Additionally, the Public Investment Fund of Saudi Arabia is working to end the PGA Tour’s illustrious monopoly over US golf. The practice of an authoritarian country trying to improve its image in the face of harsh criticism of its political structure and record on human rights is known as “sports washing.”

Political disputes and allegations of corruption cast a shadow over Qatar’s significant event.

Like many major international events, the World Cup is forcing spectators to think beyond the result. FIFA has long been the target of accusations of corruption surrounding the awarding of the tournament to Qatar and its predecessor in Russia in 2018. The US Justice Department claimed in 2020 that FIFA officials in Russia and Qatar were bought off. Both nations vehemently refuted the claims.

But more recent scandals have rocked Qatar 2022 and put FIFA in an embarrassing position. In addition to Wales and England, the Netherlands, Belgium, Denmark, Germany, and Switzerland intended to participate in the “One Love” initiative. However, their governing associations charged FIFA with threatening the players with athletic sanctions, including potential yellow cards that could result in their dismissal if they received a second one for a foul in a game.

The degree to which visiting fans should respect local customs that conflict with their own values and freedoms is in question here. But discrimination is a factor here as well. After a bizarre news conference by FIFA President Gianni Infantino, who accused Western countries of hypocrisy, before the first game, there were suspicions that FIFA had once more given in to pressure from the Qatari government.

claims that Qatar, where homosexuality is prohibited, was responsible for the armband ban denial. England captain Harry Kane, who didn’t wear an armband, joined teammates in taking a knee in a protest against racism prior to kickoff.

The US will soon experience FIFA’s World Cup politics.

It is not uncommon for a major sporting event to take place in a politically charged environment. Modern athletes, who are brands in and of themselves, appear to be more and more willing to support causes in a way that challenges the governing bodies of their sports.

For instance, Colin Kaepernick, a former quarterback, started a worldwide sporting and political movement when he refused to stand for the National Anthem during the 2016 season in protest of police brutality against black men. Additionally, the absence of Kaepernick from the league for so long raises questions about the sincerity of the anti-racism campaigns in sports.

Other leagues, such as the NBA, have been more outspoken in their support of athletes’ political speech. However, it’s a fine line. Basketball has additionally come under fire for its lucrative business ties to repressive China. Since the US, Canada, and Mexico will host the next World Cup, political activism will probably increase.

Despite calls from some fans, sports should continue to be free from political, social, cultural, and religious trends and conflicts. Therefore, it’s a safe bet that when the football circus comes to the United States in 2026, a fresh off-field controversy will be vying for attention alongside the result.