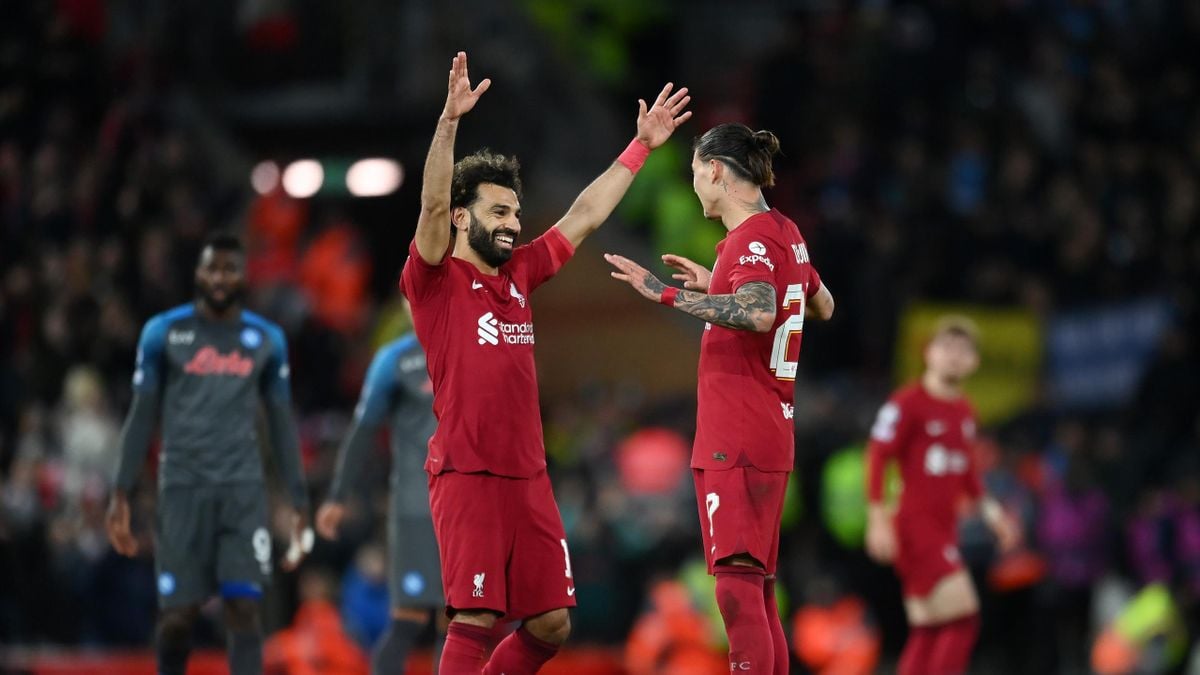 Ornstein, one of the most respected journalists worldwide for inside information on the soccer industry, claims FSG has a “full sales presentation” prepped for interested parties. Goldman Sachs and Morgan Stanley are assisting in the evaluation process, according to the report.
Liverpool is one of the most famous and successful soccer teams in the world.

Mincing Words
In a statement Monday, the company did not go so far as saying the club is wholly up for sale.
“There have been a number of recent changes of ownership and rumors of changes in ownership at EPL clubs, and inevitably we are asked regularly about Fenway Sports Group’s ownership in Liverpool,” the company said. “FSG has frequently received expressions of interest from third parties seeking to become shareholders in Liverpool.

FSG has said before that under the right terms and conditions we would consider new shareholders if it was in the best interests of Liverpool as a club. FSG remains fully committed to the success of Liverpool, both on and off the pitch,” it added.

FSG has presided over an era of resurgence for Liverpool. During that time, the team has been dominant on the world stage, winning the English Premier League, the FA Cup, the UEFA Champions League, and the FIFA Club World Cup.

But it wasn’t all plain sailing. Liverpool was one of the 12 founding members of the ill-fated European Super League concept, an MLS-style intercontinental competition prominently backed by FSG. The idea was universally despised by fans, resulting in demonstrations outside stadiums.
The company’s failed effort to trademark the word “Liverpool” in 2019 also sparked outrage, not least among the residents of that city.

Why Sell Now?
FSG’s decision to court potential a buyer may have been influenced by the $5.2 billion sale of Chelsea to a consortium of investors led by US billionaire Todd Boehly, coowner of the LA Dodgers and the LA Lakers.
The current weakness of the pound against the dollar also makes this an attractive time for a sale.

In 2021, FSG sold an 11% stake in the company for $750 million to RedBird Capital Partners. It reinvested the money to take a controlling stake in the Pittsburgh Penguins.
Liverpool’s start to the season has been surprisingly subpar. The team currently sits eighth in the table, and oddsmakers have it at 33/1 to win the league. It’s a dramatic fall in form for a team that started the season as second favorite.

Some fans blame FSG for the drop-off. They point to Liverpool’s buy-to-sell policy and a lack of financial help from the owner, which they argue has resulted in a failure to future-proof the team in recent years.