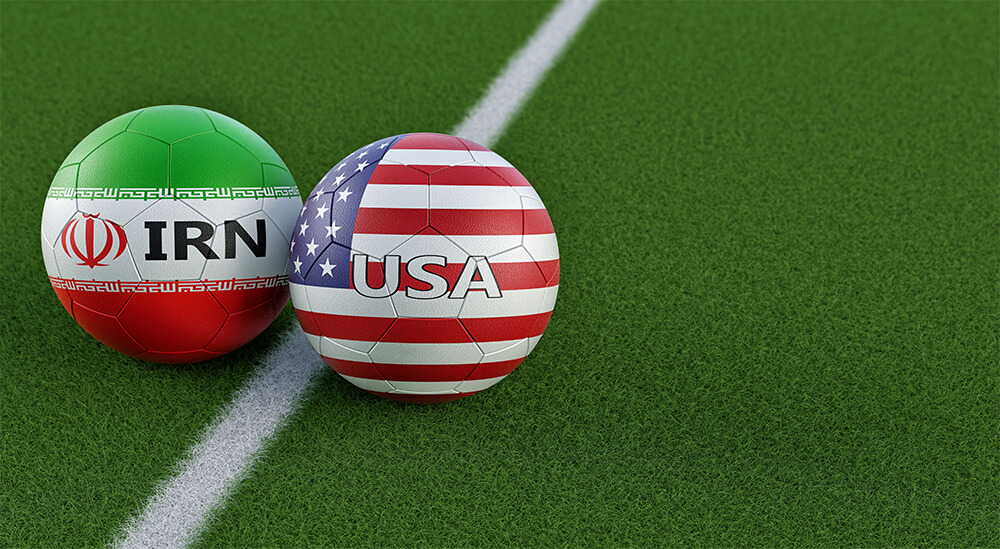 Iran demands that the US be excluded from the World Cup.

The US has allegedly “disrespected” Iran’s flag by posting images of it on social media without the Islamic Republic’s emblem, according to the Iranian soccer federation.The governing body of American soccer temporarily displayed Iran’s national flag on social media without the Islamic Republic of Iran’s emblem as a sign of support for protesters.
The image, which was published on the United States Soccer Federation’s (USSF) official Facebook, Instagram, and Twitter accounts, has since been removed.

Iran, however, claims that this is insufficient and has demanded that the United States leave the Football World Cup. The Iran flag has three red, white, and green horizontal bands with the word “Allah” scripted in the middle.
The word was taken down from the soccer federation’s posts, according to a statement from the USSF, as a sign of support for “women in Iran fighting for basic human rights” after the death of a young Iranian woman Mahsa Amini, while in morality police custody.

The Iranian flag only had its green, white, and red colors displayed on the US men’s team’s Twitter account, along with a banner listing the team’s group-stage matches and points earned. A post on its Facebook and Instagram pages revealed the same.
By Sunday afternoon, the altered flag had been taken down and the regular flag with the emblem had been reinstated in the Twitter banner and the Facebook and Instagram posts. In 1980, the US and Iran ceased diplomatic relations, and any hopes of these two countries having a good relationship seemed to be dimming daily. Some Iranians believe the USA is using this approach to cause confusion, doesn’t really care about the Iranian people, and is a hypocrite when it comes to human rights issues.

Tuesday will see the nation’s football teams square off in their final group-stage match, but on Sunday, a representative of the Iranian soccer federation demanded that America be kicked out of the World Cup over an incident that they claimed had “disrespected” Iran’s flag.

In the meantime, the Iranian football team chose not to sing the national anthem before their opening match in the tournament against England in support of the domestic protesters. They were, however, warned that they should sing the anthem properly before their second match against Wales.