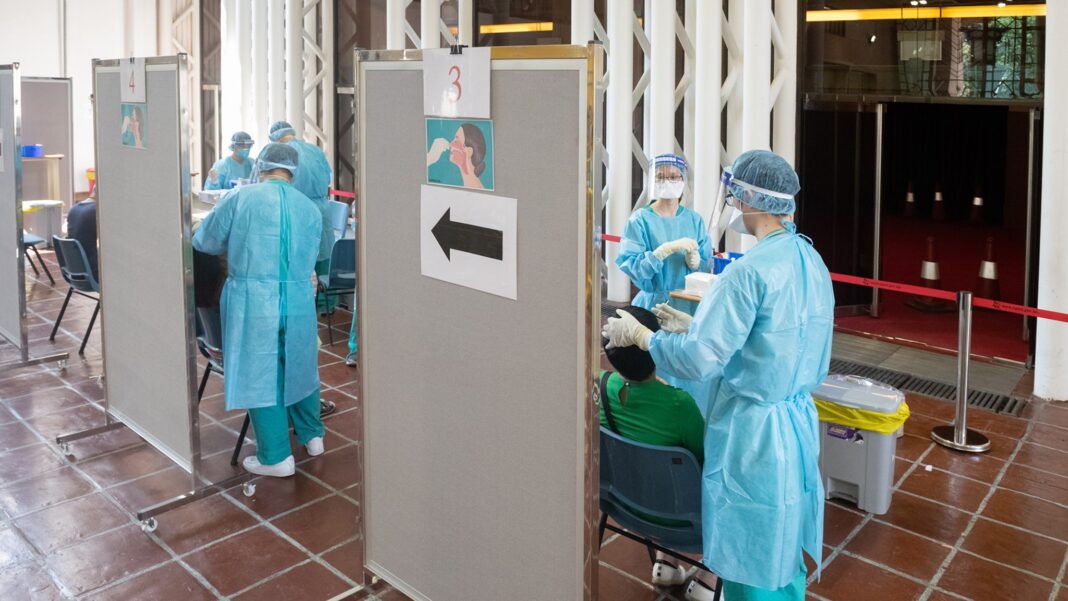 All individuals arriving in Macau from China are now required to take a COVID test two days after their arrival. The measure is also retroactive to all arrivals from mainland China from November 17th.
The measures are in response to the ‘more critical epidemic situation in the city of Zhuhai’, across the border from Macau.

Anyone who does not take the test upon the second day after arrival from mainland China will be subject to a Yellow Health code, restricting entry to certain venues, including casinos.

If the NAT isn’t taken on the third day, the health code converts to Red, restricting entry from all venues.

Currently, any individual entering Macau from Zhuhai is already required to display a negative nucleic acid test result taken within 24 hours of arrival.

China is currently fighting COVID outbreaks in multiple provinces, with 26,824 new local cases recorded on Sunday, according to reports.

One of the epicenters is nearby Guangzhou, which has already ordered a five-day lockdown of its Baiyun district, suspending entertainment in the city’s main business district with over 8,100 cases registered on Sunday.

Macau recently conducted mass testing on key groups after another imported case was registered, resulting in the closure of the non-gaming venue Harbourview Hotel and mandatory testing of workers and clients of Sands China and Fisherman’s Wharf.

The news caused a tumble in the stock prices of Macau’s concessionaires.

Late Monday, authorities notified that a traveling partner of the infected tourist had also tested positive, although given that the two had the same itinerary of travel, the result is unlikely to result in further closures or testing measures.

While entry from mainland China is the only avenue that doesn’t require a five-day hotel quarantine, authorities constantly update a list of districts, subdistricts, cities and provinces from which visitors must be subject to quarantine.

Macau’s Chief Executive recently stated that the elimination of quarantine on arrival would not drive an uptick in visitation, further cementing the SAR’s singular focus on the Chinese market.