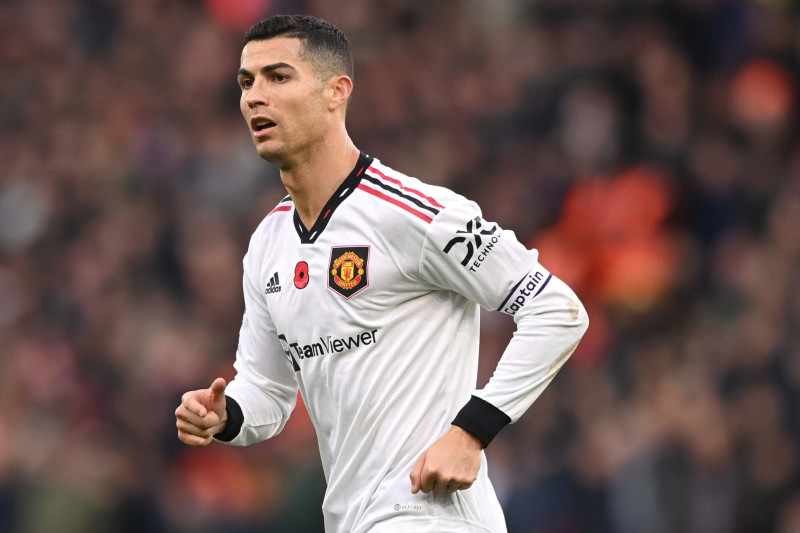 The 2022 FIFA World Cup in Qatar begins in seven days, and while Cristiano Ronaldo has his sights set on winning Portugal its first-ever World Cup title, he took the time to reflect on his season with Manchester United.

In a candid interview with Piers Morgan, Ronaldo said he feels “betrayed” by the way Manchester United has treated him in his return this season and feels the club is trying to force him out:

Ronaldo opted to return to Manchester United during the 2021-22 season after departing the club for Real Madrid in 2009. He spent nine seasons with Los Blancos before joining Juventus in 2018.

The five-time Ballon d’Or winner played one game for Juventus in 2021-22 before signing a two-year deal with the Red Devils in August 2021 with the option for a third year.

However, Ronaldo’s return to Old Trafford hasn’t gone as he expected. While he scored 24 goals across all competitions last season, Manchester United finished sixth in the Premier League and were eliminated from the UEFA Champions League in the round of 16.

In addition, the Red Devils failed to qualify for the Champions League this season and are instead participating in the UEFA Europa League. They are currently fifth in the Premier League table with an 8-2-4 record.

Ronaldo’s desire to compete in the Champions League led to reports in July that he requested a transfer from Manchester United in order to “continue to play Champions League football” in 2022-23.

However, Ronaldo also told Morgan that he is unhappy with the lack improvements the club has made since he left in 2009.

“The progress was zero,” Ronaldo said. “Since Sir Alex left, I saw no evolution in the club. Nothing had changed.”

Since July, things have unraveled further for Ronaldo, who has been relegated to the bench, making just four Premier League starts for the Red Devils this season. He has just one goal in 10 Premier League appearances, and tensions between himself and manager Erik Ten Hag continue to worsen.

The hostility between Ronaldo and Ten Hag appeared to hit its peak last month when the Portuguese international refused to come off the bench as a late substitute in a match against Tottenham and instead went back to the locker room.

That led to Ten Hag suspending Ronaldo for the club’s next match against Chelsea, and he also did not train with the senior team during that suspension.

In his bombshell interview with Morgan, Ronaldo said he doesn’t have respect for Ten Hag because the manager has no respect for him.

With the World Cup set to begin, Manchester United will not be back in action until Dec. 7 in a friendly against Cádiz CF.

It’s hard to envision how Ronaldo can move forward with the club following his interview with Morgan. If he has played his final game with the Red Devils, it will be interesting to see whom he suits up for next.