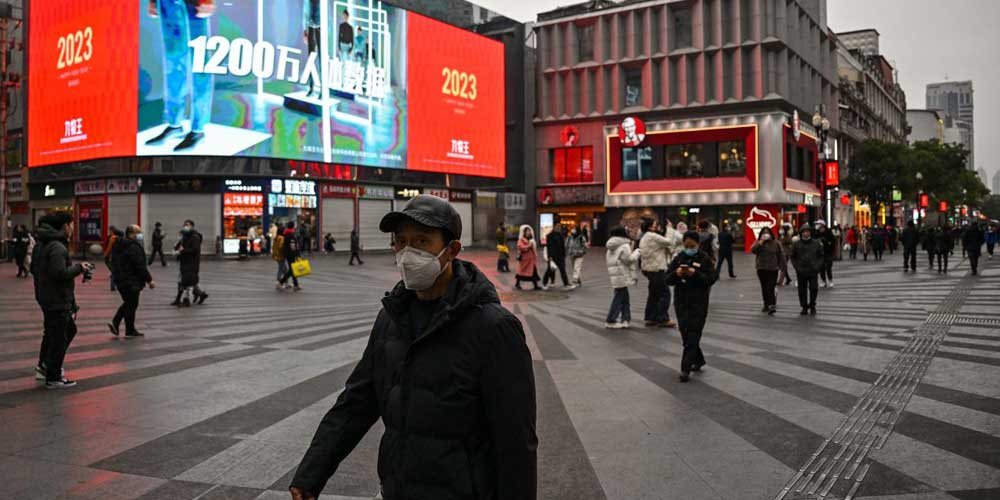 Eight in 10 people in China have now been infected with Covid-19, a prominent government scientist has claimed.

Wu Zunyou, the chief epidemiologist of China’s Center for Disease Control and Prevention, said on Saturday – the eve of the Lunar New Year – that the present “wave of epidemic has already infected about 80% of the people” in the country of 1.4 billion people.

His claim came amid concerns the travel rush that takes place around the Lunar New Year holiday period – sometimes dubbed the ‘world’s largest human migration’ – could spread the virus to the countryside and cause a second wave of infections.

But Wu, speaking on his personal social media account, said this scenario was unlikely as so many people had already been infected.

“In the next two to three months, the possibility of a large-scale Covid-19 rebound or a second wave of infections across the country is very small,” Wu said.

China’s Ministry of Transport estimates over 2 billion passenger trips will take place during the 40-day Lunar New Year season as people across the country return to their hometowns for family reunions for the first time without domestic travel restrictions since the start of the pandemic over three years ago.

Chinese state broadcaster CCTV reported on Sunday that more than 26 million passenger trips were taken on the eve of Lunar New Year.

More than 4.1 million people traveled by train and 756,000 people by air for holiday reunions on the day before the start of Lunar New Year, CCTV added.

The country’s road transport system registered more than 20 million passenger trips on the same day, 55.1 % higher than the number from 2022.

As of Friday, China’s transport system had handled over 560 million passenger trips in the first 15 days of the 40-day ongoing Spring Festival travel rush via rail, highway, water, and air, up 47.9% from the same period last year, according to CCTV.

Skepticism over infection figures
Previously, research by the National School of Development at Peking University had suggested more than 900 million people, or 64% of the Chinese population, were “likely” to have been infected with Covid-19 as of January 11.

The university’s research also suggested the epidemic peaked across much of the country on December 20, about 13 days after China began easing its Covid restrictions.

By the end of December, infections had peaked everywhere in the country, according to the research.

Chinese health authorities have made similar claims, saying on Thursday that visits to clinics for fever and Covid hospitalizations in China have declined since their peaks in late December and early January respectively.

According to the authorities, the number of Covid patients needing critical care in hospitals has also peaked.

Nearly 60,000 people with Covid died in Chinese hospitals between December 8 and January 12 after China abruptly scraped its “zero-Covid” policies, according to government data.

However, the World Health Organization’s executive director for health emergencies Mike Ryan suggested earlier this month that the numbers released by China “under-represent the true impact of the disease” in terms of hospital and ICU admissions, as well as deaths.

According to an internal estimate from the nation’s top health officials, in the first 20 days of December almost 250 million people in China may have caught Covid. If correct, the estimate – which CNN cannot independently confirm – would account for roughly 18% of China’s population.

Source: https://edition.cnn.com/2023/01/22/china/china-covid-80-lunar-new-year-intl-hnk
Other Interesting: Countries that Gamble the Most
See other website: http://www.orientalgame.com/