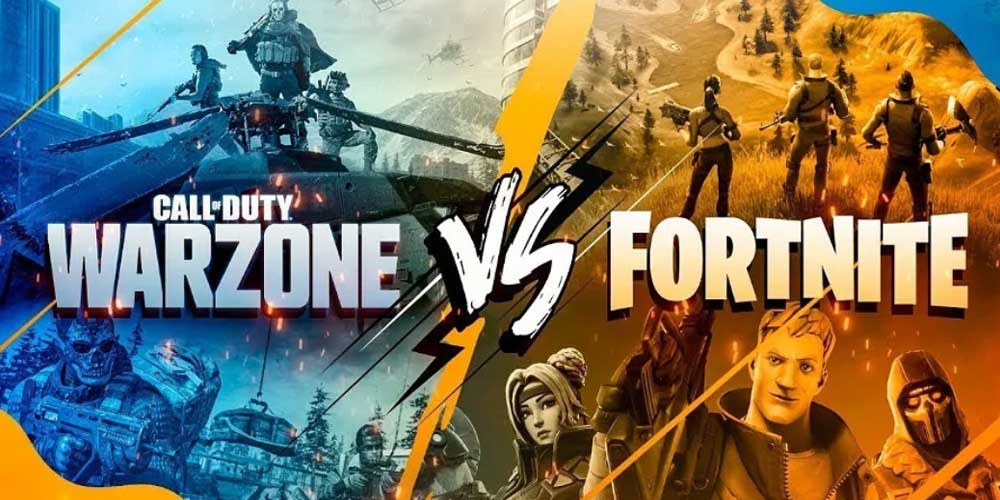 More battle royale games are now available than ever before, but when it comes to selecting one is the best, a few definitely stand out but Call of Duty: Warzone and Fortnite, are two of the front-runners in this discussion. Both of these legendary free-to-play series have their strengths, but which is superior? How do the two of them compare to one another?

Which game, “Warzone” or “Fortnite,” is superior?
While the basic notion of both games is quite similar, they differ in a number of ways that make them appealing to different groups.
First off, Fortnite is unquestionably the most well-known game. According to data, the famous multiplayer battle royale game has 2.9 million online players whereas Warzone only has 312,000. Fortnite might be a fantastic option if you are seeking for a game where you can play with more pals or for a means to meet people online.
Having said that, it is well known that Fortnite tends to draw a younger audience. Players must be 13 or older to access the title because it is rated T.

Contrarily, Warzone has a M rating, which means you must be 17 or older to even buy the game. Naturally, this means that if you play Warzone with a stranger, it’s possible that you’ll encounter older players in the conversation. In addition to having a more realistic setting than Fortnite, Warzone also contains more brutal violence and horror than its cartoonish rival. If you’re a sensitive gamer, you might want to think about this. There are plenty of quirky and unique features and weaponry in Fortnite for those who enjoy collecting new performance enhancement features for their characters and guns, and given how frequently new items are created, you’ll always have new ones to check out.

What Game Should You Engage In?
Which of these games is best for you really relies on your play style preferences, as with most things of this kind. Fortnite might be an excellent place to start if you’re new to battle royale games and first-person shooters in general. You’ll find it far simpler to learn how to play this game than Warzone because of its larger audience and approachable playstyle.
However, Warzone will probably be preferred by people who have long been Call of Duty enthusiasts. Warzone’s controls are more accurate and have a higher level of difficulty, so individuals who have played first-person shooter games before should be able to play it.