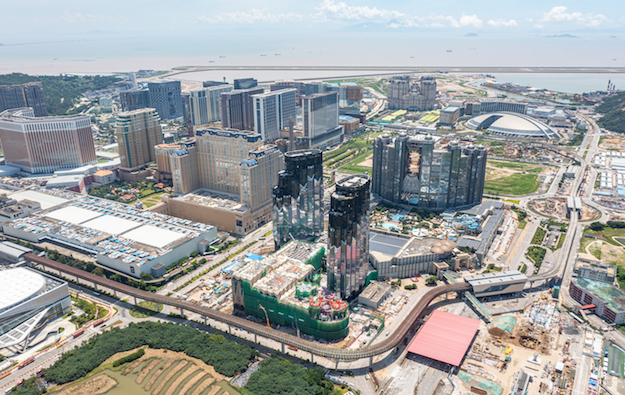 The promoter of the Studio City casino resort in Macau’s Cotai district plans to open first a self-branded hotel for its Phase 2 followed by a “W” hotel, suggests a note from Morgan Stanley Asia Ltd.

The information was based on management commentary from Studio City’s main backer, Melco Resorts and Entertainment Ltd, at the recent Morgan Stanley 21st Asia Pacific Summit, said the financial institution.

The note referred also to the casino group’s under-construction City of Dreams Mediterranean, the flagship property for its Republic of Cyprus monopoly licence.

“The remaining capital expenditure… is US$135 million for Studio City 2.0 and US$120 million for Cyprus,” wrote analysts Praveen Choudhary and Gareth Leung.

The firm had mentioned the W property would be known as “W Macau – Studio City”, with 127 suites as part of its 557-room inventory.

Melco Resorts, which also runs the fully-owned City of Dreams and Altira casino resort properties in the Macau market, reported a net loss that widened to US$243.8 million in the third quarter of 2022.

Morgan Stanley said in its November 17 note about the management’s commentary, that Melco Resorts would need “25 percent to 30 percent of pre-Covid GGR [gross gaming revenue] excluding junket VIP for EBITDA [earnings before interest, taxation, depreciation and amortisation] to break even.”

Morgan Stanley noted that Melco Resorts’ daily fixed operating expenses were US$1.6 million in third-quarter 2022, versus US$1.7-million to US$1.8 million in second-quarter 2022.

Geoff Davis, chief financial officer of Melco Resorts, had noted on the third-quarter earnings call, that spending-wise, the company had benefitted from the 12-day closure of the firm’s gaming venues in Macau during that reporting period. It had related to a community outbreak of Covid-19 that started in June and spilled over into July.

Nonetheless, Morgan Stanley said in its update, citing management, that “15 percent to 25 percent” of the quarter-on-quarter reduction in daily costs “could be permanent”.