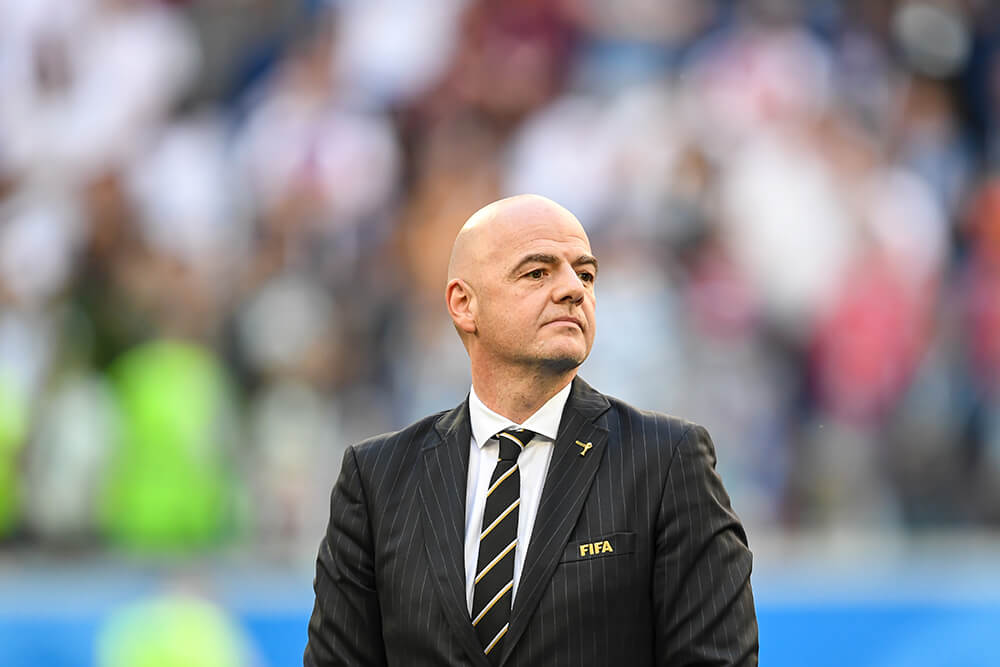 Since 2010, when Qatar was selected by FIFA to host the World Cup, it has come under fire. According to Equidem, migrant workers who built Qatar’s World Cup stadiums frequently put in long hours under difficult circumstances and suffered from discrimination, wage theft, and other abuses as a result of their employers’ avoidance of responsibility.

Infantino defended the nation’s immigration laws and commended the administration for hiring immigrants to fill jobs.
Infantino said, “We close our borders in Europe and don’t let almost any worker from those countries, who obviously earn very low incomes, work legally in our countries. “Europe could do as Qatar did if Europe would really care about the future of these people, these young people.”

Qatar is run by a hereditary emir who adheres to the ultraconservative Wahhabi school of Islam and has complete control over all political decisions. Under intense international scrutiny, Qatar has recently implemented a number of labor reforms that have received praise from some rights organizations. However, advocates claim that there are still many abuses and few channels for workers to seek justice.

However, Infantino persisted in criticizing the West. Infantino, who last year relocated from Switzerland to live in Doha in advance of the World Cup, said, “What we Europeans have been doing for the past 3,000 years, we should be apologizing for for the next 3,000 years before we start giving moral lessons to people.”

Amnesty International responded to Infantino’s remarks by claiming that by downplaying the cost migrant workers paid to make the tournament possible and FIFA’s responsibility for it, he was “brushing aside legitimate human rights criticisms.”

According to FIFA’s own statutes, demands for equality, dignity, and compensation cannot be viewed as part of a culture war, according to Steve Cockburn, director of economic and social justice at Amnesty International.

QATAR’S REACTION
In a speech that was broadcast on television, the emir of Qatar stated that his country had been “subjected to an unprecedented campaign that no host country has ever faced.” Since then, representatives of the World Cup have dismissed some European criticism as racist and requests to establish a fund to compensate the families of migrant workers as a publicity gimmick.

WHAT ABOUT EUROPE?
The laws of Qatar have drawn a lot of attention for their criminalization of homosexuality, restrictions on the freedoms of women, and refusal to grant citizenship to immigrants. Infantino repeated earlier statements that until recent generations, European nations had similar laws, asking, “How many gay people were prosecuted in Europe?” “We seem to forget,” we say, “sorry, it was a process.”

He recalled that women had the right to vote in one area of Switzerland only in the 1990s. Additionally, he criticized European and American nations for not opening their borders to soccer-playing girls and women who FIFA and Qatar had worked to assist in leaving Afghanistan the previous year. He claimed that only Albania had taken action.

MEDIA DIG
The cheering fans outside the team hotel were Indians who lived and worked in Qatar and were wearing England shirts, according to reports in the British media this week. It followed reports that Qatar would pay for 1,500 fans from the 31 visiting teams to attend the World Cup, perform at the opening ceremony to support the host country online. It confirmed the enduring misconception that Qatar pays people to watch sports. I’ll repeat: This is racism. Everyone is free to support whoever they want, and Infantino called the criticism of the England cheerleaders “pure racism.”