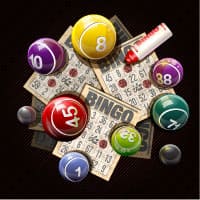 Online gambling, including bingo, is legal in the Philippines, though the regulatory structure can be sometimes challenging. In the Philippines, the Philippines Amusement and Gaming Corporation, PAGCOR, is in charge of overseeing online gambling in the country so all kinds of gambling are strictly regulated in the Philippines.
There is currently a regulatory structure to guarantee that only legitimate online casinos are allowed to operate in the Philippines. As a result, clients can play bingo safely and legally without fear of being scammed or arrested. Even though the rules put a lot of pressure on casinos that intend to include bingo games in their package deals, it makes it simpler for players to enjoy the game. There are numerous websites where you can play your preferred bingo games online.

It is crime for an unregistered individual or company to either directly or indirectly engage in unlicensed casino games, particularly internet, online, or virtual gambling, according to PAGCOR. Furthermore, the authority indicated that they are devoted to penalizing individuals who engage in illegal online business because of its strong connection to other crimes such as laundering money.

How to Win in Bingo
Bingo takes a unique approach to gambling. It is won by completing bingo cards. The money is awarded to the first player who correctly fills out a card. The rules, including how to play the game and fill out the card, may differ.

The Game’s Fundamental Strategy
Bingo is a game of chance and in bingo, the player has no control over the game’s outcome. The winner can be anyone and will be a different person in the next round. To win, the player cannot predict the likelihood of the numbers that will emerge, create mathematical models, or count cards. There is no talent or bingo ability here.
All patterns are merely coincidence, and there is no obvious logic here; just the rules and players playing with high hopes. The cards are completely random and cannot be changed.

What are the Rules?
Playing bingo is very easy. It’s played by drawing cards that have values. Each time a value is drawn, participants who have the same number as the drawn number on their card mark it. The first to fill out the card wins.
Bingo has been around for hundreds of years, so there are many multiple kinds of bingo with unique or conflicting rules and different names. In some games players select the numbers they want to target. Whiles others use bingo cards similar to lottery tickets with pre-drawn numbers and all of these are common in the Philippines.

Bingo’s Popularity in the Philippines
In the Philippines, bingo is perhaps the most common type of gambling. It was popular even before the country’s casinos opened. There are several bingo halls throughout the country, as well as some online and broadcast live options.