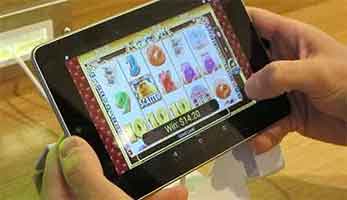 “Today is a good day for gaming in Saskatchewan,” stated SaskGaming president and CEO Susan Flett. “PlayNow.com meets the highest standards for safety, security, privacy and responsible gambling, and will provide a legal, regulated alternative to grey market and illegal gambling sites currently operating in the province.”

The minister responsible for SaskGaming said that last year, Saskatchewan announced a historic partnership to establish the province’s first legal, regulated online gaming platform in partnership with the Federation of Sovereign Indigenous Nations (FSIN) and SIGA.

“This platform is a step forward for the gaming industry and for meaningful reconciliation with Indigenous peoples in the province,” said Don Morgan.

The FSIN chief stated that this historic partnership is the first of its kind, with a First Nations operator for online gaming with revenue-sharing between First Nations and the province.

“This will provide many economic benefits to the residents of the province and our First Nations communities,” said Chief Bobby Cameron.

According to a release, PlayNow.com features the GameSense responsible gambling program by showing a robust and controlled responsible gambling environment, with features such as pop-up reminders of time and money spent, problem gambling referral information, play breaks and self-exclusions. GameSense Advisors are also available 24 hours a day, seven days a week via live chat to support safer play online.

Live dealer games are expected to be added to PlayNow.com in December with poker products to follow in 2023, further expanding the site’s offerings for Saskatchewan players aged 19 years and older.