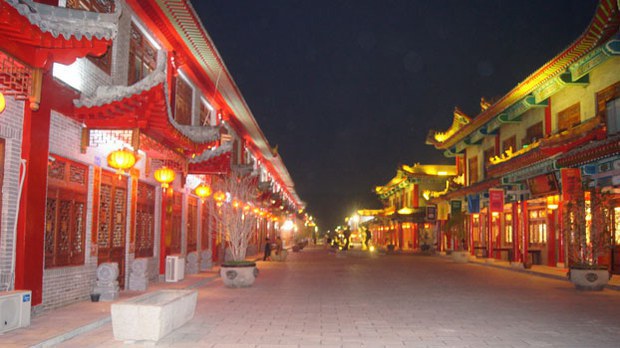 Malaysian rights groups and family members call on Lao government to help free trapped workers.
Around 700 Malaysian migrant workers are being detained in a China-owned casino and hotel resort in northern Laos, where they face abuse by resort managers demanding a large ransom for their release, according to Lao sources.

Lured by promises of employment to the Golden Triangle Special Economic Zone in Bokeo province, most are being put to work as online scammers, with compliance enforced by beatings and torture, sources say.

“I see a lot of Malaysian workers in the SEZ,” one Lao worker in the Golden Triangle zone told RFA on Sept. 29, speaking on condition of anonymity to protect his safety.

“Actually, I see people here from many different countries, including Vietnam, Myanmar and Malaysia. They work at many different jobs, but most of them here at the Golden Triangle work online as scammers,” RFA’s source said.

Speaking to RFA, a Lao worker who escaped the Golden Triangle after working there as an online scammer, said it is difficult for foreign workers at the SEZ to leave the zone or find protection from abuse.

“Their Chinese employers confiscate their passports and cell phones, and most of the workers are confined to their buildings,” the source said, also declining to be named. “Foreign workers like the Malaysians also have trouble complaining to the Lao authorities because of the language barrier,” he said.

“When foreign workers are abused by a Chinese employer, they don’t know whether they should report the abuse to the government’s SEZ Task Force or to their own embassies,” he added.

“Some workers were believed to be sold from one agent to another, from one company to another, or worse, traded between different countries,” the New Straits Times said. “The fraud syndicate also demanded ransom money from the victims’ families that ranged from RM50,000 [U.S. $10,782] to RM100,000 [U.S. $21,565] to release the victims,” according to the report.

On Sept. 26, members of Malaysian rights groups and parents of trapped workers protested in front of the Lao embassy in Kuala Lumpur, calling on Lao authorities to help secure the workers’ release.

Speaking at the protest, Datuk Hishamuddin Hashim — secretary general of the Malaysia International Humanitarian Organization — said in a video released after the event that many Malaysian workers trapped in Laos had asked for help from Lao police but received no response.

At least four Malaysians have now escaped Laos, with six others receiving help from the Malaysian embassy in the capital Vientiane, “but most them continue to be exploited, trafficked or even killed,” he said.

Speaking to RFA on Sept. 29, a Lao official said he had recently seen Malaysia’s embassy in Laos contact the Lao Ministry of Foreign Affairs and Interpol, asking for their help in freeing the trapped Malaysian workers.

“The Lao Foreign Ministry often responded to those requests,” the official said, speaking on condition of anonymity in order to freely discuss the matter. “I don’t know how the Malaysians ended up working in Laos, but I know that most of them are working in the Golden Triangle SEZ in Bokeo province.”

Reached by email and phone for comment, an official at the Malaysian embassy in Laos said, “Right now we’re doing some research on the issue before we can answer your questions.”

The Golden Triangle SEZ is a gambling and tourism hub catering to Chinese citizens situated along the Mekong River where Laos, Myanmar and Thailand meet. In 2018, the U.S. government sanctioned the Chinese tycoon who is said to run the SEZ as head of a trafficking network.