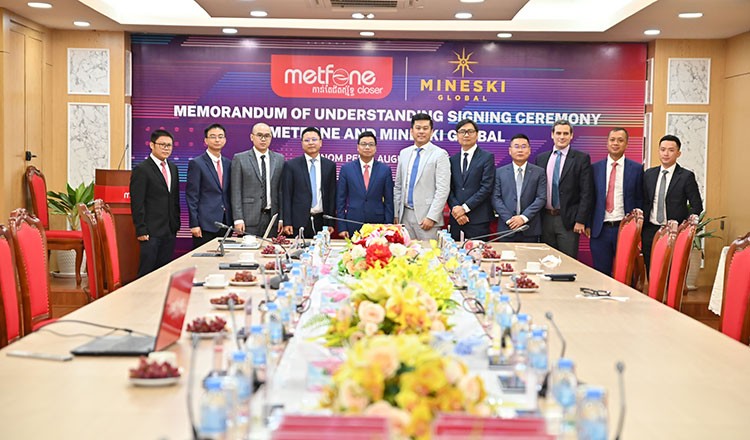 Viettel Cambodia (Metfone) and Mineski Global on August 12 signed a cooperation agreement on organising e-Sport events in the neighbouring country.

The signing of this cooperation agreement is the first and largest cooperation ever in Cambodia in terms of business but also promotes the development of eSports in Cambodia and gradually professionalising the eSports industry in Cambodia.

ESport, which has become popular globally, has been a sports at the Southeast Asian Games recently.

However, it is still new in Cambodia. Professional tournaments have gradually appeared and created a certain resonance, with a large number of existing players, accounting for more than 80 percent of GenZ.

International Olympic Committee 2017 also acknowledged the presence of eSports and concluded that video games can be considered as sports activities when players are trained and prepared with as much intensity as traditional athletes.

Meanwhile, Metfone has millions of players. Mobile Legends: Bang Bang, which accounts for a 90% market share in Cambodia, with hundreds of thousands of daily players on the Metfone network. Metfone is also currently a Presenting Sponsor of Moonton’s MPL tournament, which has the highest interest and viewership in Cambodia.

In addition to cooperating in consulting and implementing event organization activities, Mineski also provides eSport solutions to access GenZ insights in Cambodia. With this cooperation, Mineski hopes to support Metfone to become the core choice for eSports experience on mobile devices in Cambodia.