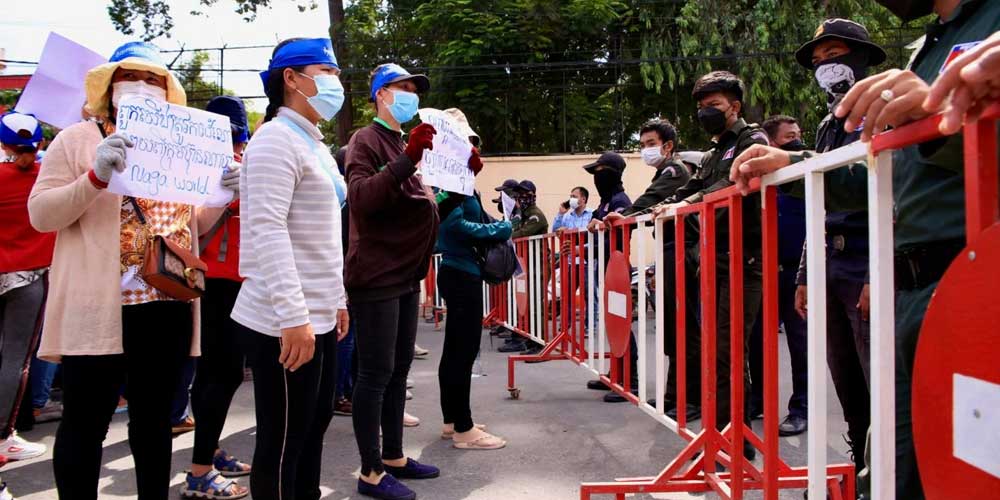 More than a year after it began, a workers’ strike at the NagaWorld casino complex in Cambodia lingers. It has been, at times, a perilous journey for employees, and damaging to Cambodia’s image on the international stage. Still, there will be negotiations next month that might finally bring the strike to an end.

Since then, workers and union representatives have been in a battle with NagaCorp to see who would give in first. The peaceful strikes have led to arrests and allegations of torture on the part of Cambodian authorities, resulting in public condemnation and charges of human rights violations.

Back to the Table
The longest strike in history lasted over six years. While the NagaWorld strike hasn’t lasted that long, it’s certainly making a name for itself. Employees, union representatives, and supporters continue to demand the reinstatement of a handful of employees and wages, unwilling to give up the fight.

On February 17, according to local media, union representatives and the casino will sit down at the negotiating table for the 23rd time. Overseeing the discussion will be the head of Cambodia’s Labour Advisory Committee, Tes Rukhaphal.

Over the past 13 months, as the strike continued, Cambodian police have repeatedly arrested strikers for “disrupting the peace.” This despite the fact that the workers haven’t engaged in any violent or criminal activity.

On more than one occasion, female workers arrested by police later claimed they were abused and assaulted. Police even arrested the leader of the union, Chhim Sithar, twice in an effort to send a message, but it failed. That action ended in countries like the US demanding her release.

NagaWorld has allegedly resolved its differences with 255 of the 373 former employees it fired. They received payments in order to legally terminate their contracts. But another 118 workers aren’t willing to give in.

In an attempt to make this the final chapter in the ongoing saga, Cambodia hopes the two sides will reach an agreement soon. However, the workers aren’t likely to be flexible.

What started as a fight for rights under contractual agreements turned into a fight against the system. NagaWorld has allegedly received “biased” support from the government, which has converted the strike into a battle over ensuring the rights of workers from interference at all levels.

Cambodia Proves its Bias Toward Big Business
The second time police arrested Sithar, it was as she returned from a conference in Australia. Cambodia argued that she violated the conditions of her parole from the first arrest, which it alleged contained a no-travel clause.

Sithar and her attorney fought the latter arrest in court, arguing that she didn’t know that she wasn’t allowed to leave the country. The court denied Sithar’s request to see a copy of her parole conditions.

As a result, the ongoing strike is now just as much about highlighting the deficiencies in Cambodia’s system as it is about NagaWorld’s refusal to recognize legally binding agreements. The country agreed to the charter of the United Nation’s International Labour Organization, but now isn’t willing to abide by the rules it agreed to uphold.

However, workers have to take on one battle at a time. They have to be able to find a way to resolve the conflict with NagaWorld and then determine how to take on the system.