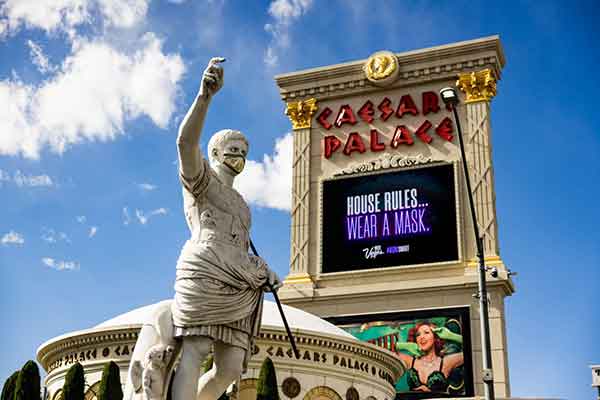 One of the longest-running Las Vegas Strip transaction rumors was put to bed earlier this afternoon. That’s when Caesars Entertainment (NASDAQ:CZR) management said the company will not proceed with selling one of its Sin City assets.

CEO Tom Reeg made the comments on the company’s third-quarter earnings conference call. Entering 2022, the prevailing wisdom held that Caesars would announce the sale of one of its Strip properties in the first half of the year. As the months passed, speculation largely centered around Flamingo and a possible $1 billion price tag.

Selling a Strip property was long viewed by analyst and investors as essential to Caesars’ debt-reducing efforts. But the casino giant is making progress on that front. The Horseshoe operator entered the third quarter with $13.7 billion in liabilities, but that figure declined to $13.3 billion, as of Sept. 30. The company has $944 million in cash and cash equivalents, not counting $244 million in restricted cash.

We continued to reduce debt during the quarter using net asset sale proceeds and free cash flow totaling $880 million. In early October, we successfully upsized our pro rata bank facilities to $3 billion, including a new $750 million Term Loan A and a $2.25 billion Revolving Credit Facility that mature in 2028,” said CFO Bret Yunker in a statement.

Investors didn’t seem to mind news of the asset sale plan being scrapped, as shares of Caesars jumped 5.43% in after-hours trading.

Not Surprising Caesars Asset Sale Plan Is Off
As noted above, the prevailing wisdom entering 2022 was that Caesars would announce a Las Vegas asset sale in the first half of the year. But as time dragged on, analysts adjusted expectations, with some recently saying the transaction probably wouldn’t occur this year.

That’s not surprising, because the macroeconomic environment rapidly turned against commercial real estate sellers. Rising interest rates and speculation that creditors will soon tighten lending standards are among the factors working against any company looking to offload commercial properties, casinos, or otherwise.

Additionally, Reeg indicated on the call that Caesars couldn’t fetch its desired $1 billion-plus asking price for Flamingo. Specific to that property, that’s not particularly surprising, because prospective buyers reportedly fretted about the spending necessary to enhance the venue and its future performance upon being removed from the Caesars Rewards program.

For now, it could be to Caesars’ advantage to keep its Strip portfolio as is, because Las Vegas is exceeding expectations. That’s highlighted by the fact that the operator said October was the strongest month in company history.

Q3 Earnings Review
In the September quarter, Harrah’s operated at 24 cents a share on sales of $2.9 billion, as same-store adjusted EBITDA climbed to $1 billion from $880 billion a year earlier. Analysts expected earnings of 23 cents a share. Investors are also likely excited by the results from Caesars Digital, which includes Caesars Sportsbook.

“Caesars Digital reported strong revenue growth in the quarter, and a smaller than expected EBITDA loss driven by improved operating efficiencies,” said Reeg in the statement.

In the July through September period, that unit lost $38 million, compared with a year earlier loss of $164 million. The company added enhancements to its Atlantic City properties will be completed in 2023.