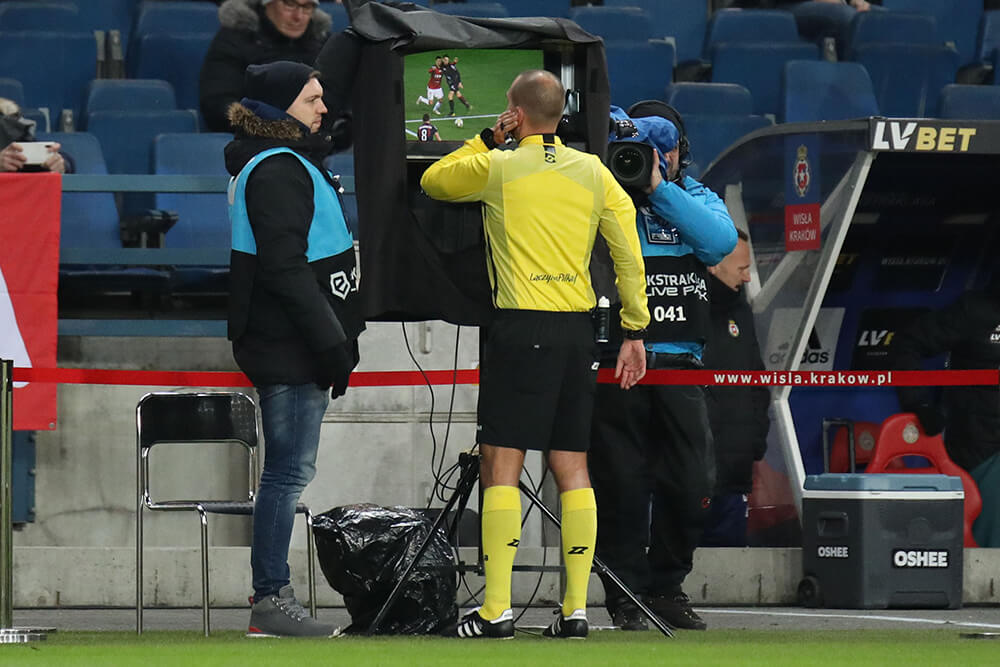 VAR at the World Cup: What You Need to Know

The men’s soccer World Cup in Qatar in 2022 will be its 22nd edition, but it will only be the second one to use video assistant referees (or VARs). What you need to know about how video review will be used in Qatar is as follows, given that it is still somewhat of a novelty and that its implementation is changing.

How long have there been video review?

Trials of video review in exhibition games, lower-level leagues, and the FIFA Club World Cup started in 2016. In March 2018, video review was written into the FIFA Laws of the Game, and it made its World Cup debut in Russia that summer. Since then, video review has become a standard practice in prestigious club circuits, such as the English Premier League, Spain’s La Liga, and the UEFA Champions League, as well as in important international events like the Women’s World Cup, Copa América, and the European Championship.

The VAR is a representative who interacts with the referee through an earpiece while watching match footage from a stadium operating room. The VAR is typically a referee who wasn’t assigned to the game’s on-field crew. 24 specialized VARs were selected by FIFA for the World Cup. The 2022 World Cup will feature VARs from Africa and Asia in addition to North America, whereas the 2018 World Cup primarily utilized VARs from Europe and South America due to those leagues’ early adoption of video review.

Which plays are eligible for video review?

The VAR can only take action if it finds a “clear and obvious error” or “serious missed incident” ,according to the International Football Association Board, the body that establishes the Laws of the Game:

Can a video review go back in time?

The VAR may only consider stops that have occurred within the last stoppage when determining whether to initiate a review. Anything that occurred before the pause in play is no longer subject to review once it has been resumed. Referees will occasionally instruct players to hold off on a restart as they wait for the VAR to review a disputed play. They will indicate this by holding a finger to their earpiece. (Exceptions to this rule apply in cases of identity confusion or red cards for violent behavior.)

How can I tell if a video review is in progress?

The referee will stop play and make a rectangle-shaped motion with their hands to indicate a review (as if drawing the outline of a television). In certain circumstances, usually involving clear-cut decisions like offside, the referee will speak with the VAR through their headset, accept the suggestion, and change the decision without viewing the replay. But it’s also possible to see the referee watch the replay on a monitor at the side of the field and make their own judgment, which usually occurs with subjective calls like penalties or red cards.

For this World Cup, has video review changed?

This World Cup will be the first to employ offside technology as part of its video review system, FIFA announced this summer. The new technology uses 12 cameras mounted beneath the stadium’s roof to track the ball and each player 50 times per second. It has been tested at other FIFA events. The ball also has a sensor that transmits information 500 times per second to the video operating room. When a ball is received by a player who is offside, artificial intelligence is applied to the ball- and player-tracking data to automatically alert the VAR. Then, using an automatically generated offside line, the VAR will manually review this call before recommending something to the referee.

If the ball crossed the goal line, will it be determined through video review?

No. Goal-line technology will be used at the World Cup for the third straight competition to ascertain whether the ball fully crossed the line for a goal. The technology will use 14 high-speed cameras to send a signal to the referee’s watch within one second of the ball crossing the line if a goal was scored, relieving the VAR of the burden in these circumstances.