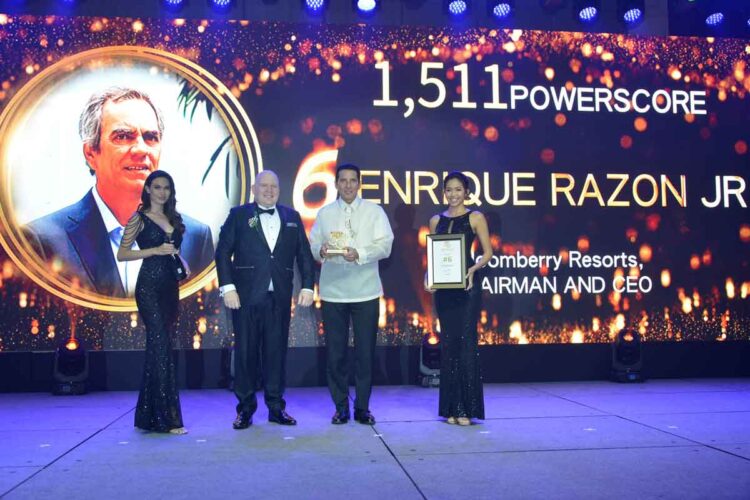 The rising influence of the Philippines gaming industry was on show when leading B2B industry media brand Inside Asian Gaming announced its 50 most influential figures in the Asia-Pacific gaming industry at a lavish dinner at City of Dreams Manila on Friday night.

Galaxy Entertainment Group Vice Chairman Francis Lui was named the most influential person in the industry for the fourth year in a row after topping IAG’s Asian Gaming Power 50 list for 2022.

Appearing on the list for the first time was Mr Daesik Han, Chairman and CEO of Hann Philippines Inc and PAGCOR Chairman and CEO Mr Alejandro Tengco, while Leisure & Resorts World Corp founder “Albee” Benitez returned to the Power 50 despite having recently stepped aside from daily duties for political reasons.

The 10 Philippines representatives and their 2022 positions are as follows:

The Asian Gaming Power 50 is Inside Asian Gaming’s annual list of the 50 most influential individuals in the industry across the Asia-Pacific region, as ranked by a panel of esteemed judges boasting decades of industry experience.

The 2022 Asian Gaming Power 50 was held outside of Macau for the first time in its 15-year history, at City of Dreams Manila in the Philippines.

IAG was also delighted to have the support of all four Entertainment City IRs as well as Clark’s Hann Casino Resort for this year’s event.

Andrew W Scott, Vice Chairman and CEO of Power 50 organizers Inside Asian Gaming said, “After 14 years in Macau, it was a big decision to move the Asian Gaming Power 50 Gala Dinner to another country for the first time, but holding the 15th annual event here in the Philippines was a spectacular success. We were absolutely delighted with the support we received from the resort industry in the Philippines, and the people of the Philippines. Everyone has gone out of their way to help us with moving the host city of this international event to Manila.

“It’s becoming much tougher for an international industry like ours to operate in China, including Macau. At the same time all levels of the Philippines government seem to be letting the world know that the country is ‘open for business’. It was an honor to have Congressman Edwin Olivarez representing the First District of Parañaque — the home of Entertainment City — present the trophy for the number 1 position. We couldn’t be happier and the Philippines has made a strong case for us staying here for next year’s event.”

First published by IAG in 2008, the Asian Gaming Power 50 has become renowned as the definitive guide to the most influential people in the Asian gaming industry.