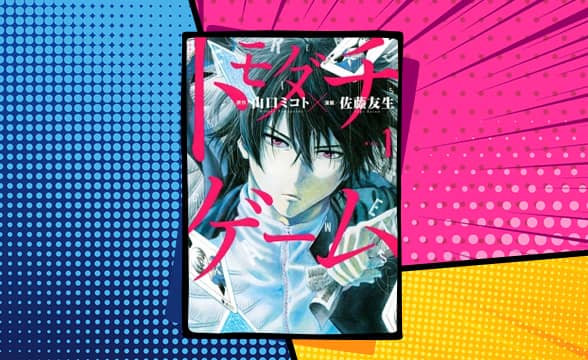 Among the many reasons to bring up Japan, we’re putting the spotlight this time on the relationship between Japanese manga and gambling. So, what’s the link between manga and gambling? Let’s travel to Japan to learn the answer and find the top 5 gambling mangas.

Manga is a popular term for Japanese-originated comics. Because of its often mature content, manga is not appropriate for children. Furthermore, manga and anime aren’t the same. Although most anime series are based on manga, the two are not interchangeable. Manga is simply Japanese comic books whereas anime is Japanese animation.

We’ve listed the top 5 gambling mangas you might enjoy in the lines below:

#4 Usogui (The Lie Eater)
Another captivating manga on our list features Baku Madarame, a spectacular gambler who is so completely immersed in the game that he ends up placing bets on his life. Kagerou, a powerful and quite violent association, is out to “preserve” these gambling games.This manga follows the main protagonist as he plays games against psychopathic oppositions in order to eventually control and defeat the Kagerou organization.

#3 Kakegurui – Compulsive Gambler
Kakegurui’s plot is quite unique, presenting the Hyakkaou Private Academy, which teaches children from powerful and wealthy households in Japan. Those children are believed to be future leaders, but they are all playing a risky game. The school has a gambling framework in place, and students compete against one another. They risk their own riches in the face of a potentially devastating outcome. Students who don’t contribute anything due to their outstanding debt become “house pets”. Furthermore, those who do not settle their debts before graduation will be controlled by those they owe for the rest of their lives.
Everything changes when Yumeko Jabami enrolls in the school and tries to expose gambling scams.

#2 Akagi (Mahjong Legend Akagi)
Akagi the Prodigy Who Moved Into Darkness is the second most popular gambling manga series on our list. Shigeru Akagi, the protagonist of the story, defeats a yakuza member in the game Mahjong. Mahjong is a tile-based game that originally came from China, in case you didn’t know. As a result, after besting the yakuza member who is skilled at mahjong, Akagi vanishes. Then, unexpectedly many years later he reappears to play a game against his greatest adversary, the unnamed ruler of the Japanese criminal underground. This plot involves the mafia, dark corners of society, doom, and much more.

#1 Kaiji (Gambling Apocalypse Kaiji)
The series’ main character is Kaiji Ito, who is trying desperately to get out of loans and poverty. He gambles with his neighbors and friends but never wins. However, when he finds himself in a life-threatening situation, Kaiji discovers that he has a concealed gambling ability that allows him to escape from several horrible situations. This manga has a lot to offer, so make sure to add it to your reading list.