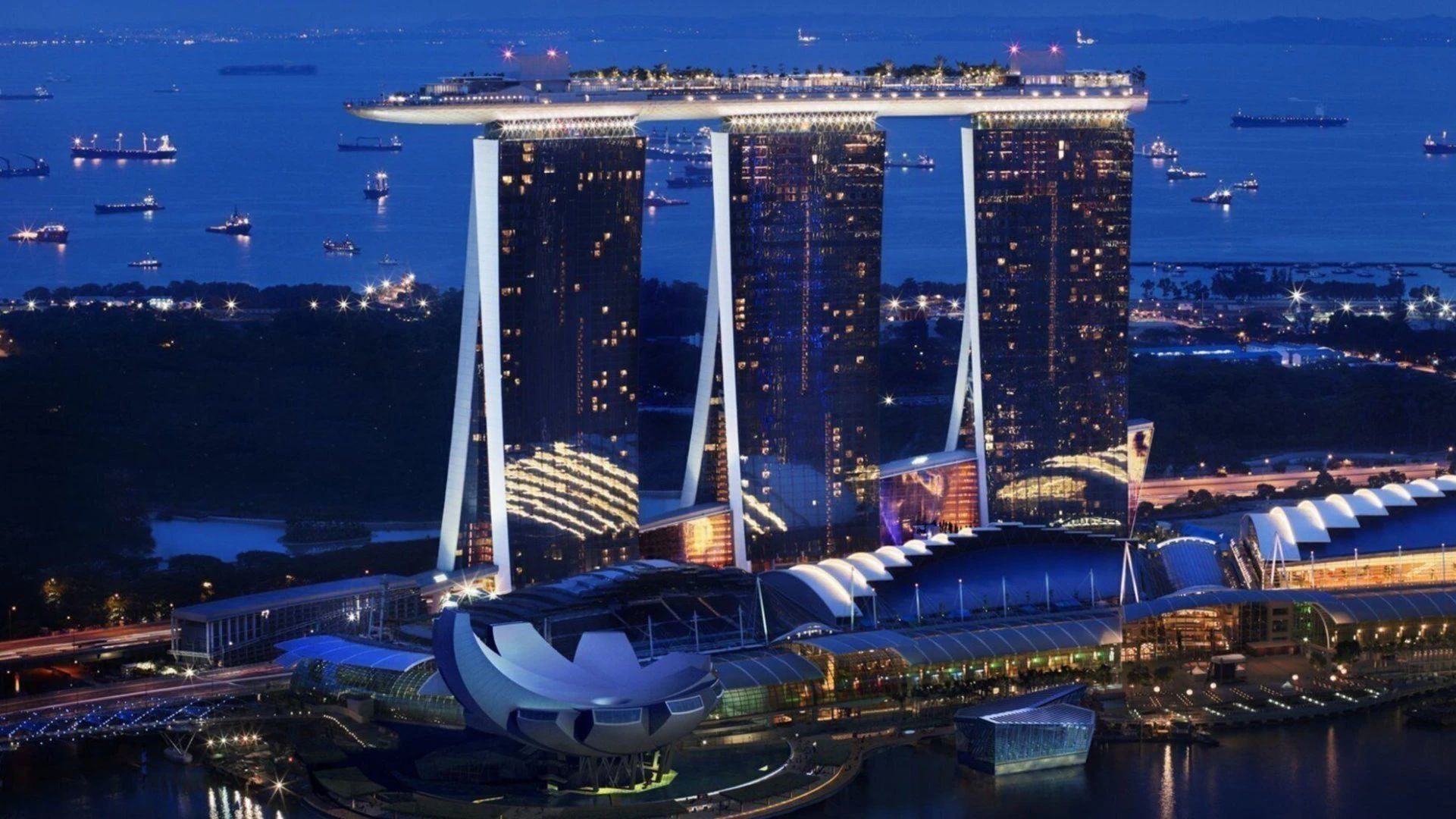 In an attempt to dispel the myth that the house always wins, a group of scammers developed an elaborate system to cheat the Marina Bay Sands casino resort in Singapore. However, the house still won.

The group, which included locals and at least one foreigner, conspired at a baccarat table at the casino on December 23, according to Channel News Asia. A gambler from Taiwan, 27-year-old Hung Jung-Hao, was at the center of the plan, using a mobile phone to feed data to his off-site coconspirators.

That data included the suits and the values of the cards that were dealt. He sent the information to the group so they could figure out how to maximize their odds of winning. But the run was short-lived after the casino busted Hung.

Accomplices on the Run
Through the use of an online chat group, 15/12 Work in Singapore Chat Group (9), the gang tried to fool the Las Vegas Sands (LVS) property. The gang created the group specifically for the purpose of running its activity.

The game was 7 Up Baccarat, a type of baccarat that’s susceptible to card-counting by nature. As the name implies, the players’ first card, which is imprinted on the players’ positions at the table, is always a 7.

This skews the possible results and the winning combinations. The group of criminals thought they could use this to their advantage to maximize the return, but neglected to keep in mind the experience and knowledge LVS provides to all of its properties.

Channel News Asia reports that it took the casino all of three minutes to figure out something wasn’t right. It then nabbed Hung and went looking for his accomplices.

That proved to be a challenge, as all six coconspirators are in the wind. The authorities could identify three people in the chat group, all of whom may have fled the country, while the identities of the other three are unknown.

Hung was handed over to the police and remains in c,ustody. He’s a foreign national, and prosecutors and the judge believe he could be a flight risk given the track record of the others in the group.

Counting Cards Always Leads to Trouble
In the truest sense of its definition, counting cards isn’t illegal. It’s only because casino operators hold a lot of sway with regulators that they have been able to get it written into the books. On the surface, counting cards is nothing more than using the mental ability of recollection and mathematics to calculate outcomes.

The casinos don’t see card counting that way, however. They know that people with this uncommon ability will easily beat the house every time. The MIT Blackjack Team that gained notoriety in the 1990s is a good example of how understanding the math behind a game can shift its odds.

Using technology instead of innate talent to help beat a game goes too far, however. Technology can provide players with an unfair advantage against the house, and this practice is definitely against the rules.

Casinos have been around for too long and know virtually all of the tricks, especially when it comes to uncovering techniques like card counting. LVS is an old-school pro at it, and it’s no surprise that Marina Bay Sands found the scammers in less than three minutes.

Hung is now waiting to find out what happens next. He could spend the next seven years in prison for his crimes, though there’s likely going to be an alternative sentence on the table. Since the authorities want to find out everyone who was involved, he could cut a deal if he gives his accomplices up.