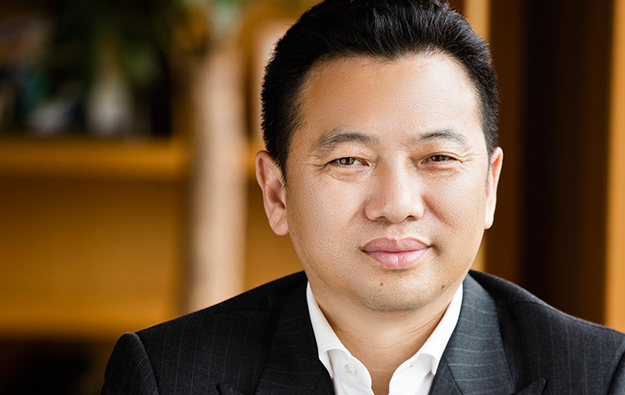 Hong Kong-listed casino promoter Landing International Development Ltd says it has decided to “suspend all administrative and executive duties and powers” of Yang Zhihui (pictured in a file photo) as the company’s chairman and executive director, from November 18 until further notice. Mr Yang is also the firm’s majority shareholder.

Landing International, operator of a foreigner-only casino resort on Jeju Island in South Korea, said the decision was due to a court petition against Mr Yang submitted by the Securities and Futures Commission (SFC) of Hong Kong, regarding the businessman’s role in a separate Hong Kong-listed company.

Landing International stated in a Friday filing that its board had been notified on November 14 by the SFC that the regulator had “commenced legal proceedings in the Court of First Instance” of Hong Kong “against several respondents and Teamway International Group Holdings Ltd,” a company specialising in the design, manufacture and sale of packaging products. Mr Yang “has been named as one of the respondents” in the SFC’s petition to the court.

Pending the outcome of the legal proceedings, Landing International said it decided to suspend Mr Yang from his duties “in order to alleviate the concerns of the shareholders and the public”.

According to the filing, the SFC alleged that the business or affairs of Teamway had been conducted in a manner that was “unfairly prejudicial to the interests” of its members, and that Mr Yang, “as a shadow director of Teamway,” had, among other things, “breached his fiduciary duties”; “failed to procure Teamway to disclose certain inside information, in breach of his disclosure duties”; and “undertook certain conduct dishonestly for his private purpose and personal benefits”.

In Friday’s filing, Landing International said its board was “now taking steps to identify suitable candidates to act as chairperson”. In the meantime, it added, Chan Mee Sze, one of the firm’s executive directors, has been appointed as the acting chairperson.

During the suspension of Mr Yang, “the day-to-day business operation and management of the group are undertaken by the other four executive directors and senior management team,” stated the casino investor.

It added: “As such, the board considers that the suspension [of Mr Yang] would not affect the daily operation of the group in any material respects and the business of the group will remain operating as usual.”

Landing International said in late October it planned to focus its business effort on its gaming resort in Jeju, and proposed to change its name to “Shin Hwa World Ltd”.

The firm reported in August a net loss of nearly HKD105.4 million (US$13.4 million) for the first half of this year, compared with a HKD623.7-million loss a year earlier.