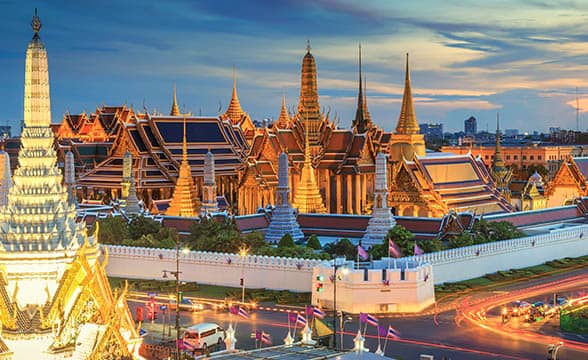 Illegal Gambling Operation Busted, 63 Locations Targeted
This particular bust is related to an underground network that has been up and running for the past decade, authorities believe, and there may have been as many as 2,000 people involved in the operations, which would make it one of the most ambitious criminal organizations in the country’s recorded history insofar as online gambling is concerned.

Police had to conduct raids across 63 locations and 14 provinces in the country, targeting places such as Maha Sarakham, Sa Kaeo, Bangkok and others. Based on official reports by authorities, the latest raid is part of previous successes by the police. In September, Thai authorities ended up apprehending 30 suspects who were also tied to illegal gambling operations.

Further questioning pointed law enforcement in the direction of the present criminal ring and helped quickly direct the specialized police units into the way of their biggest bust today. But if this looks like a big bust, Thai authorities were also able to discover another similar operation in October. A gambling ring that had around 50 people employed and targeted Chinese nationals were said to have been generating as much as $14 million in daily revenue.

The latest bust is just one of many that have turned Thailand into a bit of a hotspot for illegal gambling businesses. China has been mostly targeting POGOs in the Philippines, but Thailand has so far proven to be a hub for many online gambling operations of unbelievable proportions. The good news is that authorities have been very quick to act.