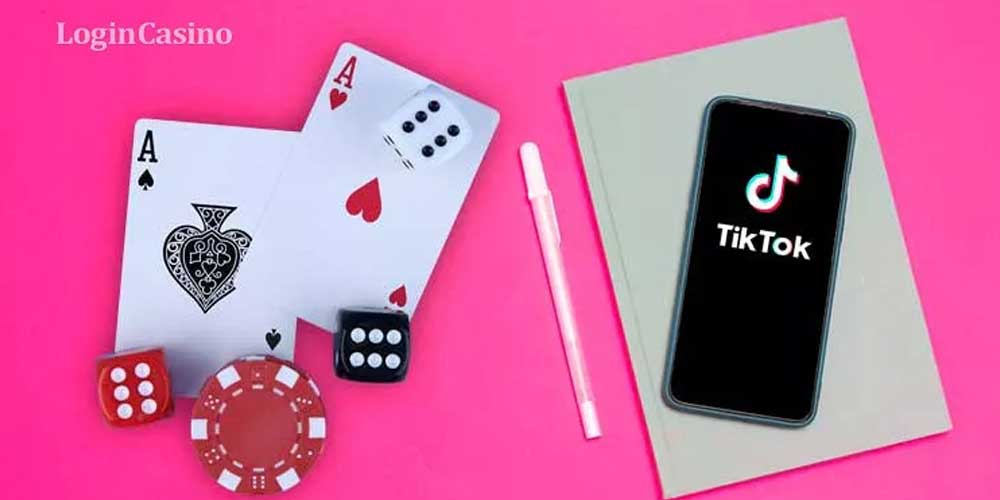 Some nations think that by outlawing casinos or gambling altogether, the practice will go away. As a result, TikTok is becoming a more practical means to get over anti-gambling laws in some areas, and Nepali police are pushing back after spending the previous two weeks apprehending offenders.

The majority of the improvised TikTok gambling businesses operate in the same way. According on the kind of game being offered, a user promotes the service and receives payments. The gambler then records a video while engaging in live or online gambling, such as on a slot machine, where casinos are permitted.

According to reports, the idea has gained traction in Nepal, as evidenced by the recent uptick in arrests made by law enforcement. The police response is also probably going to provide international lawmakers more ammunition in their efforts to shut down the social media site.

Creativity is Bred by Need
A gang of people are reportedly running a gambling den on TikTok, according to the local Nepalese police. With the use of another Chinese software, the organization is able to carry out its operations utilizing the social media platform owned by ByteDance.

The Kathmandu Valley Crime Investigation Office reports that between January 10 and January 17, there were four arrests related to TikTok-based organized gambling. They are accused of making transactions totaling more than NPR5 million (US$38,400) using digital wallets.

Three people were detained by the police in the first week of the month, and a fourth was detained last week.

They first detained a 21-year-old man in Lalitpur who used the aliases Pugg and Pubg2 and was in charge of running the game. He allegedly played the game live with other players for 10 days and made NPR8 million (US$61,440) in transactions using his e-Sewa mobile wallet.

In Nepal, a payment gateway called E-Sewa has a built-in digital wallet.

In Bhaktapur, authorities detained a second suspect, a 27-year-old going by the pseudonym Pler King. According to police reports, he received NPR1 million (US$7,680) from three distinct e-Sewa accounts in a span of ten days.

Another 21-year-old was apprehended by police in Bhaktapur the same day. He had only made one e-Sewa transaction in the preceding six days, totaling NPR93,214 (US$715.88), thus he hadn’t yet attained the same level as the others.

A 35-year-old man was the fourth person to be detained in Lalitpur. Also known as Kick Cash, he made purchases worth NPR853,331 (US$6,553) over a 15-day period using two distinct e-Sewa accounts.

The gamblers kept written diaries to keep track of the players and transactions in addition to the cell phones they utilized for their transactions and recordings. As investigators try to identify everyone who took part, this information will be helpful.

Impossible to Track
A few people have been detained by police officers for taking part in the illegal activities. They struggle to track down every perpetrator, though.

In order to hide their actions, the individuals utilize false phone numbers and identification cards, which are simple to obtain in Nepal. They change the number and get a new one, moving the client address list to it, if they believe there is a danger they are no longer safe.

Although Nepal forbids gambling and betting, the penalties are not particularly harsh. The standard punishment for a first infraction is a fine of NPR300 ($1.54), but a second offense can result in up to three months in jail. However, a third infraction might result in a one-year prison sentence.

In the last few years, TikTok hasn’t gotten a lot of good press. The site has been targeted for restriction by some US officials who claim it poses a security concern and sends all user data to China.

While there hasn’t been a complete ban on TikTok among the general US populace, more than a dozen US states and the US House of Representatives have recently blocked the app from devices used by the federal government.

It is apparently prohibited in Afghanistan, Armenia, India, Pakistan, and other nations. It is not as simple for the government to permanently stop it, though, as with almost anything online.

Image Source: https://gbc-time.com/blog/gambling-ads-on-tiktok-top-3-approaches-to-success65751.html
Other Interesting:  How Do Casinos in the Metaverse Work?
See other website: http://www.orientalgame.com/