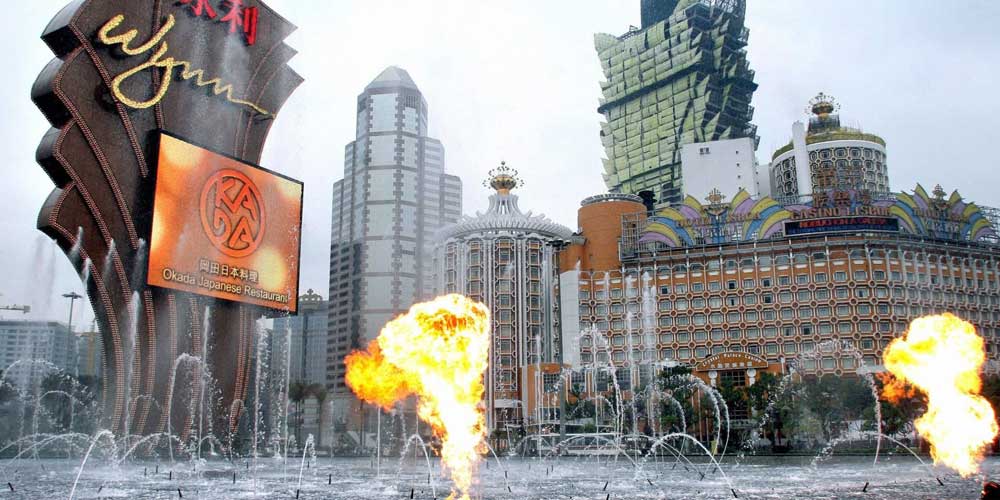 China’s economy — the world’s second-largest — is emerging from the adverse effects of the country’s long-running zero-COVID policies and there are obvious benefits for US-based companies doing business there.

Among the American companies most tethered to China’s economic recovery are casino operators Las Vegas Sands (NYSE: LVS) and Wynn Resorts (NASDAQ: WYNN), which combine to run seven integrated resorts in Macau. Those stocks are up 13.52% and 20.37%, respectively, year to date, reflecting investor enthusiasm for a Macau rebound. That resurgence could be fueled by bullish economic data out of China.

Sands, Wynn Recoveries Backed by Encouraging Data
Goldman examined a basket of US-based companies that are members of the widely followed Russell 1000 Index that depend on China for the largest percentage of sales. The research firm only considered companies with market values of $10 billion and higher. Both Las Vegas Sands and Wynn Resorts made the list – relevant at a time when the US dollar could weaken.

“Baskets of companies with foreign revenue exposure have outperformed alongside the brightening global growth outlook and FX weakness,” Kostin added.

LVS, the parent company of Sands China, generates 67% of its revenue from China (Macau) and 100% of its sales from outside the US, according to Goldman Sachs. In the bank’s “China Sales Exposure Basket,” the gaming company is tied with semiconductor maker Qualcomm (NASDAQ: QCOM) in terms of percentage of revenue generated in China.

Wynn, which controls Wynn Macau, depends on China for 41% of its top line. In terms of China revenue dependence on a percentage basis, Sands and Wynn are the only non-tech companies in the top 15 on the Goldman list.

MGM Resorts International (NYSE: MGM), though further down the list, is also part of the “China Sales Exposure Basket,” relying on China for 13% of its sales. That comes by way of the operator’s roughly 56% in MGM China.

Sands, Wynn Outperforming, Living Up to Basket Billing
Last year, the pair of casino operators were among the best-performing gaming equities and easily outpaced the broader market.

The 2022 sturdiness of Sands and Wynn was the result of the former’s Marina Bay Sands in Singapore thriving, while the latter was supported by its Las Vegas Strip properties and Encore Boston Harbor. As both are proving in the early innings of 2023, continued outperformance of the market could be in store this year. On that point, it’s worth noting Goldman’s China basket can outperform when the dollar and Chinese yuan (CNY) cooperate.

“Its (the basket) performance vs. the S&P 500 has followed the path of USD/CNY, outpacing the index by 5 pp YTD as the dollar has declined,” concluded Kostin.

Source: https://www.casino.org/news/sands-wynn-benefiting-from-china-reopening-says-goldman-sachs/
Other Interesting: A Comparison Between Bingo and Lottery
See other website: http://www.orientalgame.com/