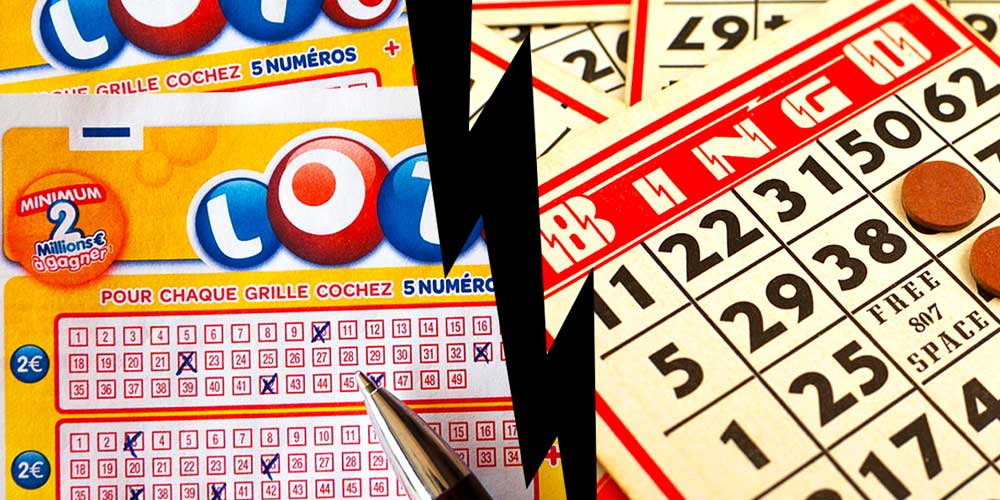 Bingo is a card game in which players buy a card with random numbers on it. The game host calls out numbers one by one, and players must mark the numbers on their cards. You win when all of the numbers are found on your card.
The lottery, on the other hand, entails purchasing a lottery ticket with a unique serial number. You have won the lottery when the lottery results are announced and the winning number matches your number.

The Similarities of Bingo and Lottery
Both Bingo and the lottery are distinct games, with the common feature that they are both games of probability. Both involve chance, and the outcome of the game is unrelated to the player’s experience or ability.
However, there are major distinctions between the two games. Let us examine these distinctions.

What Makes Bingo different from Lottery

2. Frequency
The lottery is played once a week. So players have to wait a week to play. However, Bingo is played daily , and there are numerous websites or parlors where you can play bingo. Hence, the frequency of the game differs for both.

4. Payout Differences
The lottery prize is very large, whereas Bingo has a much lower prize. One cannot expect to become wealthy by playing Bingo. However, winning the lottery jackpot is a once-in-a-lifetime opportunity to become rich beyond one’s wildest dreams.

5. Number choice
A player is not allowed to choose numbers in bingo; the bingo card already has numbers on it, either printed or generated randomly for online games. In the lottery, however, a player can choose his own number before making a purchase. This enables players to choose their lucky number.

6. The probabilities
The chances of winning the national lottery are extremely slim due to the large number of people competing for the same prize across the country. In fact, there is a chance that no one will win the lottery.
Because the number of players in Bingo is significantly lower than in the lottery, there are more chances of winning. As a result, the odds are better in Bingo.

7. The enticement
Games of chance are generally addictive, and there is a risk of people becoming addicted if they play frequently, but this is not doable in the national lottery because you can only play once a week. However, because there are so many Bingo games and parlors, it is possible to play too much Bingo.

Image Source: https://www.gamblingsites.org/blog/which-has-worse-rtp-bingo-or-the-lottery/
Other Interesting: Countries that Gamble the Most
See other website: http://www.orientalgame.com/