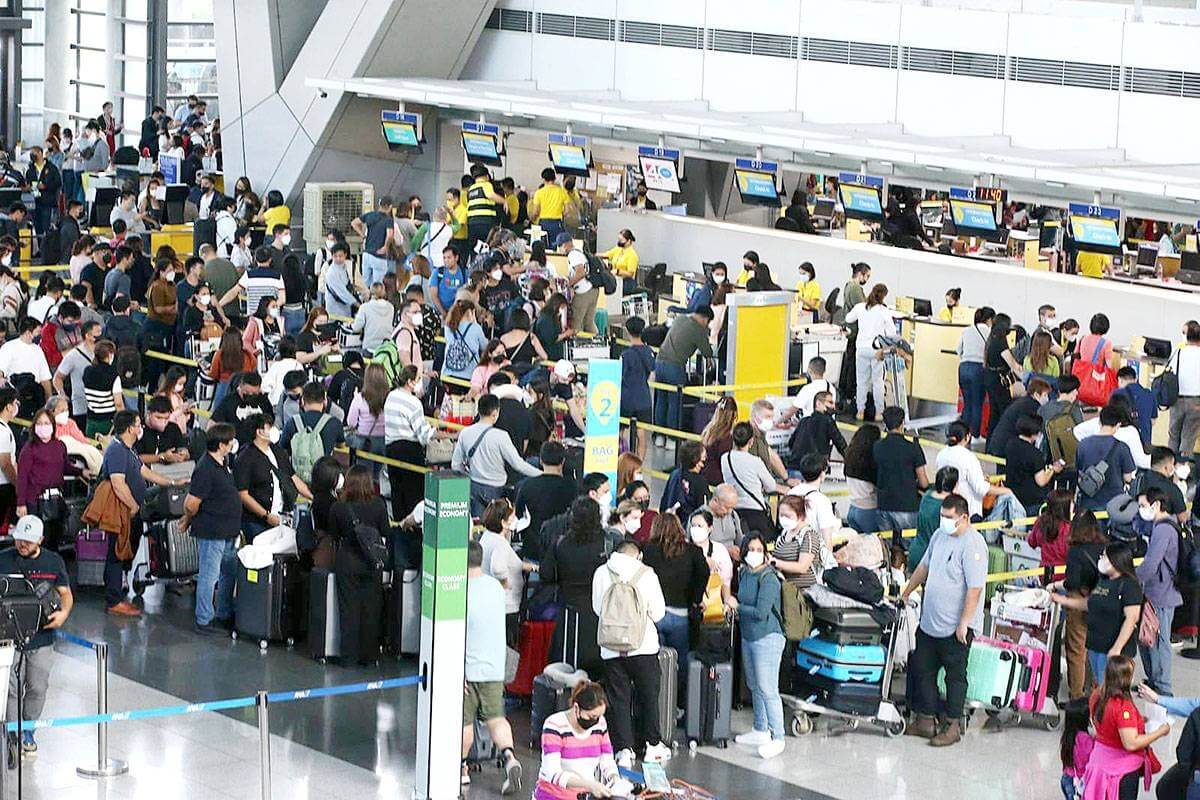 According to Transportation Secretary Jaime Bautista, it will take at least three days for airlines to complete the recovery flights for stranded passengers as a result of the power outage that forced the cancellation of flights to and from Manila on New Year’s Day.

It is anticipated that it will take 72 hours or three days before operations return to normal at the Ninoy Aquino International Airport (NAIA) and other airports, despite the fact that passenger arrivals and departures continued on Monday.

As they reposition aircraft that had been delayed or diverted to other airports and modify the itineraries of flights based on amended clearances in collaboration with local authorities, local airlines warned it will take time for them to fully restore their schedules.

When the Air Traffic Management Center (ATMC), which serves as the facility for controlling and overseeing all incoming and outgoing flights as well as overflights in the Philippine airspace, went down due to a power outage, communication, radio, radar, and the internet were all lost, according to Bautista, about 65,000 passengers were impacted.

To accommodate more passengers, airlines have been encouraged to run more flights or modernize their fleets of aircraft.

Bautista claimed that he had explored the prospect of keeping the runway open continuously until the recovery flights were completed with Manila International Airport Authority General Manager Cesar Chiong.

In order to ensure that the runway is always safe, he added, “We will also perform maintenance checks of the runway on a daily basis.”

The runway can be used by airlines even at night, he continued, “so their operations will also normalize.”

He said that two uninterruptible power supplies (UPS) that the Civil Aviation Authority of the Philippines (CAAP) uses to power its air traffic control system failed, requiring it to use commercial power, which resulted in a power spike.

When they moved to the backup UPS, there was still a small issue, so our technical team devised a solution. Unfortunately, when they rectified it, the incoming voltage to our equipment was 300 volts, which had an effect, Bautista stated.

He explained that the old ATMC system made it impossible to prevent the problem.

Officials have ordered a replacement power supply, which is due to arrive in 30 days. Currently, a backup power supply is being used.

The Civil Aviation Authority of the Philippines (CAAP) expressed optimism that the government will approve the P120 million budget for the NAIA in Pasay City’s system improvement.

In a Monday radio interview with DZBB, CAAP spokesman Eric Apolonio said, “We requested P120 million for spare parts [of the Air Traffic Management Center] as early as last year.”

If the budget is granted right now, he claimed, the ATMC will be fully operational in the first quarter of 2023.

A minimum of 3,000 overseas Filipino workers (OFWs) were impacted by the January 1 flight cancellation.

According to Department of Migrant Workers Undersecretary Hans Leo Cacdac, all impacted OFWs received assistance in rebooking their flights, although 400 of them need assistance with hotel accommodations.

The DoTr also coordinated with the airline partners to provide travelers with food, drinks, transportation, lodging, and accommodations.

On Monday, Philippine Airlines reported that in addition to some delays brought on by itinerary changes, 18 domestic flights and three foreign flights had to be cancelled.

While AirAsia Philippines has applied additional flight changes through a recovery flight on January 3, 2023, Cebu Pacific said it is still reviewing its operations.

Image Source: manilatimes.net
Other Interesting: What To Do When Helping Someone with Gambling Problems
See other website: http://www.orientalgame.com/