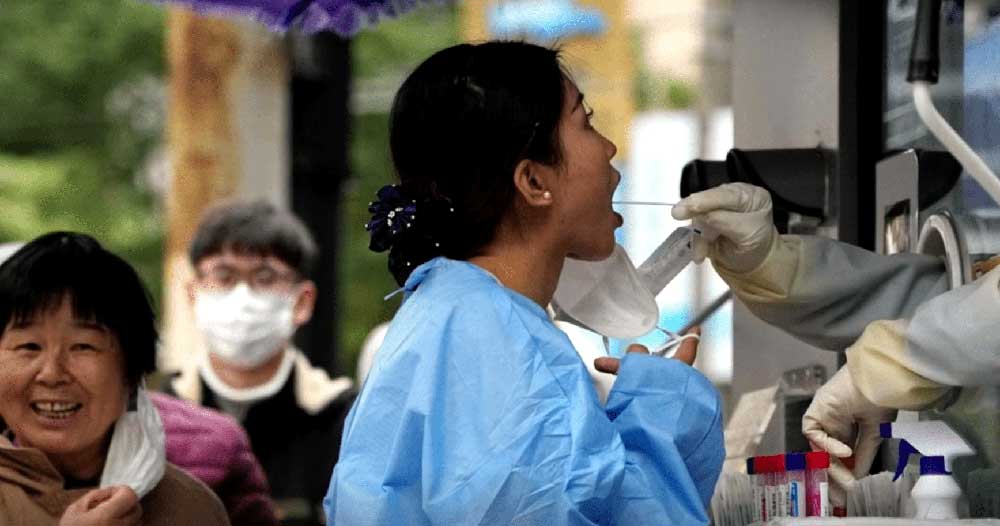 The officials told reporters that beginning on Jan. 5, all air passengers 2 years old and older will require a negative result from a test no more than two days before departure from China, Hong Kong or Macao.

Passengers who test positive more than 10 days before a flight can provide documentation of recovery in lieu of the negative test result, the federal officials said.

They attributed the change in policy to the lack of information on variants of the SARS-CoV-2 virus and concerns that the increased number of COVID cases in China could result in the development of new variants of the virus.

The United States also is expanding its voluntary genomic sequencing program at airports, adding Seattle and Los Angeles to the program. That brings the total number of airports gathering information from positive tests to seven.

In an abrupt change of policy, China this month began dismantling the world’s strictest COVID regime of lockdowns and extensive testing, putting its battered economy on course for a complete re-opening next year.

The lifting of restrictions, following widespread protests against them, means COVID is spreading largely unchecked and likely infecting millions of people a day, according to some international health experts.

Beijing has faced international criticism that its official COVID data and its tally of deaths are inconsistent with the scale of its outbreak.

“We have just limited information in terms of what’s being shared related to number of cases that are increasing, hospitalizations and especially deaths. Also, there’s been a decrease in testing across China so it also makes it difficult to know what the true infection rate is,” a U.S. health official told the briefing.

Given the large number of people in China who have not been exposed to the virus, the introduction of Omicron variants and the rollback of China’s zero-COVID policies, U.S. officials are concerned there will be a large number of infections leading to hospitalizations and deaths in China, the official said.

Some global health experts have said the virus could infect as many as 1 million people per day, and international modeling groups have predicted China could experience 2 million deaths or more.
Earlier this week, U.S. officials cited “the lack of transparent data” from China, a persistent complaint from Washington about China’s handling of the pandemic, as a reason for considering its own travel restrictions.

The U.S. and Chinese approaches to battling COVID have been markedly different throughout the pandemic.

High infection rates in the United States early in the pandemic gave Beijing room to argue its model of strict COVID prevention measures had saved lives.
China has struggled to vaccinate its elderly population and has yet to authorize foreign mRNA vaccines. Its overall vaccination rate is above 90% but the rate for adults who have had booster shots drops to 57.9%, and to 42.3% for people aged 80 and older, according to Chinese government data last week.

The country has nine domestically-developed COVID vaccines approved for use, but none has been updated to target the highly infectious Omicron variant.

U.S. officials told the briefing they have offered mRNA vaccines and other support to China, but Chinese officials have said publicly they do not need U.S. assistance at this time. “We continue to stand by our offer,” one official said.

In June, the United States rescinded a 17-month-old requirement that people arriving in the country by air test negative for COVID-19. It still requires most non-U.S. citizens to be vaccinated against COVID to travel to the United States.

Other Interesting: How Blockchain is Transforming the iGaming Industry
See other website: http://www.orientalgame.com/