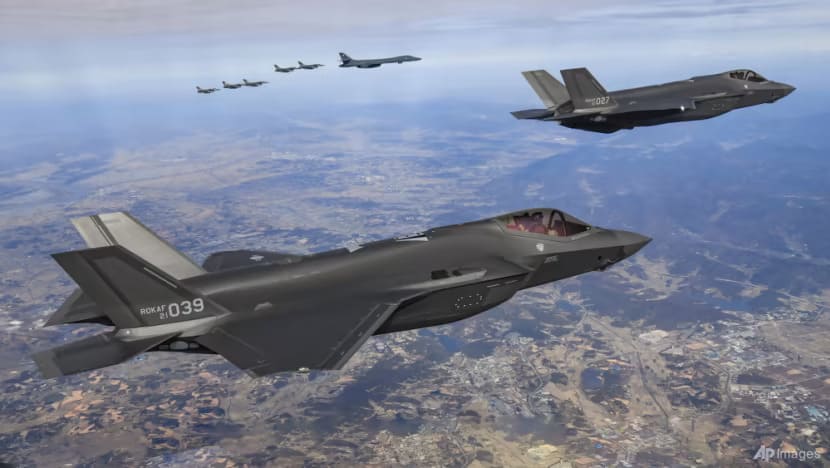 As part of its response, the South Korea military also sent surveillance aircraft into the North to photograph its military installations, a South Korean military official said.

“This is a clear act of provocation by the North violating our airspace,” a South Korean official with the Joint Chiefs of Staff, Lee Seung-o, told a briefing.

Lee said the South Korea military “operated assets to shoot down” the drones.

He did not say if any drones had been shot down but the Yonhap news agency later said South Korea’s military fired about 100 shots but failed to shoot any down. Lee said South Korea initially fired “warning shots” when it first detected the drones.

One of the drones was known to have returned to North Korea while South Korea lost track of the other four, Yonhap reported, citing the Joint Chiefs of Staff.

North Korea has no channel for media queries from South Korea and its state media made no mention of any drones.

South Korea tracked the drones crossing from North Korea over the so-called Military Demarcation Line between the two countries after detecting them in the skies of the western city of Gimpo at about 10.25am local time (9.25am Singapore time), the military said earlier.

The drones are the first confirmed to have come from the isolated neighbour since 2017, when a North Korean drone believed to be on a spy mission crashed and was found on a mountain near the border.

In 2014, a North Korean drone was also discovered on a South Korean border island.

Those drones were considered crude aircraft mounted with cameras.

MISSILE TESTS AND MILITARY EXERCISES
Lee said the North Korean drones on Monday were small, of about 2m, but he gave no further details including what equipment, if any, they were carrying.

North Korea has no government spokespeople and its state media made no mention of the drones.

Relations between North Korea and US ally South Korea have been poor for decades but have recently been growing even more tense after a new, conservative government took over in South Korea and North Korea presses on with its nuclear and missile programmes.

South Korea and US forces have responded to a record number of North Korean missile tests this year with stepped-up military exercises. North Korea sees such exercises as preparations for an invasion.

Those have been met with more tests and drills from North Korea, including rare warplane sorties near the border.

South Korea’s transport ministry said earlier that flights departing from its Incheon and Gimpo airports were suspended following a request from the military.

The suspension began at 1.08pm local time at Gimpo and at 1.22pm at Incheon and lasted for about an hour before flight departures resumed at about 2.10pm, a ministry official told Reuters.

While scrambling to counter the drones, a South Korean KA-1 light attack aircraft crashed shortly after departing its Wonju base in the country’s east, a defence ministry official said. Its two pilots were able to escape before the crash and are now in the hospital.