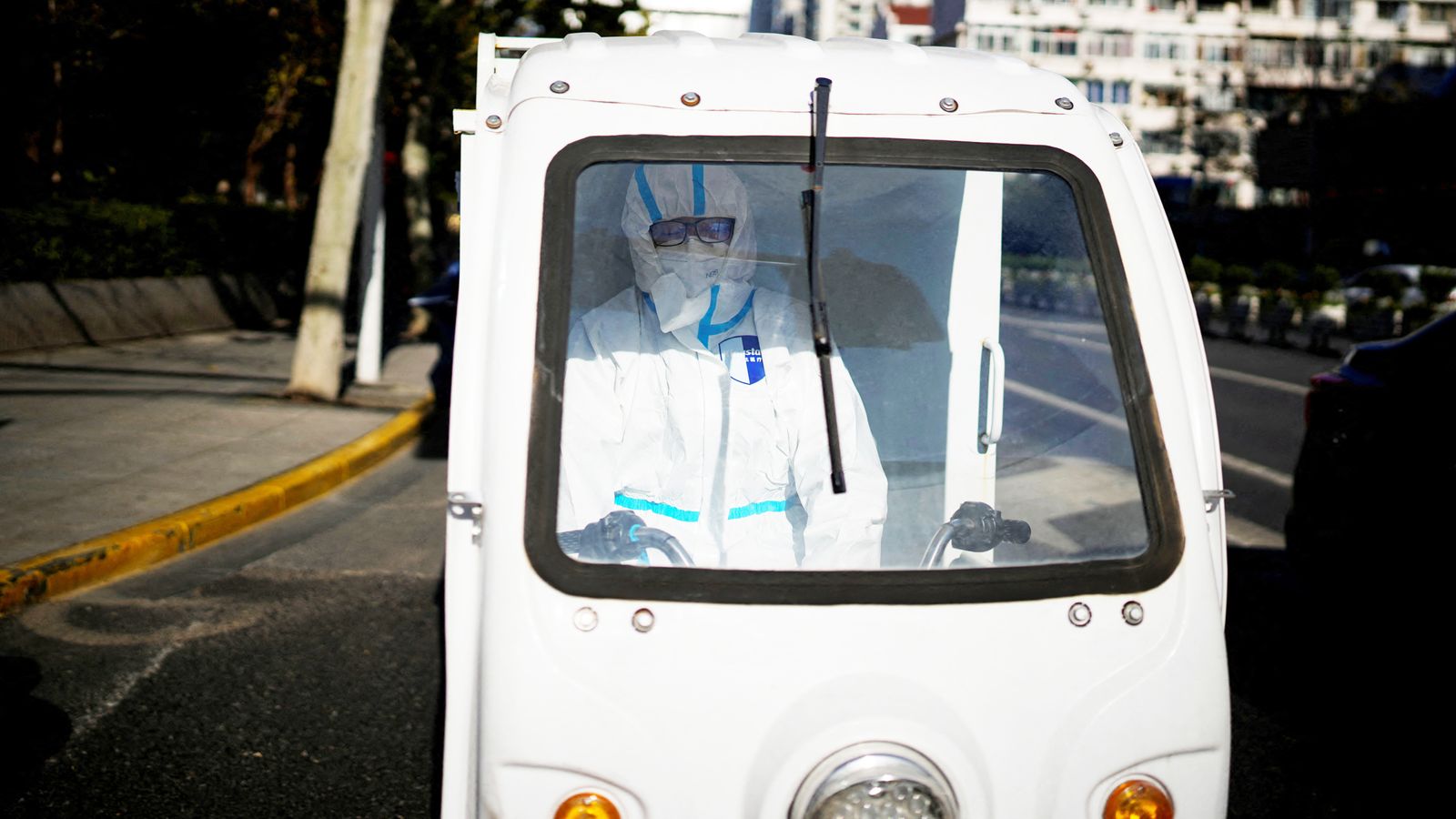 A Shanghai hospital estimates more than five million people in the city already have COVID, with cases set to rocket after pandemic restrictions were abruptly rolled back a fortnight ago.

A Shanghai hospital has told its staff to prepare for a “tragic battle” with COVID-19 as it expects half of the city’s 25 million people will get infected by the end of next week.

It is two weeks since most zero-COVID restrictions were suddenly reversed in China, leaving the virus to sweep through the country largely unchecked.

The Shanghai Deji Hospital, posting on its official WeChat account late on Wednesday, estimated there were about 5.43 million positive cases in the city and predicted 12.5 million will get infected by the end of the year.

“This year’s Christmas Eve, New Year’s Day, and the Lunar New Year are destined to be unsafe,” said the private hospital, which employs about 400 staff.

“In this tragic battle, the entire Greater Shanghai will fall, and we will infect all the staff of the hospital! We will infect the whole family!

“Our patients will all be infected! We have no choice, and we cannot escape.”

China’s official number of deaths since the pandemic began three years ago stands at 5,241 – a fraction of what most other countries faced.

A Chinese health official confirmed on Thursday that China only counts deaths from pneumonia or respiratory failure in its official COVID death toll.

Fatalities that occur in patients with pre-existing illnesses are not counted as COVID-19 deaths, said Wang Guiqiang, the head of infectious disease at Peking University First Hospital.

This runs counter to the policy in most countries of counting any death in which COVID-19 is a factor as a coronavirus-related death.

China reported no new COVID deaths for a second consecutive day on 21 December, even as funeral parlour workers say demand has jumped in the past week, pushing fees higher.

China’s vaccination rate is above 90%, but the rate for adults who have received booster shots drops to 57.9%, and to 42.3% for people aged 80 and above, government data shows.

Authorities confirmed 389,306 cases with symptoms, but some experts say official figures have become an unreliable guide as less testing is being done following the easing of restrictions.

Infections in China are likely to be more than a million a day with deaths at more than 5,000 a day, a “stark contrast” from official data, British-based health data firm Airfinity said this week.

At a hospital in Beijing, footage from state television CCTV showed rows of elderly patients in the intensive care unit breathing through oxygen masks. It was unclear how many had COVID.

The deputy director of the hospital’s emergency department, Han Xue, told CCTV they were receiving 400 patients a day, four times more than usual.

Source: https://news.sky.com/story/covid-in-china-half-of-shanghais-population-of-25-million-could-be-infected-by-end-of-next-week-12773063
Other Interesting: How Does A Live Casino Function?
See other website: http://www.orientalgame.com/