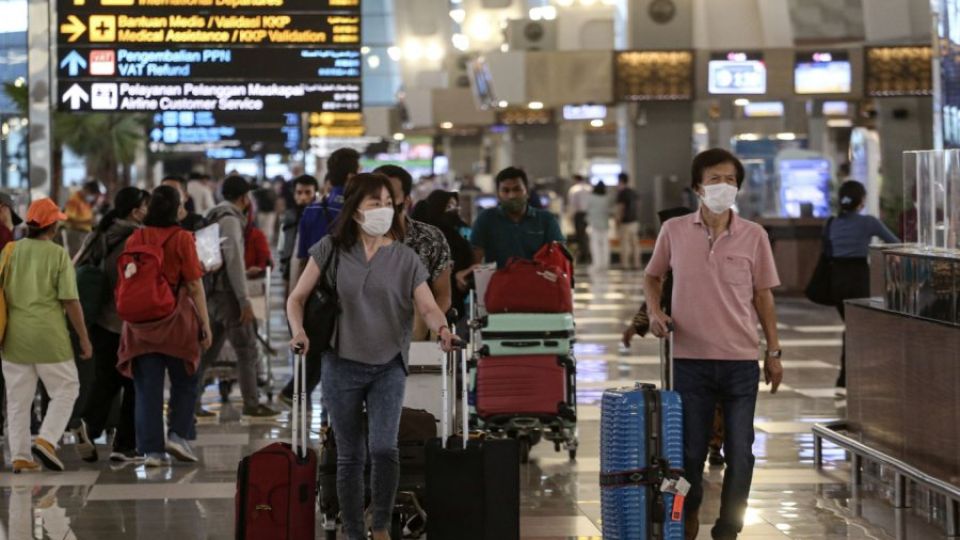 JAKARTA – The number of passenger movement at 20 Indonesian airports during the Christmas and New Year holiday this year is expected to reach 2.54 million passengers, PT Angkasa Pura II (AP II) predicts, as the state-owned operator readies its service to accommodate the end-of-year peak season.

The projection is calculated based on the expected number of passenger movement throughout Dec. 19, 2022 to Jan. 4, 2023 or D-6 Christmas and D+2 New Year, reflecting a hike of 26.36 percent compared to the same period last year of 2.01 million passengers.

Meanwhile, aircraft movement is predicted to hit 20,349 flights, an increase of 6.56 percent from last year’s same period of 19,096 flights.

“In accordance with the instructions of the Transportation minister, AP II ensures the readiness of 20 airports and we all hope that the implementation of Christmas and New Year transportation will run safely, securely, comfortably and healthily,” said AP II president director Muhammad Awaluddin in a press statement on Monday.

Awaluddin added that coordination and communication of all stakeholders at the AP II airport were ensured to run well and intensively to ensure that operations and services for aircraft passengers could be optimal in the midst of peak season.

“Posko is also designed to monitor real time flight data so that AP II can always maintain security, service and health aspects in the midst of a pandemic,” explained Awaluddin.

AP II director of engineering Agus Wialdi said the infrastructure at the 20 airports was confirmed to be ready to serve airplane passengers during the peak season.

“The infrastructure on the air side and on the ground side is confirmed to be ready. On the air side, for example, the runway overlay [thickening] was carried out at HAS Hanandjoeddin Airport (Belitung) and Tjilik Riwut Airport (Palangkaraya),” said Agus.

Meanwhile, AP II director of operations Muhamad Wasid said Soekarno-Hatta Airport would be the busiest airport during the year-end holiday season with an estimated number of 1.38 million passengers and 10,052 aircraft flights this year.

“Preparations at Soekarno-Hatta Airport include a terminal capacity balancing program, in which operational transfers of all Lion Air Group international flights are carried out from Terminal 3 to Terminal 2F starting Dec. 16 so that each terminal can be optimal,” said Wasid.

The airport also opened a temporary Umrah lounge in the GCC area which is located close to the Airport Train Station to support Terminal 3 in accommodating the increase in passengers.

Umrah lounges are equipped with VIP rooms, regular rooms, as well as various facilities such as prayer rooms, cafes and canteens, so that Umrah travel agents can use them as meeting points or waiting rooms for pilgrims.

“The GCC Umrah Lounge opens from Dec. 18, so that the increase in passengers at Terminal 3 during the year-end peak season can be handled properly,” Wasid added.

In addition, to increase the comfort of aircraft passengers, AP II has arranged the interior design of Terminal 3 at Soekarno-Hatta Airport with an Indonesian gate concept in the domestic departure gate area and domestic check-in area.