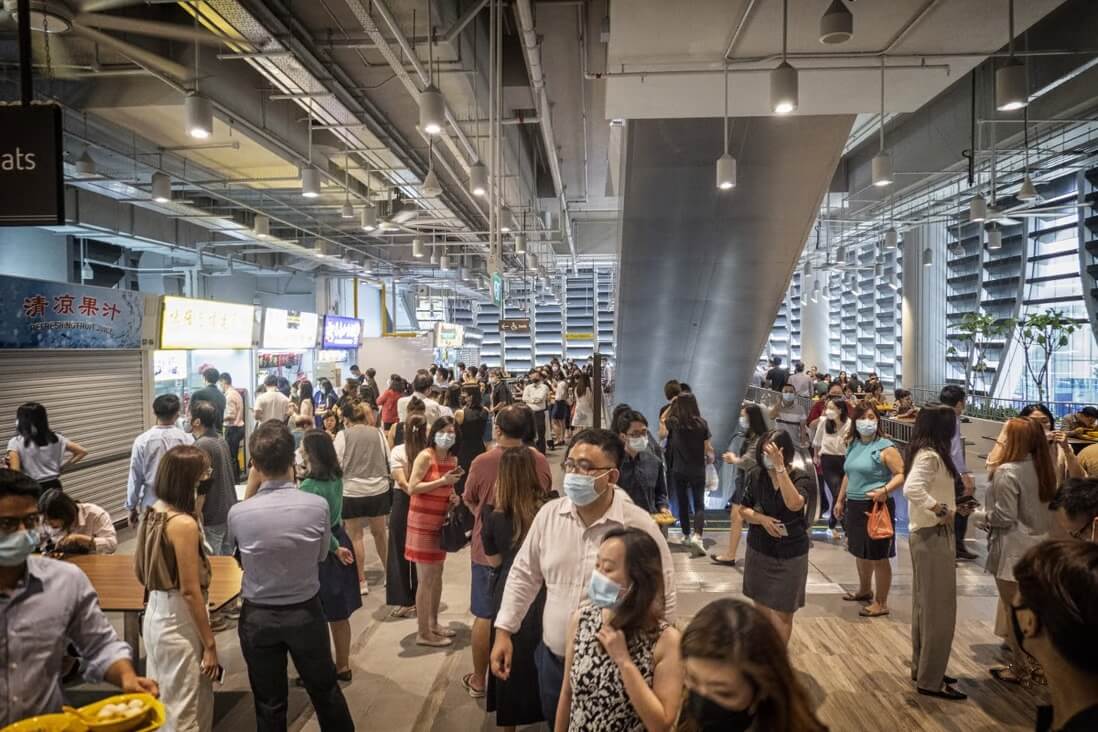 A recent explosion of coronavirus cases across China and an abrupt abandoning of its long-held zero-Covid strategy have prompted some in the public health fraternity to demand a clearer exit road map from the Chinese government.

But the policy U-turn – which came after a series of mass protests in China late last month – has also raised some eyebrows among governments in Asia.
Particularly, Singapore’s health minister Ong Ye Kung this week warned that China’s reopening could lead to mutations of the coronavirus, something the city state was “watching”.

“They’re taking very decisive steps to open up their economy and society. This [is] bound to drive up infections, which we are not so worried [about] because our resilience is high and we’ve gone through three waves this year,” he said.

“But the question is, with 1.3 billion people mostly uninfected, [when] the disease starts to spread, we are bound to get mutations.”

Ong’s concerns were not unfounded. Healthcare experts suggested a mutation was likely as cases surge in China but they were optimistic that a new variant, while more transmissible, would be less severe compared to its predecessors.

Asian governments, they said, needed to guard against fresh respiratory viruses that could emerge during the Chinese winter, and countries should be concerned if a new Covid-19 variant which could evade immunity appeared.

According to Paul Tambyah, president of the Asia Pacific Society of Clinical Microbiology and Infection, potential mutations coming out of China are likely to result in an “even milder but more transmissible” virus.

“This is in line with every virus in history,” he said. One example he cited was how the deadly Spanish flu, which took more than 50 million lives after it first broke out in 1918, eventually evolved into a dominant strain of seasonal influenza.

“No human virus has ever evolved to greater virulence so the danger is unlikely to come from [Covid-19],” he said.

Still, experts said governments in the region could look out for certain indicators before China’s Covid-19 situation spilled over borders.

Alex Cook, vice-dean for research at the National University of Singapore (NUS)’s Saw Swee Hock School of Public Health, said healthcare systems could again be overwhelmed if a new variant was not only more transmissible but had the ability to overcome the protection people have against severe illnesses.

“The key thing will be the emergence of new strains that are better at evading the immunity that has built up outside China,” he said.

“A strain that is simply more transmissible may cause more waves but unless it’s a lot more severe it would be unlikely to have enough of an impact on hospitals to require going back into mitigation mode.”

Similarly, Dale Fisher, a professor at the NUS Yong Loo Lin School of Medicine, said it could be concerning for healthcare systems if there were “excessive numbers of cases of severe disease” – though, for now, that was not the case.

In most countries, the vast majority of cases were mild and did not require specific medical care, which Fisher attributed to the “significant immunity” gained either through vaccines or a past infection.

“If a new variant emerged that was not suppressed by our immunity then we would see more severe cases that could overwhelm our health system,” said Fisher, who is also chair of the WHO’s Global Outbreak Alert and Response Network.

“In this circumstance in many ways we could be in a situation like 2020 where it could be necessary to reintroduce restrictions to decrease transmission and make the situation more manageable.”

Fisher said the number of hospitalisations for severe illnesses arising from Covid-19 in China should be monitored. This should be paired with a push for increased gene sequencing and monitoring for significant mutations, he added, noting that the rate of gene sequence sharing had fallen considerably.

Also critical was the surveillance for non-Covid respiratory viruses. Tambyah from the Asia Pacific Society of Clinical Microbiology and Infection said there remained a possibility of a new influenza strain emerging, given that social distancing and other non-pharmacological interventions were eased during winter.
Amid the worsening situation in China, will its Asian neighbours consider tightening pandemic restrictions and reinstating some curbs? Likely not, experts said.

“By now, most of the countries in Asia, China excepting, have a degree of hybrid immunity from vaccines and past waves, which reduces the severity of illness.”

China, on the other hand, largely due to its stringent pandemic controls up till recently, did not have much hybrid immunity, and provincial authorities could be forced to apply the brakes to protect the healthcare system from being overwhelmed, he added.

Conversely, Tambyah suggested that governments could relax more restrictions if the mutation that emerged from China was mild and widespread. This was the case during the swine flu pandemic, caused by the H1N1 influenza virus, in 2009, he pointed out.

“If [the milder mutation from China] spreads so rapidly, countries will be encouraged to drop restrictions altogether and maybe the WHO may even declare an end to the pandemic,” he said. “We can only hope.”

At least for now, countries should not be too concerned about resuming contact and travel with China, Cook said.

In fact, economies in the region – most of whom count China as a key trading partner – would have much to cheer about the mainland’s reopening.
Selena Ling, chief economist at OCBC Bank, noted that China was a key source of investment, tourism, and portfolio flows for many Southeast Asian countries.

While trade between China and the region has remained resilient during the pandemic, a reopening of the world’s second-largest economy would help boost market sentiment and confidence for the region.

But one possible challenge was the likely resurgence of Covid-19 numbers following the reopening, which could instead result in a re-tightening of curbs.

“[It’s] two steps forward and one step back,” Ling said. “A linear improvement may not materialise yet even if it’s generally moving in the right direction.”