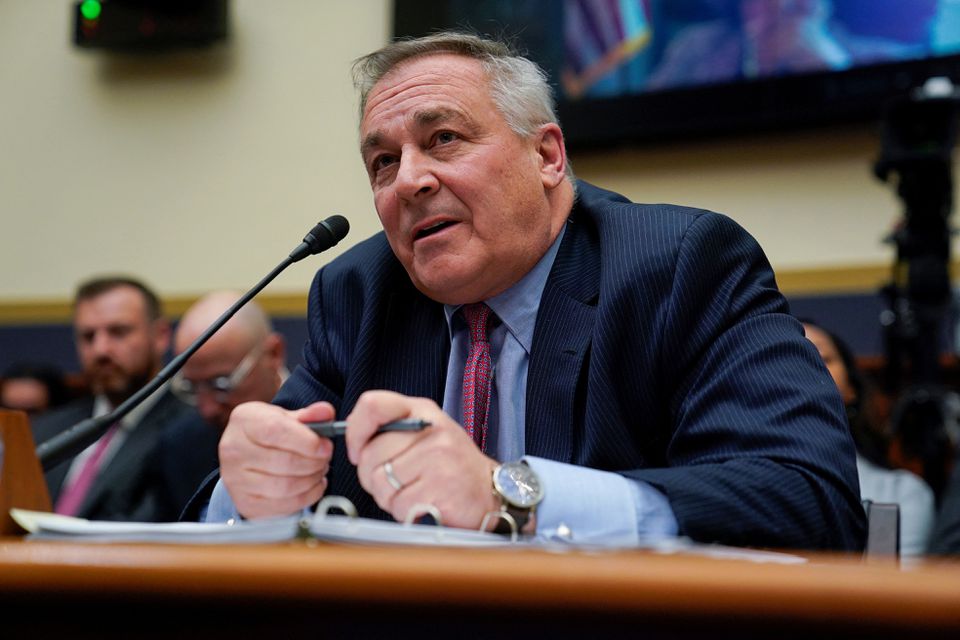 FTX’s new CEO, John Ray III, who was assigned to guide the defunct crypto exchange through Chapter 11 bankruptcy, gave testimony on Tuesday that the company’s founder and former CEO, Sam Bankman-Fried, made various financial false assertions.
Ray, who supervised the notorious Enron corporate fraud, called FTX’s actions “old-fashioned embezzlement.”
“This is just taking funds from your clients and using it for your own purposes,” He said, explaining that the only thing advanced about the method was hiding it in broad daylight.

Ray’s testimony could also give insight into the theories underlying the Justice Department’s charges against Bankman-Fried, who was charged with eight counts of wire fraud, securities fraud, and conspiracy in an indictment unsealed on Tuesday.
The department’s felony charges, which assert that Bankman-Fried embezzled client funds by enabling them to be spent by his crypto hedge fund Alameda Research, need to establish beyond a reasonable doubt that Bankman-Fried knew and planned to lie to clients or borrowers about the arrangement.

The FTX CEO testified before the U.S. Bankman-Fried was also scheduled to appear through video conference before the House Financial Services Committee. However, the public’s chance to listen to evidence from the founder was snuffed out when he was arrested by Bahamian authorities on Monday evening.
Bankman-Fried was arrested in the Bahamas at the request of the United States. The Justice Department issued its indictment under seal on Monday night.

The Department of Justice charged Bankman-Fried in the indictment with wire fraud and conspiracy to commit wire fraud against FTX clients and financial institutions, conspiracy to commit commodities and securities fraud, conspiracy to breach money laundering laws, and conspiracy to defraud the United States government through offenses of campaign finance laws.
Different civil actions were filed on Tuesday by the Securities and Exchange Commission. Bankman-Fried was as well accused of violating securities laws, the Commodity Exchange Act, and the commission regulations by the U.S.Commodity and Futures Trading Commissions.

When asked if Bankman-Fried and FTX’s senior management could have been unaware that their entities had merged customer funds, allowing Alameda complete control of FTX customer accounts, Ray III replied, “No.”

Bankman-Fried told the New York Times’ Dealbook Summit that he “didn’t ever try to commit defraud anyone,” that he wasn’t “running Alameda,” and that he “didn’t know what was going on.”
Ray was also questioned about claims in Bankman-Fried’s leaked prepared testimony that FTX was liquified enough except for a run on the bank caused by Binance’s withdrawal from a planned investment in FTX, and that FTX US has enough balance and was capable of paying off all of its customers. Bankman-Fried tweeted the claim on November 10, the day before the exchange declared bankruptcy.

“Is there any amount of truth to this assertion, based on the information you’ve obtained?” Georgia Rep. Barry Loudermilk asked Ray.
“We continue to have a gap in the U.S., so as we sit here today it is not solvent. That is simply incorrect. And, to be sincere, I’m not sure how he would know. “We’re optimistic,” Ray said.
“Do you believe that FTX was solvent prior to that episode?
” Ohio Rep. Anthony Gonzalez inquired about Binance’s change of heart. “No,” Ray said.
Missouri Rep. Ann Wagner asked Ray if the FTX funds were transferred to Alameda by accident, considering that Bankman-Fried has openly expressed remorse for making errors while leading his companies.
“I don’t believe any of that ” Ray III said.

Rep. Wagner continued by claiming that FTX’s global trading platform, FTX.com, boasted an advanced risk management system comply with the size of his transactions.
“I can tell you that it is completely false. “There was no sophistication,” Ray III said. “There was no management at all.”