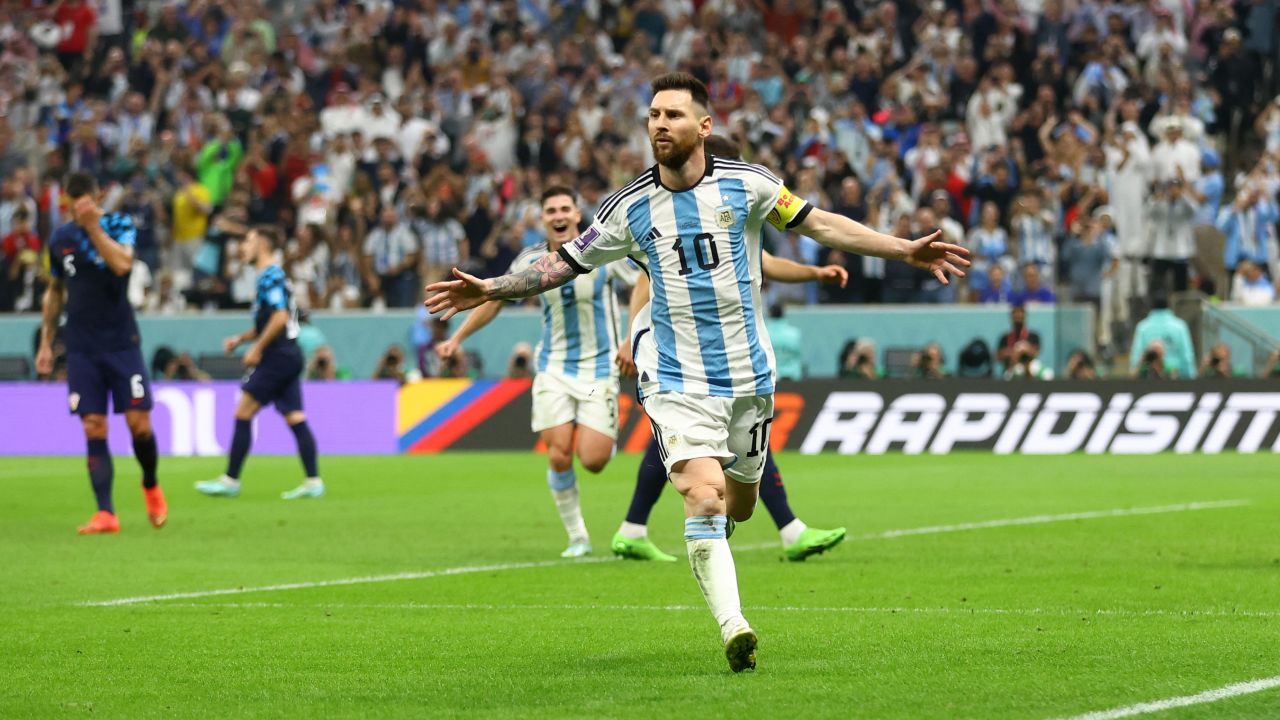 Qatar — Argentina and Lionel Messi have done it yet again. The South American powerhouse will play in the World Cup final after defeating Croatia 3-0.

It was the fifth time Argentina has played in a World Cup semifinal (defeating the USA in 1930, Belgium in 1986, Italy in 1990 and the Netherlands in 2014). And it is the sixth time it has advanced to a final. The last time Argentina won the World Cup was in 1986.It was a cautious start to the match as both Argentina and Croatia played conservatively – not wanting to make an early mistake. But Argentina took control after a half hour and never looked back.

In the 32nd minute, Julián Álvarez went one-on-one with Croatian keeper Dominik Livaković who brought Álvarez down – winning a penalty kick. Argentina star Lionel Messi then stepped up to do what he seemingly always does. Calmly and coolly, he punched the ball high and to the right giving his side a 1-0 lead.

Álvarez wasn’t done. In the 39th minute, he led a counterattack and dribbled all the way from midfield, sprinted through three Croatian defenders, and lofted the ball past Livaković to give Argentina a 2-0 lead at the half.Livaković had shined in goal this tournament. But an unrelenting Argentina offense and some Croatian defensive lapses proved to be too much.

The beautiful tandem of Messi and Álvarez had one more sparkling moment against Croatia. In the 69th minute, Messi had a flash of unbelievable ballhandling against Croatia defender Joško Gvardiol on the right side of the goal. Messi then found Álvarez who powered it in for the 3-0 lead. Of Croatia’s twelve shots on goal, only two were on target.

Argentina entered this match having lost only one of their last 41 international games (28 wins, 12 draws). While Croatia, runners-up in the 2018 tournament, had lost just one of their last 12 World Cup matches.

It was Messi’s fifth goal of the tournament (and his third assist), moving him just ahead of France’s Kylian Mbappé (five goals and two assists) for the tournament lead in the Golden Boot competition. Messi is set to break another record in the finals. This was his 25th World Cup match and he joins Lothar Matthäus for all-time FIFA appearances.

Argentina will play the winner of Wednesday’s semifinal between France and Morocco on Sunday. Croatia’s World Cup tournament is not done yet. It will play in the third place match on Saturday against the loser of tomorrow’s semifinal.