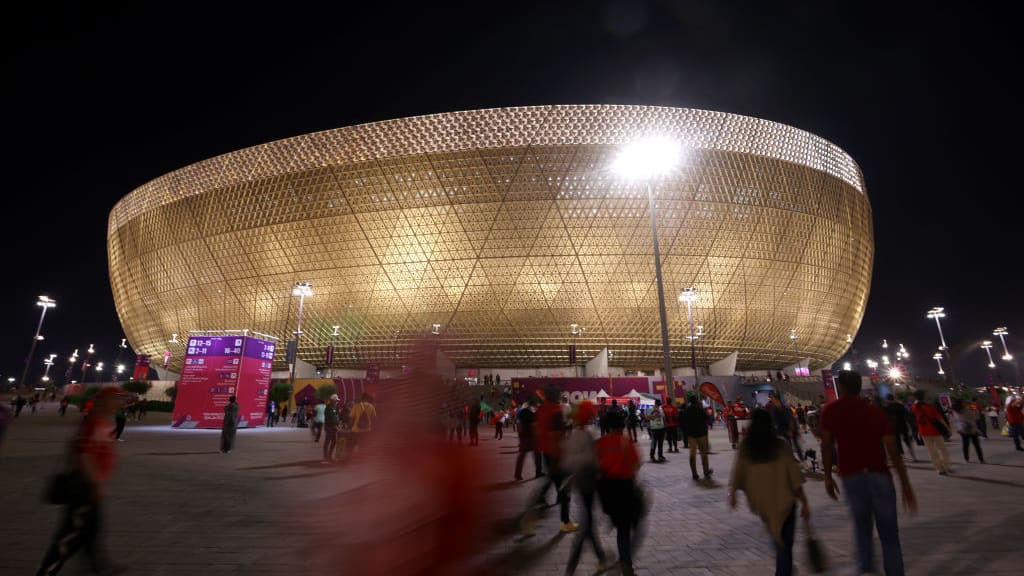 A reporter covering the FIFA World Cup “died suddenly,” a Qatar newspaper reported—the same day a security guard was left in intensive care after falling at one of the tournament’s stadiums.

The Doha-based Gulf Times announced Saturday that Al Kass TV photojournalist Khalid al-Misslam “passed away recently.” The Qatari reporter “died suddenly while covering the FIFA World Cup Qatar 2022,” the Gulf Times tweeted. “We believe in Allah’s mercy and forgiveness for him, and send our deepest condolences to his family.”

How and when al-Misslam died remain unclear. But the announcement of his death came on the same day that a security guard was left seriously injured after falling at the Lusail Stadium. An observer told The Guardian that the man fell from a “significant height” at around 2 a.m. on Saturday following Argentina’s quarterfinal win over the Netherlands. The security guard, who is reportedly a migrant worker, is said to have plunged from the top outside concourse to the ground. Reports on Sunday suggested he was in a stable but critical condition.

Qatar’s supreme committee release a statement describing the incident as a “serious fall while on duty.” “Stadium medical teams immediately attended the scene and provided emergency treatment before he was transferred to Hamad Medical Hospital care unit via ambulance,” the statement said, adding that Qatari authorities are “investigating the circumstances leading to the fall as a matter of urgency.”

News of al-Misslam’s death and the security guard’s fall came a day after U.S. journalist Grant Wahl died. Wahl, 48, was covering the Argentina vs. Netherlands game on Friday when he is said to have collapsed in his seat at the Lusail Stadium. Witnesses said Wahl was quickly treated by emergency services workers before he was rushed to hospital. The World Cup’s organizing committee did not disclose his cause of death but said it was in contact with the U.S. Embassy.

In the weeks before his death, Wahl made international headlines after he tweeted that he had been refused entry to the game between the United States and Wales on Nov. 21 because he was wearing a rainbow t-shirt in support of the LGBTQ community. Homosexuality is illegal in Qatar and signs supporting gay rights have been treated with contempt by authorities at the World Cup. Wahl said he was ordered to change his shirt by a security guard when he tried to enter the stadium.

On Dec. 6, Wahl wrote on his Substack that he had been feeling unwell and had attended a medical clinic. “My body finally broke down on me,” he wrote. “Three weeks of little sleep, high stress and lots of work can do that to you. What had been a cold over the last 10 days turned into something more severe on the night of the USA-Netherlands game, and I could feel my upper chest take on a new level of pressure and discomfort.”

He added that he did not have COVID and that medics advised him that he “probably” had bronchitis, an inflammation of airways in the lungs. “They gave me a course of antibiotics and some heavy-duty cough syrup, and I’m already feeling a bit better just a few hours later. But still: No bueno,” Wahl wrote.