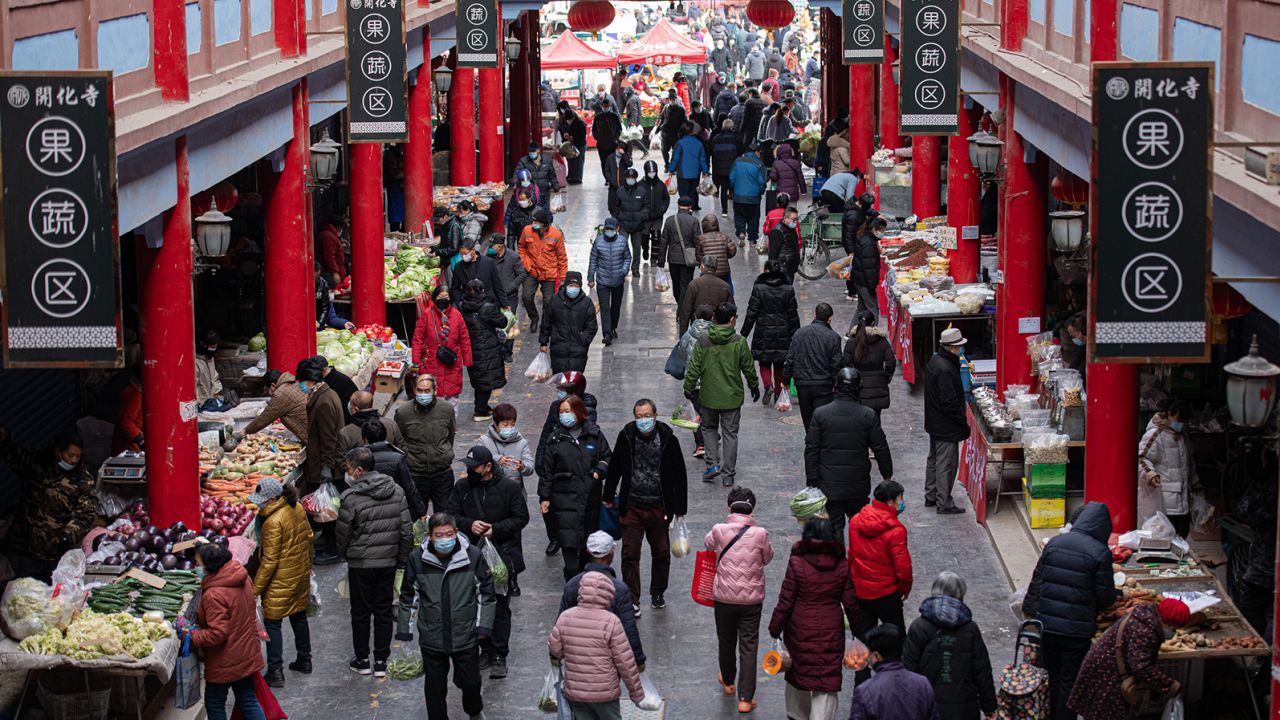 Workers across China have dismantled some of the physical signs of the country’s zero-Covid controls, peeling health code scanning signs off metro station walls and closing some checkpoints after the government unveiled an overhaul of its pandemic policy.

But as many residents expressed relief and happiness at the obvious loosening of measures, some worried about its impact and questioned how the new rules would be rolled out.

“The world changed overnight, and that’s really amazing,” said Echo Ding, 30, a manager at a tech company in Beijing. “I feel like we are getting back to normal life. This is important to me because if I don’t get back to a normal life, I might lose my mind.”

But Ding, like many across the country, also expressed unease with the rapid change. Even after much of the world relaxed pandemic restrictions, China continued to lock down entire cities and send all Covid-19 patients to central quarantine facilities, while restricting others merely for visiting an area where a positive case was detected.

On Wednesday, China’s health authorities overhauled the zero-Covid policy with a 10-point national plan that kept some restrictions, but largely scrapped health code tracking for most public places, rolled back mass testing, allowed many positive cases to quarantine at home and imposed limits on lockdowns of areas deemed “high risk.”

“How can it change so fast?” Ding asked. “It gives me the feeling that we are like fools. It’s all up to them. They said it’s good, so then it’s good … that’s what I feel right now. It is so unreal, but I have no choice. All I can do is follow the arrangement.”

David Wang, 33, a freelancer in Shanghai, said although the changes were welcome, they had also sparked a feeling of disbelief in the city, which underwent a chaotic, more than two-month-long, citywide lockdown earlier this year.

“Of course I was very happy about these new changes – (but) most of my friends are showing typical signs of PTSD, they just can’t believe it’s happening,” he said.

Top health officials in Beijing on Wednesday said the changes to the rules were based on scientific evidence, including the spread of the comparatively milder Omicron variant, the vaccination rate, and China’s level of experience in responding to the virus.

But the changes, which come on the heels of a wave of unprecendented protests across the country against harsh Covid restrictions, are a swift about-face for a government long bent on stamping out all infections. While health authorities made slight policy revisions and cautioned officials against overreach last month, the central government up until last week had shown no signs of preparing for an imminent shift in its national strategy.

The government and state media had long emphasized the dangers of the virus and its potential long-term effects – and used this to justify the maintenance of restrictive policies.

Now, a flood of articles highlighting the more mild nature of Omicron and downplaying its risks have created a feeling of whiplash for some, and fall well short of the kind of public messaging campaigns that some other countries carried out before their own pandemic policy changes.

That’s left many unprepared for what experts say could be an impending surge in cases in a country where the vast majority of people have not been exposed to the virus.

On China’s heavily moderated social media platform Weibo, topics and hashtags related to what to do if infected by Omicron trended high on Thursday morning, while there were numerous reports of panic buying of fever medications.

“People were not told what kind of medicine they should have and what they should do if infected until there was widespread infection. In fact, we should have started doing this a long, long time ago,” said Sam Wang, 26, a lawyer in Beijing, who added that the policy release felt “sudden and arbitrary.”

Others expressed concerns about living with the virus. Aurora Hao, 27, an English teacher in Beijing said: “I want to keep myself safe, because I could be fine after my first infection, but if I am reinfected a second or third time, I’m not sure what harm that will bring to my body.”

Fears about the impact of Covid-19 within China may also play out along generational and geographic lines, as younger people and those in more cosmopolitan urban centers may be more likely to support reopening the country and relaxing rules, residents said.

Wang in Shanghai said the larger conversation in China was polarized. Among his own friends, those in the metropolis had been hoping for a relaxation of rules, while others in smaller cities were more trusting of the government’s long-term narrative about the dangers of coronavirus infection.

Meanwhile, his mother was now buying high-grade N95 masks and preparing for a “nuclear winter” until a potential initial wave of cases passed, Wang said.

While the changes were greeted with relief by many and sparked discussion online of freer travel within the country – and perhaps even international travel in the future – there was also a sense of uncertainty about what lay ahead.

Already there has been some contradiction in how the guidelines are implemented as local authorities adjust – and many are watching to see the impact in their cities.

In Beijing, authorities on Wednesday said a health code showing a negative Covid-19 test would still be required for dining in at restaurants or entering some entertainment venues – in conflict with the national guidelines.

Hao, in Beijing, said on Wednesday evening that her health code had turned yellow – which would usually bar her from entering most public places, until she queued up for another test that returned a negative result. Now, with the new rules she knew she could largely go out freely, but instead she stayed at home to “wait and see.”

“We are still waiting and watching. It is not the case that people all rushed out once the seal is off,” she said.