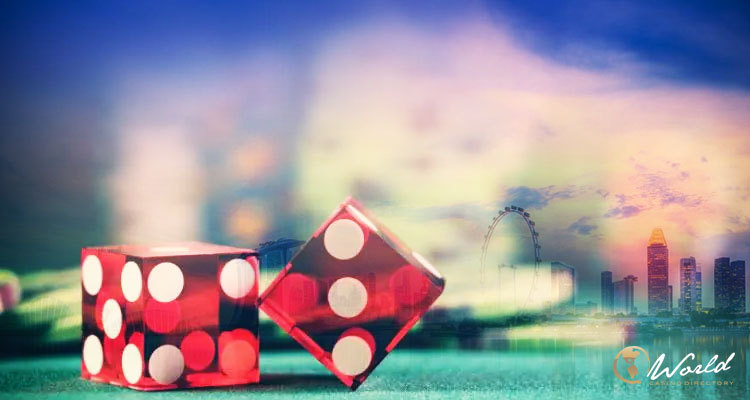 Singaporeans have outdone themselves regarding the amount of money they’ve been spending on different gambling platforms and games.

Singapore broke the record, spending an amount of SG$9.2 billion, or US$6.8 billion. During the financial year that ended on 31 March 2022, the industry’s popularity increased by 43% compared to the previous year. Also, entry-level casino collections worth SG$125 million, or converted to the US currency, $92 million, have recorded the highest level in the past four years.

Singapore rising from the ashes:

Singapore’s Tote Board released relevant information about this increase. During the financial year 2021, the amount of money that was spent on lotteries and sports betting was about SG$6.6 billion (US$4.9 billion). Of course, the global pandemic of COVID-19 has impacted the gambling industry and led to the closures of a few casinos, but by the final count, the record is still broken. There was a 14% increase compared to the financial year 2019, when the growth was SG$8.1 billion, or US$6.0 billion

Tote Board collected SG$125 million (US$84 million) in the financial year 2022, which was more than the amount that was collected in 2021 when it was SG$114 million. It also aligns with previous collections since in 2019, the amount of collected money was about SG$114 million, or US$91.5 million).

The only year among the recent ones when the collected money was greater is 2018 when SG$131 million (US$97 million) was collected.

Also, we need to mention 2012, when was the first time Singapore collected SG$193 million (US$142 million). Since then, the money began to drop – but it seems they have finally averted the crisis.

Although major Singapore casinos, Marina Bay Sands and Resorts World Sentosa, have been closed multiple times over this year because of the COVID-19 pandemic, it seems the players didn’t stop to enjoy gambling. The casinos also needed to implement some capacity restrictions during 2021, but things started to change.

Since the expansion agreements are signed with Las Vegas Sands and Genting Singapore, the well-known operators in the country, Singapore’s former Casino Regulatory Authority has also decided to increase entry levels by 50%. It made many local citizens and residents avoid visiting casinos.

Expansion of the horse racing:

The growth was also recorded in horse racing. Players spent the amount of SG$818 million (US$603 million) on it. Horse racing wasn’t so popular in Singapore during the past few years, but the gambling scene is changing. The proof of that is the fact that in 2012 total bets were worth SG$1.7 billion (US$1.25 billion), and in 2019. their worth was SG$1.1 billion.

The most significant drop was recorded in 2021 when the value of total bets was SG$496 million, or US$366 million.