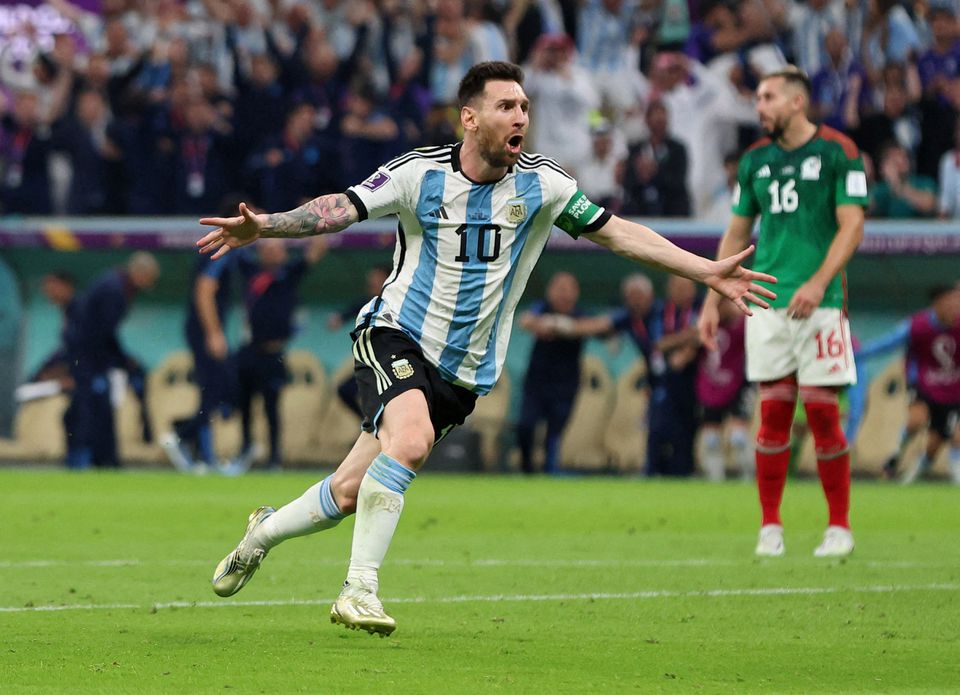 To keep his country’s World Cup hopes alive, Messi scored for Argentina in their crucial 2-0 victory over Mexico on Sunday. However, it was the footage of the Paris Saint-Germain forward and his teammates celebrating in the locker room that really infuriated Alvarez.
After Argentina’s 2-0 victory over Mexico in their World Cup match on Sunday, Alvarez tweeted a threat against Messi for disrespecting the Mexican flag.

Messi is seen in video from Argentina’s locker room stepping on a Mexican shirt or flag and then, it appears, kicking it as he removes his boots.
“Did you guys see Messi cleaning the floor with our jersey and flag?” Alvarez tweeted.
“He better pray to God that I don’t find him.”
“Just like I respect Argentina, he has to respect Mexico!”
“I’m not talking about the country as a whole, just about the bulls**t that Messi did.”

The outburst stunned the Argentine fans.
“Since he’s no longer relevant, he’s [Alvarez] just looking for attention. “Honestly, I never heard of him till now,” one fan wrote on social media.
Another person chimed in, “He is obviously taking off his shoes.”
“All the punches Canelo took in his career are finally catching up to his brain.” “It’s not working anymore,” added another.
One fan wrote that Alvarez has to fight 1 billion Indians, Pakistanis, and 500 million Africans before he can touch Messi.
Even Mexican fans struggled to support Alvarez’s claims, with the majority of them agreeing that the Argentinian star was simply taking off his boots after the game.
Another fan added the sentiment, saying, “I agree with you, Messi was taking off his boot and accidentally touched the shirt; they are taking all this out of context.”

However, some Mexican supporters bought into the hysteria, claiming that Messi purposefully disregarded their flag.
It’s unfortunate that they represent their country in such a manner, “Surely they stepped on it and did what they wanted in the locker room, and it was left on the floor.” One supporter wrote back to Alvarez, “The total admiration I had for them is gone.”
Fans are waiting for his reply to this accusation, but as quiet as we all know Messi to be, he will probably not respond.