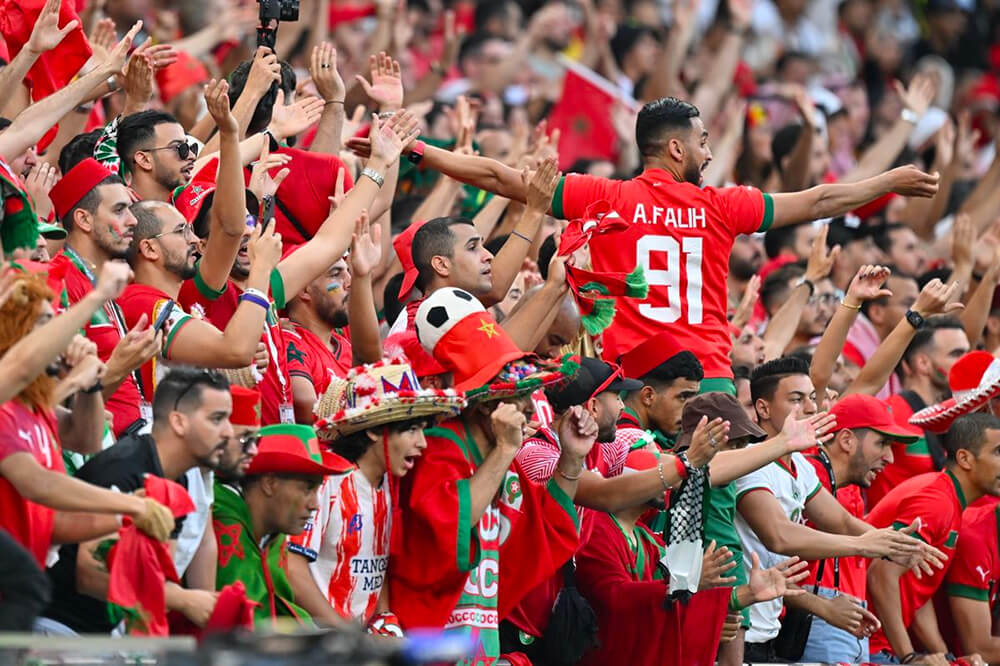 Chinese are outraged by World Cup crowds without masks.

China’s coverage of the World Cup in Qatar has infuriated Weibo users, who have been protesting the strict “zero COVID” policy that the Chinese government has instituted.
Many in China have questioned the country’s widespread ongoing lockdowns, quarantines, and mass testing campaigns after the initial coverage of the football tournament revealed spectators in Qatar without protective masks.
Weibo users noted that the mask-free crowds demonstrate that the rest of the world has discovered a way to cope with COVID-19 without taking unnecessary precautions.

A Weibo user from Guangdong wrote on Wednesday that “some people are watching World Cup matches in person without masks, some have been locked at home for a month, while some are locked on campus for months without even being able to step outside the door.” I won’t say who took my life away.

A Weibo user from Shaanxi province wrote, “The World Cup has allowed most Chinese people to see the real situation abroad and worry about the economy of the motherland and their own youth.” Before being removed by web censors, an open letter asking the government if China was “on the same planet” as Qatar was widely shared on Weibo.

After the backlash, state broadcaster CCTV Sports reportedly started erasing images of fans without face shields from its coverage of the Japan vs. Costa Rica game on Sunday. There have reportedly been other instances of local broadcasters removing crowd shots from games, including the Saturday match between Australia and Tunisia.

The broadcasts allegedly substituted long shots of the football stadium or clips of players, officials, or cheering, flag-waving spectators without masks. China started closing down entire cities earlier this year in an effort to stop the domestic spread of COVID-19, with the number of daily new cases reaching 31,656 on Thursday.
A deadly fire that broke out inside a partially locked down building in the Xinjiang region’s capital of Urumqi on Thursday night claimed the lives of 10 people and reportedly infuriated social media users as well. Residents were unable to flee in time due to the lockdowns, according to online users.

A father in China’s Gansu province laid similar blame on national policy earlier this month, while a woman in Chongqing claimed the rules of her residential complex led to her miscarriage.
Last week, in a rare display of public discontent, protests took place in Shanghai, Beijing, and other cities across China as a result of growing resentment over the government’s strict policy. Some protesters have chanted for the removal of Chinese President Xi Jinping in addition to calling for the “end of lockdown.”