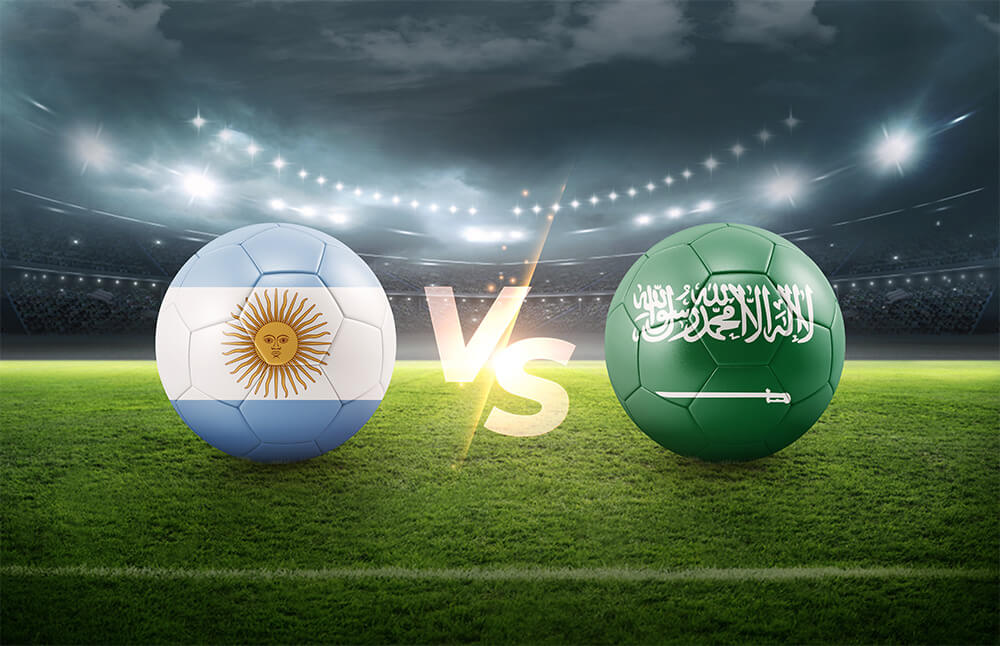 In Qatar 2022, Saudi Arabia changed the course of history and altered how history would remember it. Sports data rate Saudi Arabia’s 2-1 victory over Argentina in their Group C match as the biggest shock in World Cup history.

Lionel Messi’s Argentina suffers one of the biggest World Cup upsets in history at the hands of Saudi Arabia. Lionel Messi’s Argentina, which has gone three years without losing, is one of the favorites to win the 2022 competition. Argentina was widely anticipated to easily defeat Saudi Arabia. One of the greatest players in the world, Messi, who is likely playing in his final World Cup, was the subject of all pre-game discussion.

Lionel Messi gave his team an early advantage with a penalty kick, but Saleh Al-Shehri and Salem Al Dawsari’s two goals in the second half changed the course of the match.

The incredible goal by Al Dawsari will go down as one of the World Cup’s highlights. Sports statistics show that the USA’s victory over England in 1950, when the American team had a 9.5% chance of winning, was the previous most unexpected World Cup victory.

However, the odds of Saudi Arabia winning on Tuesday were estimated at 8.7%, which means the Saudis have taken over as the top team.

But what other major upsets have happened in the World Cup?

Diego Maradona impressed the world at the 1986 World Cup with outstanding performances that led Argentina to its second title. Four years later, Italy hosted the event, and Maradona entered the World Cup fresh off of leading Italian club Napoli to a legendary Serie A title.
Francois Omam-header Biyik’s in the second half, however, was enough to give Cameroon a famous victory and surprise everyone.

France hosted and won the 1998 World Cup, defeating Brazil 3-0, and was a heavy favorite to defend its title in South Korea and Japan.
France was playing against a Senegal team making its debut at the World Cup. Senegal put on an outstanding performance to win in spectacular fashion.

In a World Cup group that would forever alter the tournament, Algeria faced West Germany. Due to their dominant style of play. West Germany came to the tournament as the favorite. The team was so sure of themselves that the manager said he would “go back to Munich” if they lost the match.
Their arrogance backfired when an unheard-of Algerian team defeated West Germany and won the game.

Football had been fully professional in England for many years prior to the 1950 World Cup in Brazil, unlike many of the opponents in the competition.
A gravedigger, a dishwasher, and a postman were among the amateur players on the US team that England was facing.
But those amateurs managed to secure the US a remarkable victory by pulling off the first major World Cup upset.