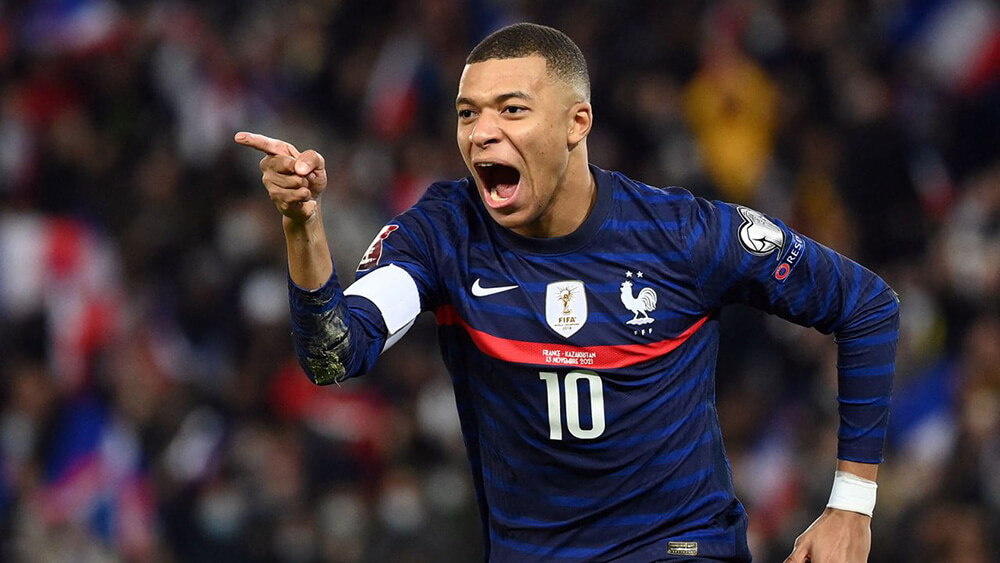 The 7 players to watch out for at the World Cup 2022
All 32 teams participating in this year’s FIFA World Cup have named their squads for Qatar 2022.
Every team will have 26 players in their ranks to choose from, but here are the top 7 players who football fans across the globe are eager to see in action.

The Three Lions captain has scored an average of one goal in each World Cup match. To tie Wayne Rooney’s 53 goals as England’s all-time leading scorer, the Tottenham striker needs just two goals in the national team’s shirt
Kane is a capable all-around player who can play in central midfield or as a lone striker. However, his ability to jump will be a huge threat to defenders. Harry Kane of England was recognized with the Golden Boot for scoring the most goals at the 2018 World Cup in Russia

Lewandowski, a seasoned player who shows no signs of quitting, Already scored 18 goals for his club team Barcelona before the international breaks.Even though nobody has high expectations for Poland at the 2022 World Cup. But if something significant does occur, 34-year-old Poland will undoubtedly be at the center of it.
During the entire 2020–21 season, he scored 41 goals for Bayern Munich. Lewandowski is one of the best centers forwards in modern football history and a goal-scoring machine. He understands the game in every way, putting emphasis on effort and self-control as he strives for greatness. He is a seasoned powerhouse and the cornerstone of Poland’s team.

Although Gareth Bale is not solely responsible for a country’s hopes of competing in the World Cup for the first time in 64 years, it often feels that way. Wales’ roster includes some respectable players, but Bale is a world-renowned athlete. He is unstoppable when he is in top form. However, he left Real Madrid due to personality conflicts and a lack of playing time in order to move to Los Angeles, where he won’t face as strong of competition as he did during his time in the Premier League and La Liga. Gareth Bale of Wales is the star athlete for his country.

At age 37, Portugal’s all-time leading goal scorer and the 5 times ballon d’Or winner may not be in his prime. However, he continues to be a remarkable force in front of the net. Ronaldo is a talented playmaker and a performer who enjoys and is aware of the attention he receives from the public. Ronaldo is frequently given a lot of freedom to explore outside of traditional positions. For Portugal, Ronaldo has scored 117 goals. We’ll definitely see him score goals if he can put his problems with Manchester United behind him once he arrives in Qatar. Cristiano Ronaldo of Portugal is among the greatest players football fans have ever seen.

Neymar has already been discussed in great detail, so what else is there to say? For Brazil, he has scored 75 goals. He is capable of playing as a striker, winger, or midfielder. He is quick and has all the skills, moves, and tricks you could want. He is fun to watch. He will outrun defenders and has the ability to score with either his foot or his head. If he really wants to put on a show you might even witness a rainbow flick. However, Neymar has a sizable target on his back. He will face many physical challenges, and he will take full advantage of them by diving on the field.

Most likely, Messi is the best football player of his generation. Because of his extraordinary talent for appearing as though he had been coded by a computer programmer, He has received seven Ballon d’Or honors. In Europe, he has broken every record. He has not, however, yet won a World Cup. And he probably won’t get another chance at 35 and this could be his final opportunity to win a World Cup.

Which younger player is capable of replacing Messi? One candidate that can be seen at Paris Saint-Germain is Mbappe.

The 23-year-old already has 28 goals for France and was an integral part of the France team that won the 2018 World Cup in Russia. Another forward who can play on either wing Mbappe’s versatility sees him provide chances and assists for his teammates, especially coming from the right.

His inventiveness, explosive acceleration, and abrupt changes in pace and direction confuse opponents. Mbappe, a player of extraordinary talent, has the chance to rank among the best ever to live. He has a tremendous opportunity to show to the world his talent this World Cup.