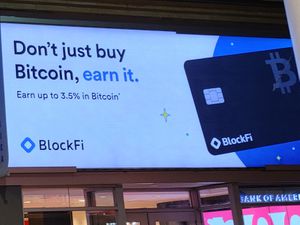 BlockFi received a $400 million line of credit from FTX earlier this year.

The company said it was filing for Chapter 11 bankruptcy protection, indicating it hoped to restructure, continuing operations in the meantime. According to a press release, BlockFi has about $257 million in cash on hand. A Bermuda-based affiliate is also filing for liquidation, a similar process.

BlockFi’s largest creditor is Ankura Trust Company, which the lender appears to have hired in February and now has a $730 million unsecured claim.

BlockFi, which suspended withdrawals a few weeks ago due to the ongoing confusion about FTX’s assets, has had a rocky year. The company liquidated a large client earlier this year, and needed a line of credit from FTX to survive earlier this year. In announcing the suspension of withdrawals, BlockFi warned clients not to deposit any funds to its wallet or interest accounts.

The lender was set to raise funding at a $1 billion down round valuation in June, after raising $350 million at a $3 billion valuation in March 2021. As recently as last July, the company was looking to go public within the next year and a half, with a potential $500 million fundraise coming soon.

However, the company had to pay $100 million in February as part of a settlement with the SEC and several state regulators over allegations its high-yield crypto lending product violated state and federal securities laws. As part of the settlement, BlockFi also had to register its BlockFi Yield product with the SEC.

The company cut around a fifth of its workforce in June as the broader cryptocurrency market declined. The market capitalization – one measure of the overall value of the market – fell from over $3 trillion a year ago to $1 trillion by June.

After the collapse of Three Arrows Capital, BlockFi CEO Zac Prince announced that the company had to liquidate a large client, though he did not confirm whether it was Three Arrows or not. Shortly thereafter, crypto exchange FTX extended a $250 million credit facility to the lender, which later morphed into a $400 million credit facility that also gave FTX US the ability to acquire the lender.

However, FTX itself filed for bankruptcy in the second week of November, after days of speculation about whether it was fully liquid. The questions were sparked by a CoinDesk report revealing that much of FTX sister company Alameda’s balance sheet was composed of an exchange token, FTT, issued by FTX, which later prompted Binance CEO Changpeng “CZ” Zhao to announce he would liquidate his company’s entire set of FTT holdings. FTX later suspended withdrawals.

Amid the confusion, BlockFi announced it would suspend withdrawals, saying it had some number of assets deposited on FTX and was still owed some of the credit FTX had extended.