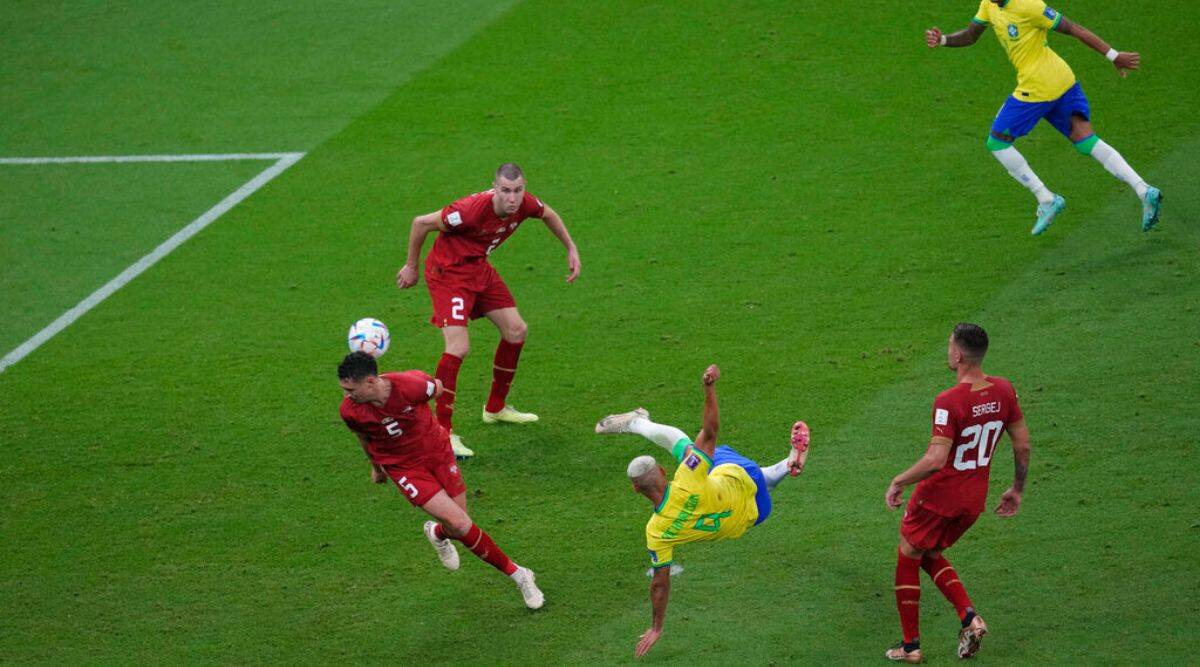 A controversial one, maybe, but stunning bicycle kicks aside, Brazil took a long time to break down a well-drilled and defensively minded Serbia team.

The Seleção Canarinho struggled for rhythm in the first half, as it gradually began to dawn on the world this team might not be the unstoppable force we thought it was.

With Neymar, the electric Vinicius Jr. Raphinha, and Richarlison up front, and the likes of Gabriels Jesus and Marinelli on the bench, Brazil has an attacking force to terrify the world.

That showed in the second half. But the team’s other components need to gel, and soon, if it’s to go all the way, although we should note Casemiro was also excellent tonight.

Brazil was a 4-1 favorite to win the tournament at the start. Since beating Serbia, the team is now even shorter, at 5/2. Early days, but we’re not so sure.

Spain announced itself as an emphatic contender to win the World Cup with a 7-0 thrashing of Costa Rica on Wednesday. We all know that Spain is technically elite, and the players showed it, but the sheer ruthlessness in front of goal was a surprise.

Jordi Alba was sensational, completing a first-half hattrick in just ten minutes, while youngsters Gavi and Pedri showed why we should believe the hype. This team was 8/1 before the tournament started. It’s now around 13/2. That’s still a really good bet.

Oh dear. What happened here? In Japan, they’re calling it “the Miracle of Doha” and there have been calls to mark the national team’s shock victory 2-1 against Germany with a public holiday.

The result had seemed impossible after a lousy first half for Japan. In fact, the team had just 26.2% of possession for the entirety of the game, while riding its luck and hitting twice, decisively, on the counter.

It’s disaster for Germany, which must beat Spain to have a chance of progressing past the group stage, and the Spanish aren’t in the mood to give the Germans an inch. Pre-tournament, the team was 10/1 and among the favorites. Now, it’s 25/1.

England looked undercooked in the lead up to the World Cup and there were questions about whether its technically gifted new golden generation had run out of steam just at the wrong time. Its dismal 4-0 defeat to Hungary was the worst at home since 1928.

None of that was on show this week when the team put six past Iran. And yes, it’s “only” Iran, but England played like a club side on Monday, pressing and counter pressing to devastating effect, while combining like a group of players who play with each other week in, week out. Keep that up and they have a chance.

Always among the favorites going into the tournament, England is now 7-1 to win the whole thing, although questions about defensive frailties and manager Gareth Southgate’s tactical limitations remain.

Portugal squeaked through 3-2 against a limited Ghanian team in a highly entertaining game that saw Cristiano Ronaldo become the only footballer to score in five World Cups. That’s after he won and then converted a highly dubious penalty.

But considering the amount of individual talent in this squad, it has to go down as a poor performance from the Portuguese, and one that would sink against superior opposition. With Bruno Fernandez starting on the right wing in a 4-3-3 and Joao Felix on the left wing, it felt like Fernando Santos was trying to stuff all that talent onto the pitch, irrespective of natural positions.

Ronaldo, at 37, is still one of the best players in the world, but his prodigious ego threatens to disrupt any project he’s involved in. He will be determined to win the World Cup single-handedly, nevertheless.

Saudi Arabia may not be everyone’s favorite authoritarian petrostate at the moment, but it was hard not to in fall in love with its soccer team when it pulled off one of the most surprising results the history of the World Cup history on Wednesday.

Its shock – SHOCK! – victory against Argentina at the Lusail Iconic Stadium ended the latter’s 36-game unbeaten run and gave the great Lionel Messi something to think about.

The game was won in five mad minutes in the second half. And Salem Aldawsari’s winner could even be described as “Messi-esque,” as he plucked the ball from the sky and dribbled around two Argentine defenders before curling the ball into the top corner from the edge of the area.

Argentina (stock falling) was a 6/1 second favorite when the tournament started. It’s now eighth favorite at about 8/1. But it still has what it takes to progress to the next round.