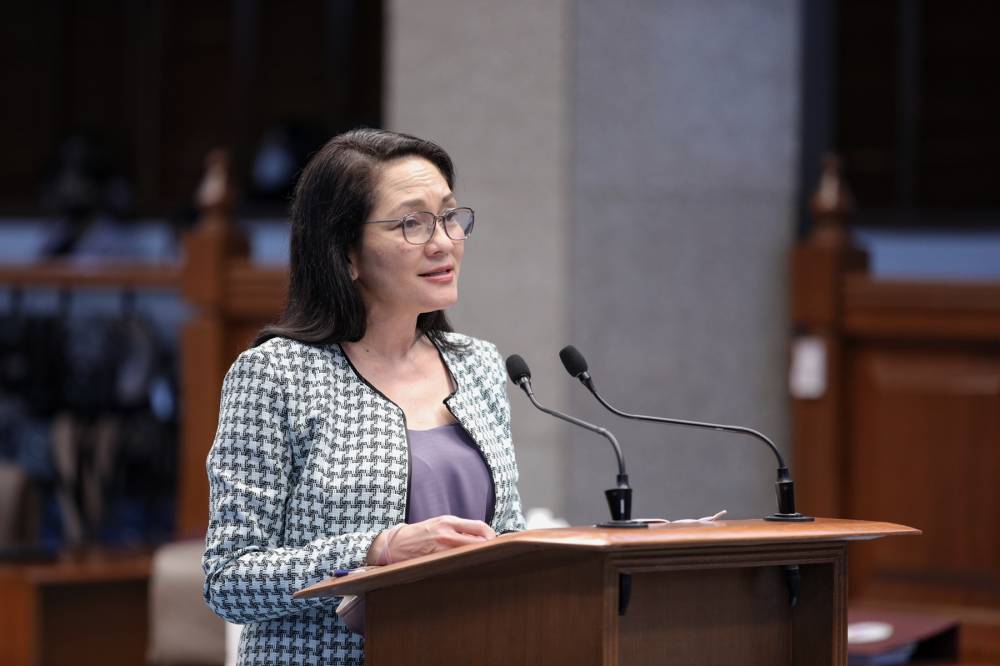 Senator Risa Hontiveros on Monday, November 21 bared a reported plot by a Chinese syndicate to recruit and lure as many Filipinos to be part of a large-scale human trafficking scheme and investment fraud.

Hontiveros disclosed this at the Senate showing the testimony of one of the 12 overseas Filipino workers (OFWs) who were rescued from their abusive employers.

According to Hontiveros, “Rita” and the other Filipino workers were tricked inot applying for high-paying jobs in Thailand only to end up being trafficked in Myanmar to work as “scammers” targeting various countries, including Canada and the United States.

If they fail to do their tasks, the OFWs, she said, were not paid or fed or even threatened.

“Additionally, the heavy impact on the victims’ mental health, not just of the scamming, but also of having to sustain sexual and romantic ‘relationships’ online… and somehow feign sexual desire just so they can invest in the cryptocurrency business and they won’t be harmed,” Hontiveros said during her privilege speech.

“The text messages these OFWs receive are no joke if they fail to get clients. Aside from overtime, they are also threatened to face 1,000 squats, made to carry loads of water, hit with an electric baton, stoned, or be stabbed until they die,” she said.

“I am calling on the Department of Justice (DOJ) and the Inter-Agency Council Against Trafficking (IACAT) to investigate these syndicates and their accomplices for jeopardizing the future of many Filipino women and families. And who gave the green light that allowed such procedure to thrive?” Hontiveros stressed.

Hontiveros also called on the Department of Migrant Workers (DMW) to facilitate a national information drive against scam job offers on the internet, guarding against unscrupulous recruiters, even when the recruiter is a fellow Filipino.

Palala po nang palala ang mga storya ng human trafficking na ating tinatalakay taun-taon. Tulad ng dati, handa pong makipagtulungan ang aking opisina para mapatigil na natin ang mga ganitong pangyayari (The stories of human trafficking that we discuss every year are getting worse and worse. As always, my office is ready to work together so that we can put an end to such incidents),” the senator said.

Citing statements from the OFW, Hontiveros said the Chinese syndicate allegedly plan to gather an “all-Filipino team” of scammers due to their proficiency in the English language.

“This is of extreme importance and urgency. This Chinese mafias are making the Philippines an incubator of scammers,” she warned.

“We are not and will never be known as a nation of scammers,” Hontiveros pointed out.

“I appeal to you all, and to all the government agencies who are able to help us: if we don’t plug this hole, more and more of our kababayan will be duped, and more and more people all over the world will be scammed,” she stressed.

“This issue involves investment scams and human trafficking at multiple dimensions – labor trafficking, technology-facilitated trafficking, and even sexual trafficking. The welfare of our people and our national identity are at stake,” the lawmaker added.

At the same time, Hontiveros expressed her gratitude to the Department of Foreign Affairs (DFA), as well as the 12 OFWs, for their bravery and cooperation that led to the successful rescue operations.