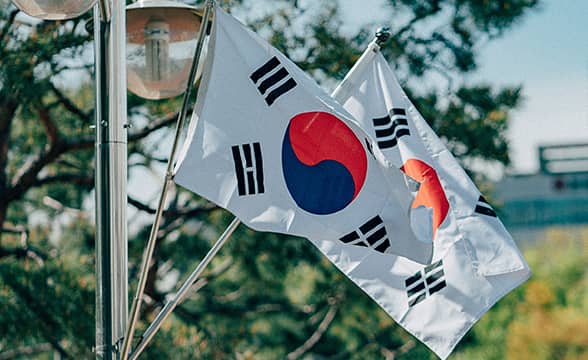 South Korean authorities have been able to relaunch the investigation into the theft of $13.4 million (KRW 14.6 billion) worth of cash from Jeju’s Landing Casino following the arrest of one of the suspects in Dubai. This is the latest win for South Korea’s prosecutor’s office and law enforcement which cast a wide net to try and trawl in the culprits who have been on the lam since last year.

Suspect Linked to $13.4B Casino Theft in South Korea Detained
The individual, identified only as Mr A, was arrested on a flight from Dubai to Incheon International Airport. The individual was arrested as part of a wider search with Interpol and will now be repatriated to Korea to further investigate why the suspect was intending to return to Korea.

The theft of the eye-watering sum was originally reported last year, and it quickly grabbed headlines. In January 2021, Landing International Development Ltd confirmed that the money had gone missing from a VIP safe in a VIP room in the casino. An immediate manhunt ensued, with one 50-year-old Malaysian woman arrested, and her accomplices, Mr A and Mr B, fleeing the country with Interpol on their tail.

While the money appeared to be lost at first, authorities were able to restore significant parts of it, uncovering the sum in separate parts, with $6.5 million cheekily kept at a different safe at Landing Casino and another $3.7 million discovered at one of the suspect’s homes. Another $760,000, though, has been wired overseas. However, Jeju bank has recovered the funds but has not yet released them to Landing, as the investigation needs to wrap up first or authorities need to clear the money to be paid back.

Because of the way the law works in South Korea, any money that has been part of a crime is subject to confiscation, and the only way to release the funds or material assets is through a court decision.