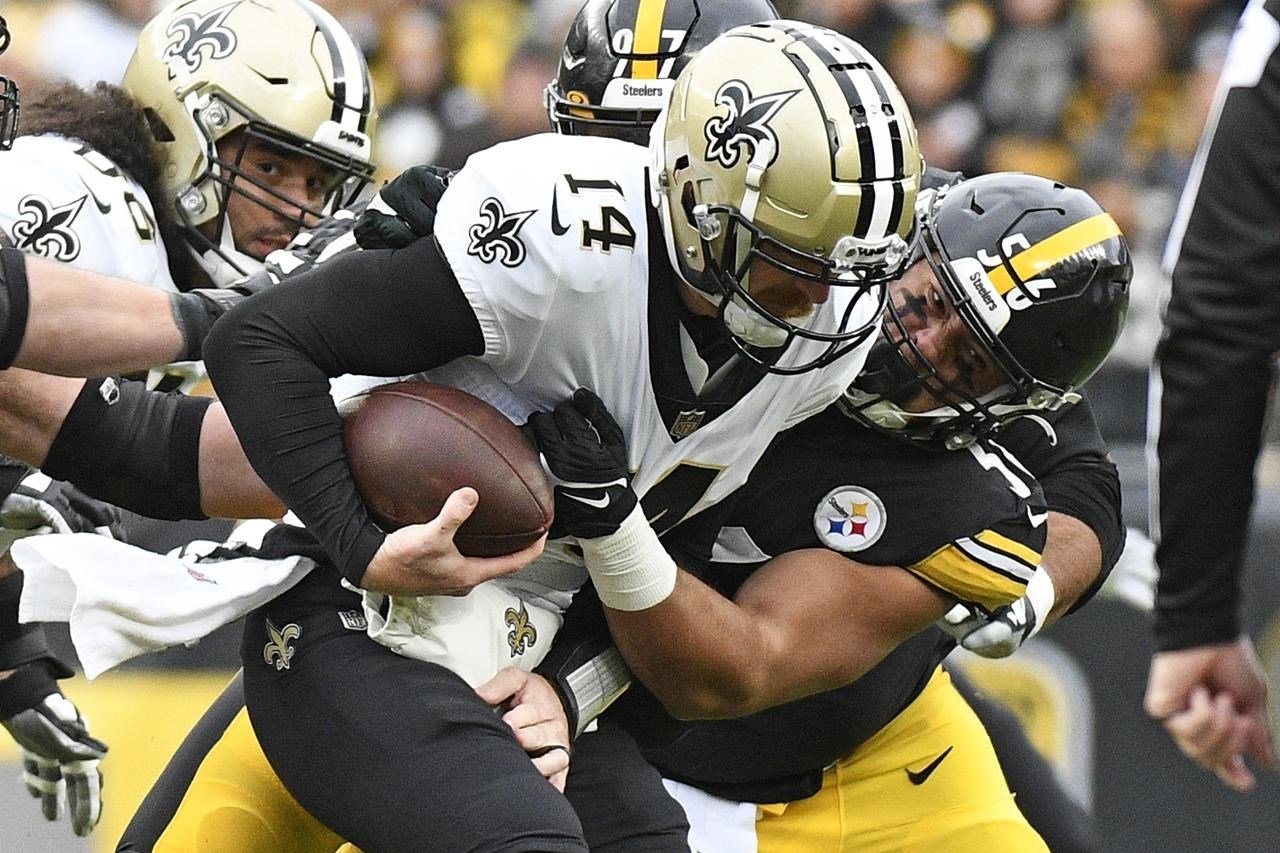 As expected, Sunday’s NFL lineup included a couple of games, including the battle between the Minnesota Vikings and Buffalo Bills, that were over the top. The game between the New Orleans Saints and the Pittsburgh Steelers, however, wasn’t one of them.

The Saints made their way to the pigeon-filled Acrisure Stadium for their Week 10 game, and the pigeons were more alive on the field than the team’s offense. Although the defense played well, the result was a 20-10 loss to fall to 3-7 on the season.

New Orleans hasn’t been able to find solid ground this year, despite having a lot of talent on both sides of the ball. The team’s fans believe this can mean only one thing, and they’re calling for a change in leadership.

Saints Struggles Continue
The Saints needed another victory in order to show that they have some way to stay alive this season. They didn’t find it in the Steelers, who were coming off a bye week.

Pittsburgh got on the board first with a TD after a strong offensive push. They set the pace with a first-quarter TD off wide receiver George Pickens when he punched into the end zone through the Saints defense.

They continued to score in the second quarter after a 33-yard field goal by Wright. The Saints found some juice in the period to tie things up going into the half, but it was obvious their troubles followed them to Pittsburgh.

In the second half, the Saints remained flat, unable to find the end zone at any point. The Steelers, on the other hand, added 10 more points in the fourth.

QB Andy Dalton continues to give the Saints more reasons to believe he’s not the starter he may have been at some point in his career. His performance was unimpressive and, although he helped give the Saints a TD, he also threw two interceptions.

Head coach Dennis Allen isn’t making any friends in New Orleans. Saints fans are chanting more for his exit than they are for a win. He may have been a successful defensive coordinator, but fans now doubt he has the chops to be their leader.

His experiment as head coach of the then-Oakland Raiders should have been a clue. He only won eight games in just over two seasons.

The Steelers haven’t been the most effective this season, either, which is why the sportsbooks had difficulty calling a winner. The Steelers made a run on the 39 over/under, but didn’t get any help from the Saints to push the total over.

The Pack Find Their Upset
In a game that had to be decided in overtime, the Green Bay Packers (4-6) dealt a painful setback to the Dallas Cowboys (6-3). After losing five in a row, the Pack found the victory they were looking for.

Mason Crosby’s 28-yard field goal in overtime gave the Packers the win, as they rallied from a 14-point deficit in the third quarter. Along with Crosby, Green Bay’s hero was rookie wide receiver Christian Watson, who sealed the first three touchdowns of his career in just one game. He caught four passes and had 107 yards in total.

Aaron Rodgers was 14-of-20 for 224 yards for the Packers, adding the three TD passes to Watson. He also went an entire game without throwing an interception.

For the Cowboys, Dak Prescott proved that football’s not yet done with him. He went 27 of 46 for 265 yards, also adding three aerial TDs. However, his two INTs cost Dallas in a big way.

The Packers snapped a five-game skid in a major underdog upset. They also helped push the game above the 44.5 total to give those who backed the over reason to celebrate.

The Packers, second in the NFC North, take on the Tennessee Titans on Thursday Night Football this week. The Titans sit atop the AFC South at 6-3 and will be coming off a bye week. If Rodgers can pull off another upset, he might just be back in the game.