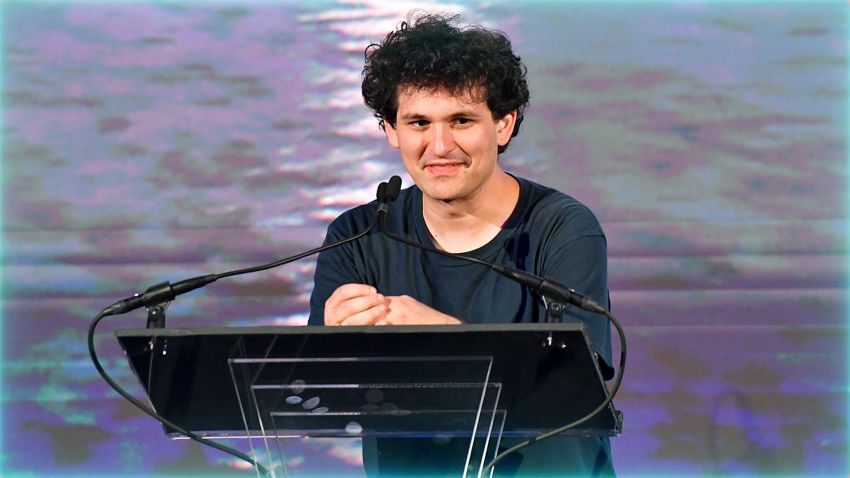 Aftershocks from the massive earthquake in the trillion-dollar crypto industry last week continued to reverberate on Monday.

Prices of digital currencies fell again as the crisis engulfing the market deepened over the weekend. Bitcoin, the world’s biggest cryptocurrency, has plummeted about 65% so far this year. It was trading at about $16,500 on Monday, according to CoinDesk. Analysts believe that it could fall below $10,000.

Ether, the world’s second most valuable cryptocurrency, isn’t faring much better. It was trading at about $1,230 on Monday, having sunk over 20% over the last week, CoinDesk data showed.

The plunge comes as investors continue to grapple with the stunning implosion of FTX, one of the biggest and most powerful players in the industry.

Some industry insiders have said the company’s downfall had triggered a “Lehman moment,” referring to the 2008 collapse of the investment bank that sent shockwaves around the world.

The episode has not just destroyed confidence in the crypto industry, but will also embolden global regulators to tighten the screws. Some of the biggest names in the business said they will welcome the scrutiny, if it helps restore faith in the industry.

There is a “lot of risk,” said Changpeng Zhao, who runs Binance, the biggest crypto exchange. “We have seen in the past week things go crazy in the industry, so we do need some regulations, we do need to do this properly,” he added.

CZ, as he’s known, was speaking at a conference in Indonesia on Monday. He said last week that comparing the current crypto turmoil to the 2008 global financial crisis is “probably an accurate analogy.”

FTX has continued its downward spiral after filing for bankruptcy on Friday. Another big name from the industry has also admitted to mishandling funds, spooking investors even more.

Here is how things have unfolded over the last few days, showing the crisis has only just begun.

Criminal investigation in The Bahamas
FTX moved its headquarters from Hong Kong to The Bahamas last year, with former CEO Sam Bankman-Fried hailing it as “one of the few places to set up a comprehensive framework for crypto” at the time.

On Sunday, the authorities in The Bahamas said they were investigating potential criminal misconduct surrounding the company’s implosion.

“In light of the collapse of FTX globally and the provisional liquidation of FTX Digital Markets Ltd., a team of financial investigators from the Financial Crimes Investigation Branch are working closely with the Bahamas Securities Commission to investigate if any criminal misconduct occurred,” the Royal Bahamas Police Force said in a statement.

It’s not clear which particular aspect of the swift collapse of FTX authorities are investigating.

Bankman-Fried, the 30-year-old founder of the exchange, was one of the faces of the crypto industry, amassing a fortune once totaling $25 billion that has since vanished. He had been viewed as the crypto world’s white knight, stepping in previously to rescue companies struggling after the collapse of the TerraUSD stablecoin in May.

FTX, backed by elite investors like BlackRock and Sequoia Capital, rapidly became one of the biggest crypto exchanges in the world. Its collapse was preceded by the decision to lend billions of dollars’ worth of customer assets to fund risky bets by Alameda, Bankman-Fried’s crypto hedge fund, The Wall Street Journal reported on Thursday.

A possible hack
The Bahamas probe came a day after the bankrupt exchange said it was launching an investigation of its own.

On Saturday, FTX said it was looking into whether crypto assets were stolen. Crypto risk management firm Elliptic said $473 million in crypto assets appear to have been nabbed from FTX.

Miller said that FTX was “investigating abnormalities” regarding movements in crypto wallets “related to consolidation of FTX balances across exchanges.”

The facts are still unclear, and the company will share more information as soon as possible, he added.

Accidental transfers and Binance warning
As scrutiny of big players in the crypto world increases, Singapore-based Crypto.com admitted to accidentally sending more than $400 million in ether to the wrong account.

CEO Kris Marszalek said Sunday that the transfer of 320,000 ETH was made three weeks ago to a corporate account at competing exchange Gate.io, instead of to one of its offline, or “cold,” wallets.

Though the funds were recovered, users are withdrawing their funds from the platform, fearing it could collapse like FTX.

“We have since strengthened our process and systems to better manage these internal transfers,” Marszalek tweeted Sunday. The platform’s native token has fallen over 20% in the last 24 hours, according to CoinDesk.

Marszalek said Monday that his firm has acted as a “responsible, regulated player since inception” and will soon “prove all the naysayers …wrong with our actions.”

Crypto.com has 70 million people on its platform globally, and its business model is “completely different” from FTX, he added.

“We never took any third-party risks, we do not run a hedge fund, we do not trade customer assets,” he said.

Marszalek said his firm will publish an audited report showing its reserves soon.

At the conference in Bali, Binance boss Zhao signaled that regulating the industry won’t be easy.

“It is very, very normal for a bank to move user assets for investments and try to make returns,” he explained. If a crypto exchange operates that way it is “almost guaranteed to go down,” he said. adding that the industry collectively had a role to play in protecting consumers.

“Regulators have a role… but no can protect a bad player,” he said.