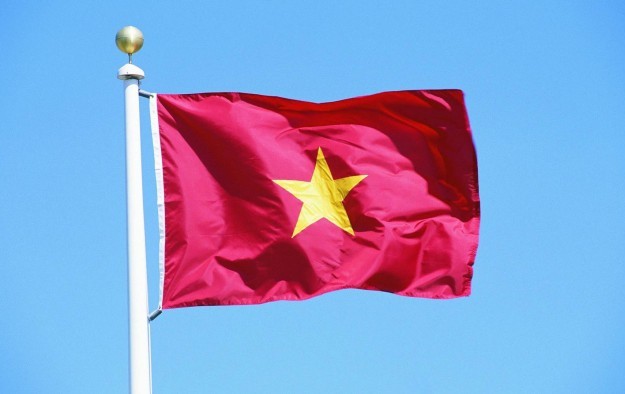 The announcement of Vietnam’s cooperation with China on security-enforcement issues, including against organisation of “cross-border” gambling, could be with an eye to boosting general tourism from neighbouring China when the latter nation eases pandemic-related constraints on outbound foreign travel, says Michael Zhu, a consultant covering the casino sector.

“With infrastructure improvements,” including better rail and air links, “Vietnam’s tourism market… has high potential that can be further realised with more inbound tourists from China in the years to come,” said Mr Zhu, senior vice president for international operations planning and analysis at industry consultancy The Innovation Group.

China has for some time talked of operating a watch list – which it refers to as a “blacklist” – against any overseas jurisdictions or individuals that solicit Chinese consumers as gamblers, or which target such consumers to engage in online “cross-border” gambling. Anyone “organising” such activity faces criminal penalitues under a legal code amendment that came into effect last year.

Vietnam has a significant casino industry though the venues can only serve either foreign players or Vietnamese with foreign ID. An exception is Corona Resort and Casino, on Phu Quoc, a holiday island in the south of the country, which is permitted to welcome Vietnamese as gambling customers.

The announced cooperation between Vietnam and China regarding cross-border gambling would be “likely to affect the VIP and premium segments more than the mass in the near term,” suggested Mr Zhu.

Ben Lee, managing partner of IGamiX Management and Consulting Ltd,said that despite Vietnam and China having a contiguous border, the amount of in-person gambling by Chinese at bricks and mortar casinos in Vietnam had been modest, even before the Covid-19 pandemic.

“Overall the volume of gambling by Chinese in Vietnam is relatively small,” he stated.

This was due to factors including “the industry still being tightly regulated and licences approved only by the politburo,” the ruling group of the Communist Party of Vietnam, he suggested.

This meant that in terms of bricks and mortar casinos or other gambling operations, Vietnam had “kept out the Chinese ‘cowboys’ we have seen in Sihanoukville and the Philippines”.

That was a reference first to a Cambodian coastal town that in the past few years became notorious globally amid reports and allegations of widespread, doubtful land-based and online gambling operations, some of them allegedly run by Chinese criminals. The second reference was to the alleged infiltration, within the Philippines, of Chinese criminals seeking to operate under the mantle of the Philippine Offshore Gaming Operator (POGO) sector.

Industry consultant David Green noted that, in his view, “the ambit of the agreement” between Vietnam and China “likely extends to any form of gaming inducement or promotion directed towards People’s Republic of China [PRC] residents”.

He said he formed this opinion on the basis that although the criminal law amendment on the Chinese mainland last year applies to ‘organising’ gambling by mainland residents, “the underlying policy driver is to discourage unstimulated demand for gaming among PRC residents.”

“Inducements and promotions would certainly be [within that] scope,” he added.

That would potentially include “the provision of credit, free or subsidised travel and accommodation, promotions coinciding with PRC holidays like [Chinese] New Year and the National and May Day Golden weeks, Chinese-language advertising of gaming or casino inducements on communication devices, and so on,” .

Mr Green is founder of Newpage Consulting Ltd and a former gaming regulator in Australia. He is also a former adviser to the Macau government on gaming.

He added that what “isn’t mentioned” in initial reports of the accord “is whether the two countries have, or intend to have, an extradition agreement, to facilitate enforcement and the reach of the Chinese criminal law”.

One of China’s concerns in relation to gambling businesses based overseas has been service providers – either via studio-based live video stream or casino-based ‘proxy’ play – willing to cater to Chinese customers. That is aside from purely online platforms that might seek the same customer segment.

Mr Lee said: “Vietnam has steadfastly maintained a total ban on online gambling, and, to our knowledge, there is very little evidence of that on the ground.”

But he added: “What they do have is proxy gambling, whereby bets are placed via proxies sitting at [casino] gaming tables.”

According to Mr Lee, “some of the casinos have had this form of gambling for several years, without any interference by the authorities”.