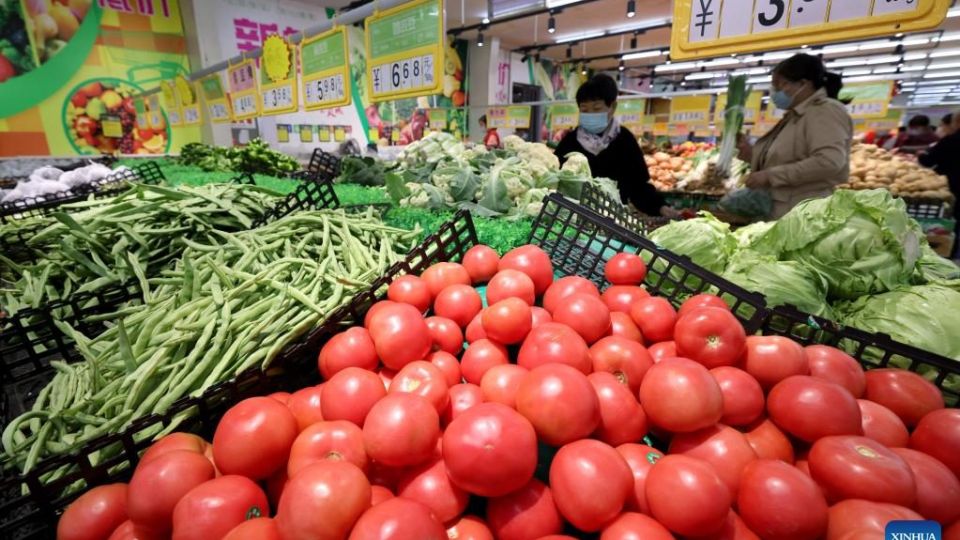 Some experts said they expect a cut in the reserve requirement ratio, which would reduce the amount of cash banks must hold as reserves, and thus boost lending and demand.

BEIJING – Producer price index also down 1.3%; full-year CPI expected to be around 2%

China’s inflation eased to a seven-month low in October, signaling subdued price pressure in the fourth quarter and providing room for macroeconomic policies to beef up support for domestic demand, experts said on Wednesday.

The country’s consumer price index, a main gauge of inflation, rose by 2.1 percent year-on-year in October, marking the lowest level in seven months and down 0.7 percentage point from a 29-month high in September, said the National Bureau of Statistics.

The NBS attributed the easing in inflationary pressure to a higher comparison base, rising supplies of vegetables, fruits and aquatic products, and softer consumer demand after the National Day holiday, which ended in early October.

The abatement in inflation was better than expected, with the CPI having been expected to rise by 2.4 percent last month, said market tracker Wind Info.

Meanwhile, China’s producer price index, which gauges factory-gate prices, declined by 1.3 percent year-on-year in October due to a high comparison base, following a 0.9 percent rise in September and marking the first drop in almost two years, the NBS said on Wednesday.

Experts said the falling CPI and PPI readings have painted a picture of subdued inflationary pressure in China while many major economies, such as the United States and the eurozone, are still raising interest rates to curb lingering high inflation.

“There is no doubt that China’s price levels will stabilize in the fourth quarter,” said Wang Qing, chief macroeconomic analyst at Golden Credit Rating International. “We expect full-year CPI growth to stand at around 2 percent, substantially below the control target of about 3 percent.”

The country’s year-on-year CPI growth may fall to about 1.8 percent in November, Wang said, given the expected peak of pork prices, falling vegetable prices and lukewarm consumer activity.

China’s contained inflation can underpin the country’s accommodative monetary policy stance despite ongoing global tightening, Wang said. “There is room for both monetary and fiscal policies to ease to an appropriate degree to stabilize growth by the end of the year.”

Some experts said they expect a cut in the reserve requirement ratio late this year or early next year, which would reduce the amount of cash banks must hold as reserves, and thus boost lending and demand.

Key reasons behind such expectations are the country’s mild price levels and the necessity to buffer the economic headwinds of the global economic slowdown, COVID-19 uncertainties and the ongoing real estate downturn, they said.

Owing to the pressure on domestic demand, the growth in core CPI — which excludes volatile food and energy prices and is deemed as a better gauge of the supply-demand relationship in the economy — stayed low at 0.6 percent year-on-year last month, unchanged from September.

As China’s exports have started to decelerate amid falling global demand, more policy efforts are needed to boost domestic demand, which can help maintain the growth of midstream manufacturers reliant on exports, said Zhong Zhengsheng, chief economist at Ping An Securities.

Zhong said policy efforts to stabilize demand, including those to boost infrastructure construction and equipment upgrade investment, have had some effect, with the PPI up 0.2 percent month-on-month in October, reversing a 0.1 percent drop a month earlier.

Zheng Houcheng, director of Yingda Securities Research Institute, said the country’s PPI growth may stay negative on a yearly basis in November due to the weakness of domestic real estate investment and global manufacturing activity.