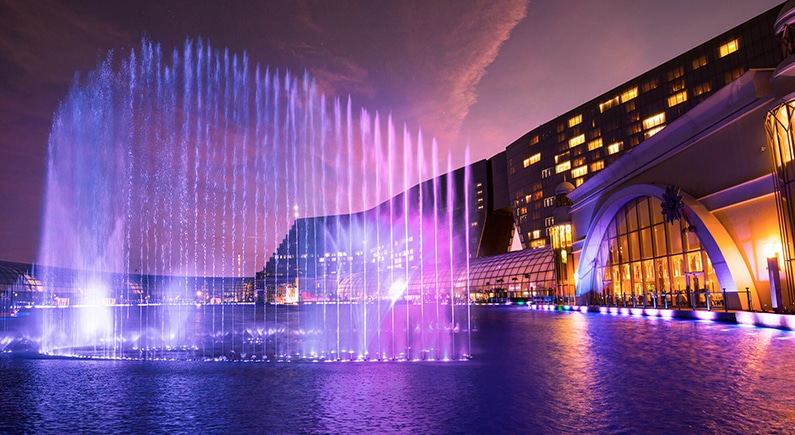 26 Capital Acquisition Corp. CEO Jason Ader said he’s confident of completing a $2.6 billion merger with the Philippines’ Okada Manila “well within” the given timeframe of one year, despite disruptions from the actions of billionaire Kazuo Okada.

26 Capital agreed on a merger with Okada Manila in October last year in a deal that would see the Philippines’ largest integrated resort gain a listing on the NASDAQ. The resort is operated by Tiger Resort, Leisure & Entertainment and ultimately owned by Japan’s Universal Entertainment.

The merger was due to complete at the end of September, but was extended after a team led by Japanese businessman Kazuo Okada took over control of the resort in May, reclaiming his position on the board from which he was ousted in 2017.

Market regulator, the Philippines Amusement and Gaming Corp. (PAGCOR) stepped in in September and ordered that Okada and his team vacate the property.

“It’s a fascinating situation that will make for a great book and movie, including the cast of characters that was involved in the takeover,” 26 Capital CEO Jason Ader told SiGMA News in an interview.

Ader sees strong investment case
“Universal has retaken control and business trends have been better than expected,” he said. “The opportunity to invest in the post-pandemic recovery in Asian gaming remains an attractive one, especially given the backdrop of Macau being very constrained by the zero-Covid policy.

“We extended the merger agreement by a year from the Sept. 30 expiration date. We certainly don’t need a year. It’s my view that Universal wanted to send a strong message that it will move forward. A year is more than enough time and we should be able to consummate the deal well within the deadline,” he said.

Auditors are currently reviewing data from the property to make sure there is proper accounting disclosure for potential investors, especially from the period when the property was no longer under Universal’s control.

This is likely to be completed by the end of the year and an updated disclosure form for investors will be filed shortly thereafter.

Once these steps are taken, Ader said the deal would be put to a shareholder vote for completion.

While many of the special purpose acquisition company (SPAC) deals in the U.S. appear to have come off the boil, due to a slowing economy, rising interest rates and falling equity prices, Ader argues that the rationale for the Okada transaction remains stronger than ever.

Asia is reopening after Covid and the Philippines is tracking for record performance, as it benefits from a strong desire for travel and the absence of Macau from the equation given the ongoing border closures due to zero-Covid.

Different deal drivers
“I think that there were far too many SPACs that listed in the 2019/2020 period and too much money raised and deals done for companies that were premature. Those deals have performed quite poorly,” Ader said.

“What I tried to do differently as a SPAC sponsor, was that I wanted to make sure that there were two key attributes. The first of which was it had to have significant positive cashflow and profits and not need funding and that’s definitely the case for Okada Manila as it’s profitable virtually every day.”

The second is that it’s a physical asset that Ader estimates would cost above $4 billion if it were to be built from scratch today.

“This is very different than a majority of the SPACs, which were mid-to- late stage tech companies that didn’t have the maturity or bricks and mortar nature of this transaction.”

The listing is just the first step for Okada Manila, Ader said, with expansion outside of the Philippines on the cards, including potentially New York, where preliminary interest has been filed.

Being one of the first European countries to regulate the gaming sector, Malta is a hub of global business. With a plethora of prospects for both investors and entrepreneurs looking to shape the future, SiGMA’s Malta Week event will bring together industry giants among the affiliates, operators, and suppliers of the sector.