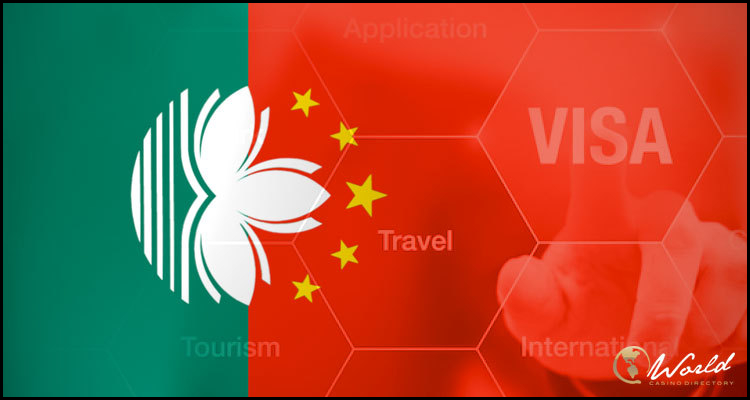 The Chinese government’s announcement earlier today that it will be fully reinstating its eVisa scheme for mainlanders wishing to travel into Macau reportedly marks a ‘significant’ step in the post-coronavirus recovery of the local casino scene.

According to reports, this assertion from American investment bank JPMorgan Chase and Company comes after a year in which casinos in the former Portuguese enclave have suffered at the hands of Beijing’s decision to limit travel so as to help stop the spread of the coronavirus pandemic. The source detailed that this move has been blamed for a dramatic reduction in the city’s aggregated gross gaming revenues with the figure for since the start of January currently down by 53.1% year-on-year at approximately $3.93 billion.

However, JPMorgan Chase and Company analyst DS Kim reportedly used an official filing to declare that the complete reintroduction of the eVisa scheme from tomorrow morning represents a ‘significant step towards Macau’s normalization’ and should help casino operators in the city to dramatically improve their coming earnings before interest, tax, depreciation and amortization figures. The knowledgeable figure purportedly moreover forecast that his enterprise is now confident that the industry will experience ‘gradual yet meaningful recovery from December’ that could well see mass-market gaming receipts eventually reach 35% of their pre-pandemic levels.

Reportedly read a statement from Kim…

“We think the resumption greatly alleviates the frictions for a Macau trip [such as] no need to pre-book an application slot, no need to get interviewed and no need to wait seven-plus days to get a visa approved.”

Despite this optimism and Kim reportedly went on to declare that anyone wishing to enter Macau from China is to remain subject to ‘multiple testing requirements’ so as to make sure they are completely free from coronavirus. The practiced professional furthermore purportedly added that ‘overall travel sentiment’ among potential mainland visitors remains ‘very downbeat’ amid a recent local resurgence of the deadly ailment with his organization ‘under no illusion’ that aggregated gross gaming revenues ‘will suddenly snap-back upon eVisa resumption.’

The move disclosed by the China National Tourism Administration has reportedly been welcomed by the government of Macau and means that those mainlanders who may want to travel into the casino-laden enclave will now be able to again electronically submit their application for a required travel visa. It is noted that this easing is to additionally apply to those utilizing package tours with the city expecting to welcome such groups from neighbouring Guangdong Province first followed by corresponding units from Fujian Province, Zhejiang Province and Jiangsu Province in addition to the giant metropolis of Shanghai.

Reportedly read a statement from the government of Macau…

“The central government’s resuming of the eVisa applications for mainland China residents to visit Macau and the Macau-bound package tours from the ‘four provinces and one city’ are important drivers for Macau’s economic recovery.”