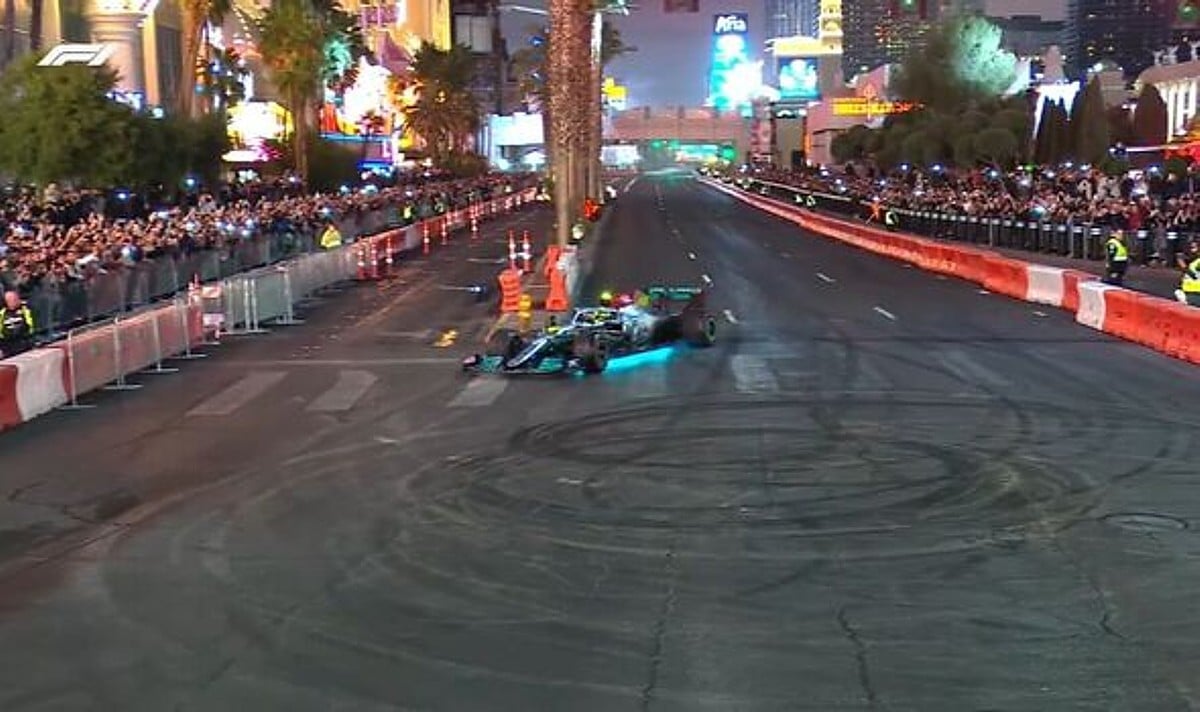 Lewis Hamilton botched the celebratory doughnuts he performed on Saturday evening, following a promotional drive the Formula 1 driver completed down the Las Vegas Strip as part of the Las Vegas Grand Prix launch party. Because of low visibility from the smoke clouds he created with his Mercedes, the seven-time world champion ended up stuck on a Las Vegas Boulevard center divider.

“I nearly crashed yeah,” Hamilton said, laughing off the incident while asked about it on stage. “There was so much smoke, and I had no idea where I was. I was completely lost. I couldn’t figure out the buildings, so I started pulling out, and then the barrier [was there].”

Hamilton was not injured, nor was his car damaged. F1 racers Hamilton, George Russell, and Sergio Perez drove their cars down the Las Vegas Strip to show them off as part of the launch party, (The real track won’t be ready to drive for nearly a year.) Hamilton was the last out for the drive.

Hamilton’s lack of visibility was ironic considering that all three were driving the first F1 cars equipped with “underglow” lights, a neon-blue undercarriage attachment designed to look cool, but also to increase nighttime visibility for the drivers. There is no guarantee that the lights will feature at Las Vegas next year, or in any night race. However, the new car feature has gone viral on social media, with fans expressing hope that all night F1 races will include it.

On Your Marks, Get Set … Pay!
The inaugural Las Vegas Grand Prix will take place between November 16-18, with tickets, hotel rooms, and packages going fast, despite their high cost.